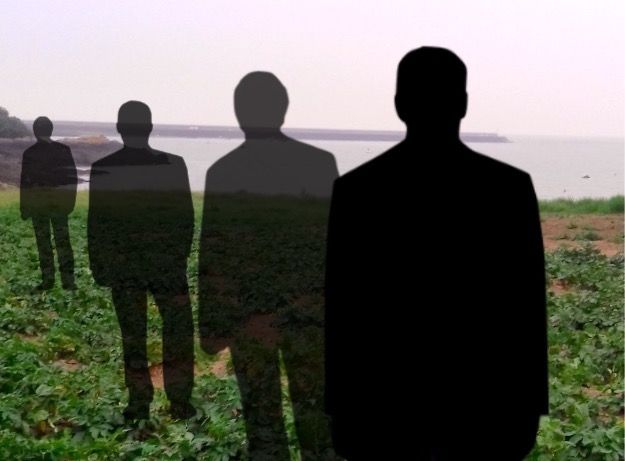 The National Trust will have to fight off competition from four anonymous bidders to take hold of coastal farmland controversially put up for sale by the States, it has emerged.

The publicly-owned area in St. Catherine – known colloquially as the Pine Walk – was “quietly” put out for tender earlier this year, despite forming part of the Coastal National Park.

While there will still be a presumption against building on the three fields that make up the site following the sale, the National Trust feared that those Planning rules could be loosened under a new owner, leading them to put in a bid for the site, which is valued at up to £100,000.

But States officials have now told Express that they’ll be battling against four other prospective buyers to win the approval of new Infrastructure Minister, Deputy Kevin Lewis.

Pictured: Deputy Kevin Lewis, the new Infrastructure Minister, will make a decision on who should be given the land. (Vote.je)

Before being put out to tender, the land had been looked after by local farmer Colin De La Haye, who had used it for over a decade to grow potatoes and daffodils. But he told Express he was “suddenly” warned that he’d be kicked off the sea-facing plot so that the States could sell it around 18 months ago.

Officials said the decision came because it was no longer value for money for them to retain the land.

But the fact the sales process had been initiated without significant advertising – and before a new Infrastructure Minister had been appointed – led to concerns from Mr De La Haye that the land was already destined to fall into the hands of a developer or neighbouring high-value resident in what he described as an “unacceptable” loss of public land.

He led calls backed by Deputy Carolyn Labey, who accused Jersey Property Holdings of “selling the family silver”, to retain the land for agricultural purposes or make it into a park for public enjoyment.

Keen to provide that solution, the National Trust recently wrote to States Members to request their support for that solution.

The endeavour has so far received strong public backing on social media, alongside a second bid to buy a sand dune stretch along St. Ouen’s Bay, which comprises a World War Two bunker. 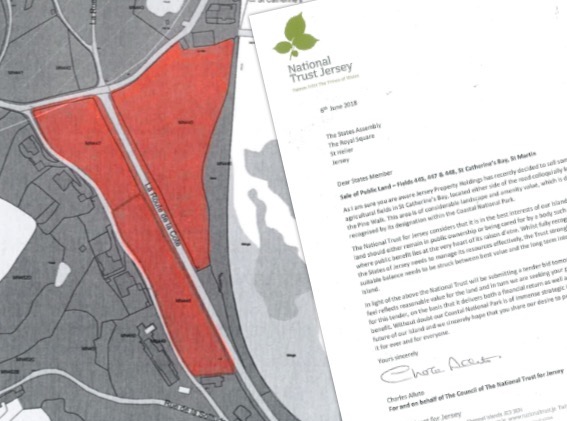 Pictured: The National Trust wrote to States Members to ask for their support in buying the St. Catherine's land.

It’s currently up for grabs for around £250,000 – a sale the Trust described as a “once in a lifetime opportunity to permanently safeguard this biodiverse expanse of coastal duneland for the benefit of the island.”

But raising the funds for the latter piece of land in a short space of time was branded a “big challenge”, leading the Trust to appeal to the public for donations.

Video: The St. Ouen land the National Trust are also hoping to acquire.

Posted by The old git Git on Jun 20th, 2018
That piece of land should be "ONLY USED" for the public to enjoy. There was no hesitation when the Pontins Holiday Village up for sale who was going to buy it, and that is really out in "the sticks".
Posted by Christine Garnier on Jun 20th, 2018
I think both these parcels if land should be gifted to the national trust for care and public use , that amounts involved are not a fortune
Posted by Louise Bree on Jun 21st, 2018
So the public are being asked to donate towards the purchase of land that is already rightfully owned by them? Perhaps this is the reason Routier was quick to change the law allowing 1.1ks to buy up anything they wanted. It stinks!
To place a comment please login Login »