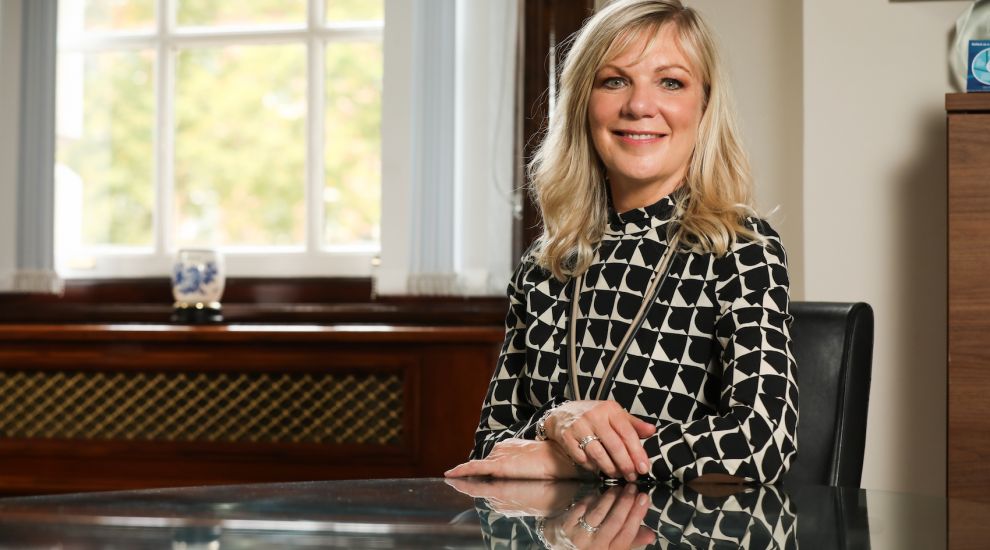 Nearly 70 people applied for the island’s top civil service job, with just four being on-island candidates, the Government has revealed, as it confirmed Suzanne Wylie as the new CEO.

Overall, more than 200 initial expressions of interest were received for the role, resulting in 67 formal applications.

Four were from Jersey-based candidates, while one was from a candidate with ‘Entitled’ status not based in Jersey.

Of these, seven were invited to final interview – six from off-island and one on-island. Four were men and three were women.

Ultimately, the top candidate was Belfast City Council CEO Suzanne Wylie, who was officially confirmed to be taking the leading Government role this morning, becoming the island's first ever female Chief Executive. She was also the first woman to be appointed CEO at Belfast City Council.

Her predecessor, Charlie Parker, had benefited from an annual salary of £250,000, a ‘top-up’ pension arrangement, and a deal to grant him Jersey qualifications after a number of years of “satisfactory” performance.

Responding to questions from Express, the Government confirmed that Ms Wylie's salary will be £250,000 per year - in line with her predecessors - alongside "usual pension arrangements", and that she will be "licensed entitled". She will be starting the role on 1 February 2022.

She leaves the Northern Ireland-based role she has held since 2014 after developing a 20-year city strategy which aimed to create more jobs, address skills shortages, address inequalities and regenerate areas of the community.

In the role, she was held accountable by a 60-member council, representaing eight political parties across 10 electoral zones.

“I am delighted to be taking up this important role. As a committed and career public servant, I will be using my experience to focus on tackling the crises, inequalities and areas of deprivation that have been created or exacerbated by the pandemic,” said Ms Wylie, who has three grown-up children and two dogs.

She went on to explain that, upon moving to Jersey, her “priority will be to support the Council of Ministers with their ambitious agenda, and to focus the public service on improving the lives of those most in need and on removing any barriers to their success. I will then prepare the public service for the election and deliver for the new administration.”

She continued: “As Belfast born and raised, I was honoured to lead my home city’s council for the last seven years and it will always hold a very special place in my heart. Jersey is unique and, like Belfast, has many similar values, challenges and opportunities. I am very much looking forward to integrating into island life, getting to know the people, those elected by them, and Government employees.

“It will be a privilege to get to know more about the culture, traditions, heritage and pride which make Jersey special and, of course, doing my bit to ensure that the Government protects these. I appreciate there is much to be done to enhance life for all, both now and in the future. I want to build the right relationships and lead a talented and motivated organisation to support Ministers to both address the challenges we face and embrace the opportunities that exist.

“I know the civil service is going through significant change and I will take Paul’s advice on continuing to lead and support civil servants through that change, taking time to listen to diverse perspectives and nurturing Islanders to advance into leadership positions across Government.”

Chief Minister Senator John Le Fondré added: “Suzanne brings with her a wealth of experience and fully merits this appointment. Leading the largest local authority in Northern Ireland, she has advanced the vision and ambitions of elected politicians, managed complex external relations with other jurisdictions, and driven internal modernisation to increase innovation and productivity.

“Suzanne has proven success in tackling inequalities and encouraging community cohesion, which will be crucial for Jersey as we accelerate out of the pandemic in a way that puts children first and improves standards of living for everyone.”

Pictured: Interim CEO Paul Martin did not apply for a permanent role.

Her appointment followed an ultimately withdrawn bid by Assistant Minister Deputy Kirsten Morel to delay recruitment until after the 2022 elections, keeping Interim CEO Paul Martin in post until then.

Mr Martin, who did not himself apply for the role, said: “I would like to thank the people of Jersey for the opportunity to serve the island and I congratulate Suzanne in securing the role.

“When Suzanne arrives in February, I will hand over my duties as Chief Executive and support her during a handover period. I know she will find Jersey as welcoming and wonderful an experience as I have since arriving in March.”

The latest Bailiwick Podcast focused on Ms Wylie's background, and the hurdles in appointing her...

Posted by nigel pearce on Sep 20th, 2021
She says “it will be a privilege to get to know the culture, traditions, heritage and pride that make Jersey special…” How did she get the job if she knows nothing about the island (other than it pays £100,000 more than Belfast)?
Surely one of the four locally based applicants must have been suitable for the position.
Posted by Keith Marsh on Sep 20th, 2021
Whilst I am sure that Suzanne will deliver on her commitments, and I wish her well; I still feel that within our Island there must have been a suitable candidate.
I have to pose the question was this appointment because she was female and the want of our Chief Minister to "balance" up the scale in equality.
To place a comment please login Login »