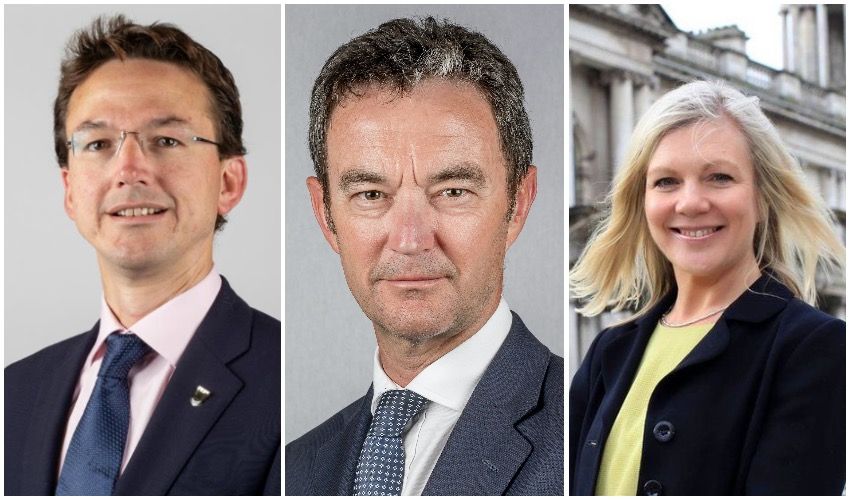 An attempt to delay the appointment of the next Government CEO until after next year’s election has failed after States Members were told that it would be unlawful.

Deputy Kirsten Morel withdrew his proposition seeking a delay after the Assembly received clear and unambiguous legal opinion from the Solicitor General, who told politicians that changing a recruitment process that is set out in law would be open to judicial review.

Between lodging the proposition at the end of July and Wednesday’s debate, it was revealed that an offer had been made and accepted by current Belfast City Council Chief Executive Suzanne Wylie.

However, as first reported by Express, the next stage of the process - contract signing -  was put on hold as soon as Deputy Morel’s proposition was lodged. With it being withdrawn, a major obstacle threatening Ms Wylie’s appointment has fallen away.

Deputy Morel has withdrawn his proposition regarding the Government of Jersey CEO recruitment process.

In presenting his proposition before withdrawing it, Deputy Morel said that recruiting a CEO now was a gamble that the island could not afford to take.

The Assistant Minister praised Interim Chief Executive Paul Martin, who he said had done much to reverse the “cronyism, diminishment of status of the Assembly and lack of understanding in Jersey” that he believed had typified the previous leadership.

He added that the CEO should provide stability during the “necessary and inevitable instability of an election period”.

The Deputy then asked for the opinion of the Assembly’s legal adviser, Solicitor General Matthew Jowitt, who clearly stated that the proposition, if successful and enacted by the States’ Employment Board, would “drive a coach and horses” through the article in the island's Employment Law that sets out the selection process for the head of the civil service.

Pictured: In a speech before announcing he would be withdrawing his proposition, Deputy Morel paid tribute to Interim CEO Paul Martin.

He also called for “much-need reform” of both the SEB and the Jersey Appointments’ Commission, which oversaw the selection process.

Posted by Scott Mills on Sep 15th, 2021
I've already had a bet a ladbrokes that person coming in, WILL receive a goldenhandshake goodbye. Form is good Jersey. Lovely beaches
Posted by Ann Robbie on Sep 15th, 2021
What odds did you get Scott. If I was Ms Wylie I would be running for the hills but on saying that I wish her luck. She will need it.
Posted by anthony turmel on Sep 15th, 2021
get em in..get em out...how long will she stay is the question...buy local,employ local.!
Posted by Keith Marsh on Sep 15th, 2021
I'm sure that Suzanne Wylie will do a good job, however it is wrong that such an appointment has been made at this time, when elections are due soon. I have to agree with Deputy Morel
that under this dreadful Government, the States Assembly might as well not be there.
There MUST be a big change in the way that our little Island is governed
Posted by John Sheen on Sep 15th, 2021
I’m sorry Keith - are you seriously suggesting that a bunch of politicians (politicians so conflicted that they couldn’t even see the good in bringing in rental reforms and rights for tenants) should have some kind of say in who gets one of the most important jobs on the island??? Are you for real?
This appointment should be kept as far away as possible from politicians - as should most things to be honest.
To place a comment please login Login »