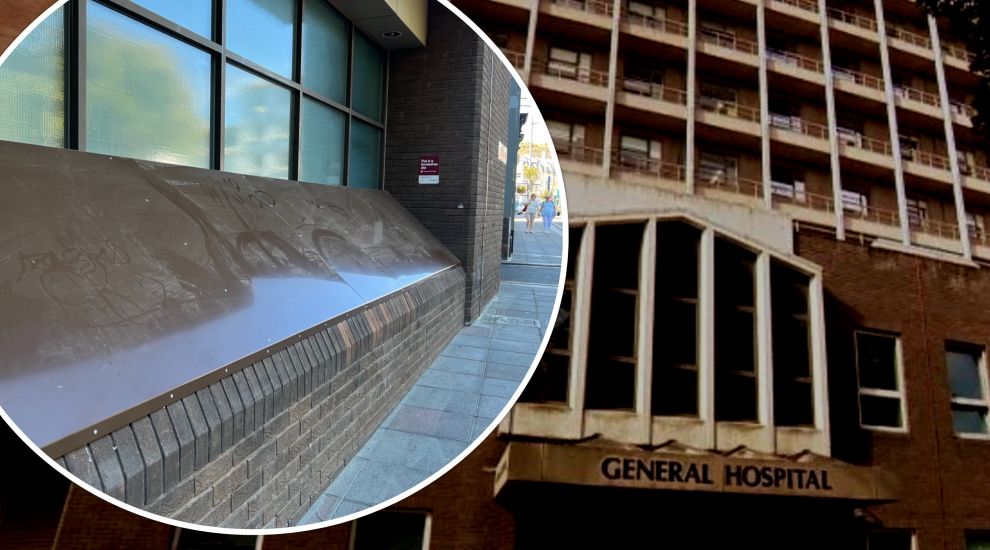 A sloping ledge has been installed outside the hospital’s main entrance, to replace the previous flower boxes, for “health and safety” reasons, the Government has said.

Its arrival prompted speculation from some islanders that it was designed to stop individuals from loitering or taking overnight shelter in the area given concerns raised in previous years about incidents of drinking, drug use and rough-sleeping around Parade Gardens and the wider area.

"Is this really how this government wants to be known for dealing with alcoholics and homeless?" one wrote to Express. 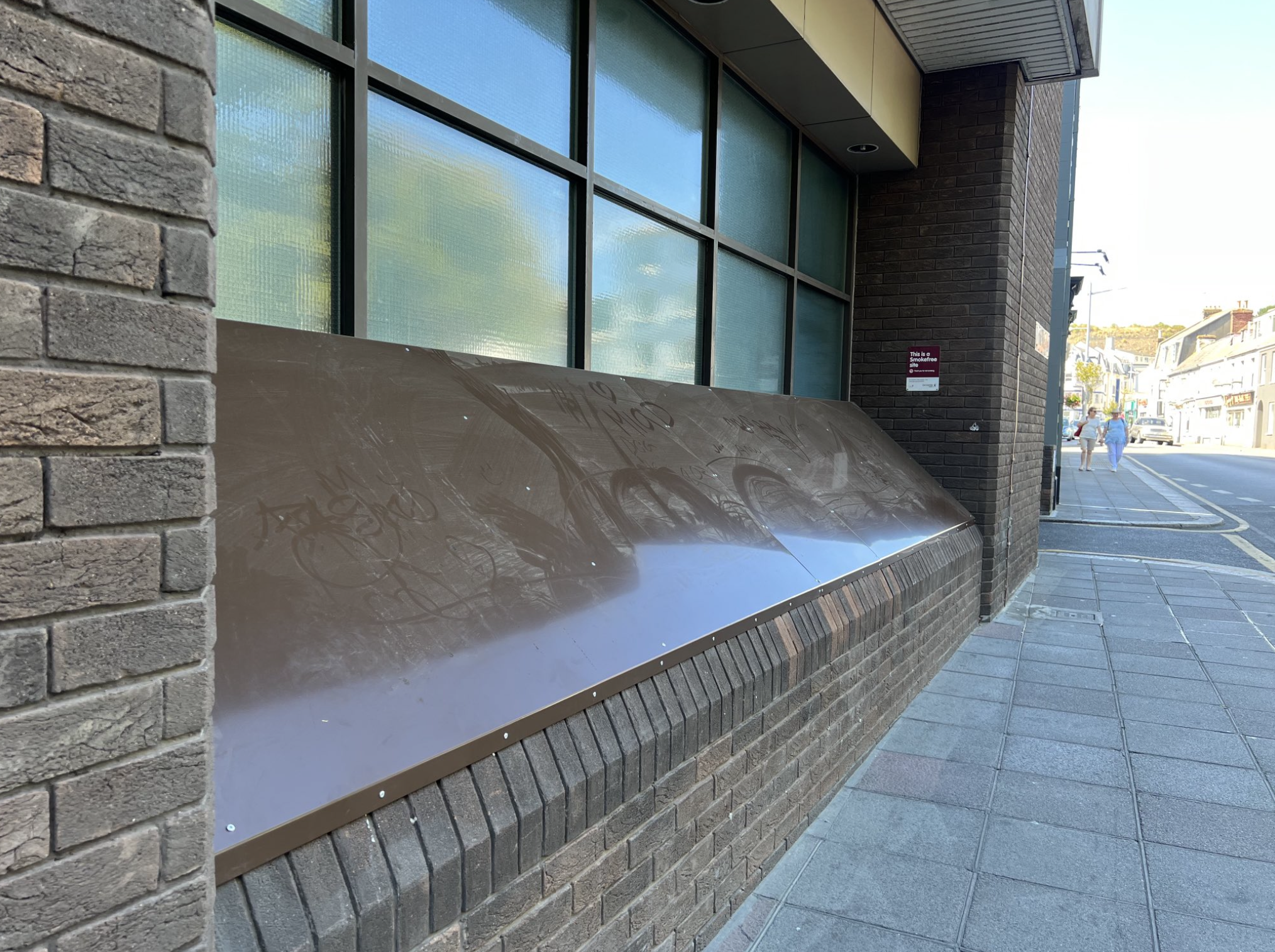 Pictured: The sloping ledge replaced a ledge with flower boxes in July.

However, when asked by Express whether the intention was to discourage homeless individuals from taking shelter there, the Government instead pointed to health and safety.

"Two panels were fitted to the window sills outside the entrance to the General Hospital in July for health and safety reasons as used needles, beer cans and cigarette butts were being placed within the empty flower boxes that were previously on the ledges," a spokesperson said.

"A decision was made to install the panels at a cost of £3,400 as the rubbish posed a fire risk and required staff to dedicate time to clear the flower boxes daily.

"The panels have been installed at an incline to make it difficult for members of the public to tamper with them, or be at risk of injury if they were to climb on them."

Express also asked what Government policy was on including so-called 'hostile architecture' on public buildings, and whether any other examples had been installed on public buildings in the past year – these questions were not answered.

The topic of how the island deals with homelessness was a topic of much local discussion over the weekend after a wheelchair user spent two days and nights outside Castle Quay, leaving residents "very concerned" for his welfare.

Housing Minister David Warr, who owns a café in Castle Quay, said that he was unable to find a solution.

This pm I tried to find a roof for a homeless man in a wheelchair & other health cons. I failed!There are over 300 abandoned properties in this Island yet I can’t find one appropriate room. What type of society have we become? Tonight he sleeps outside in his chair, that’s wrong.

He tweeted on Saturday: "This pm I tried to find a roof for a homeless man in a wheelchair & other health cons. I failed! There are over 300 abandoned properties in this Island yet I can't find one appropriate room. What type of society have we become? Tonight he sleeps outside in his chair, that's wrong."

In early 2021, the Jersey Homelessness Strategic Board released a strategy with eight key points to tackle homelessness in the island – among them was creating a permanent emergency housing team and creating a statutory definition of homelessness so the responsibilities of the government towards individuals struggling without a home can be clearly defined.

Last month, just weeks after being appointed to his Ministerial role, Deputy Warr expressed his shock that a total of 167 people were in shelter accommodation in Jersey.

EXPLAINED: What does it mean to be 'homeless' in Jersey?