New bakery sells out of sourdough within two hours of opening 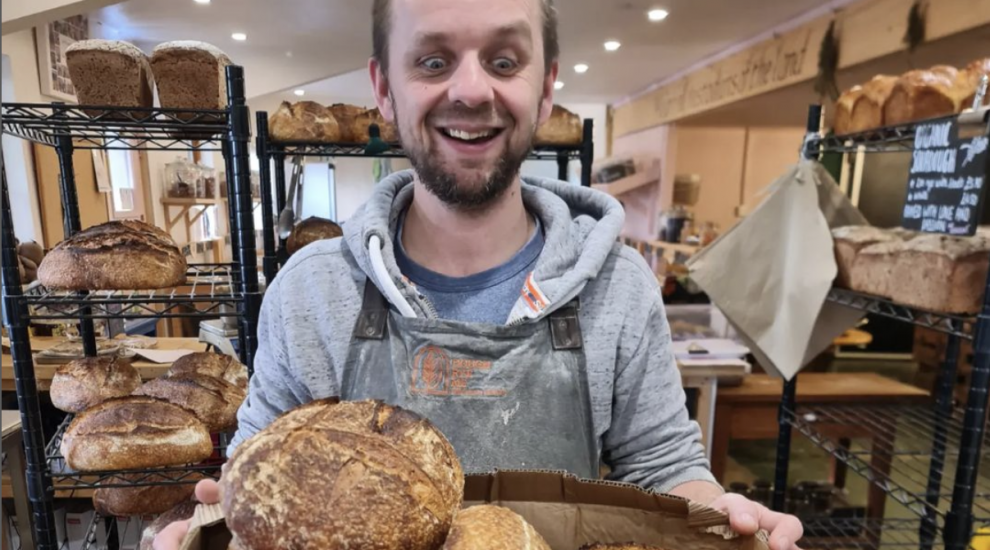 New bakery sells out of sourdough within two hours of opening

A new organic bakery run by a former hospital cook whose passion for baking only began heating up four years ago sold out of sourdough within just two hours of opening on the weekend.

Dough Rye Me, which opened in St. John's Village last Saturday, is run by Pawel Zygiewicz and his small team of two.

Pawel only completed his "first ever bake" in 2019 - after that, "I knew it was going to be my life now," he recalled.

From then on, Pawel started baking more and more.

After a year of continuous baking at home - and after his wife complained about all the flour he was keeping stored behind the sofa - Pawel decided to leave his job working as a cook for the General Hospital in 2020 to pursue his new-found passion.

He rented a small-space from the Sustainable Co-Operative (SCOOP) on a part-time basis and started his own micro-bakery, eventually selling his sour-dough to businesses like Hank Marvin, Vinefera, Midlands Store and Sam's Brunch.

According to Pawel, his sourdough is "completely different from what you see in the supermarket."

It is made sustainably, almost entirely from produce grown organically in Jersey. The only non-Jersey product is the flour, as there simply isn't enough wheat grown on the island.

Two years later, he finally decided it was time to fly solo.

"We thought it would be much nicer to build a relationship with a small community," he said of the move to St. John's Village.

While Pawel had already met with parish Constable Andy Jehan in the lead-up to opening, and had worked alongside parishioners to get the store ready, he was nonetheless nervous to open for the first time to the community.

"It's taken a lot of time, stress and emotion... I'm not a business person really, it's all about the love of baking," he said.

Despite his nerves, the first day went exceptionally well.

"We had no idea it would be so good. We never expected the St. John community would welcome us like this," Pawel said.

On that first day, the bakery sold out of sourdough within two hours, and "people were practically knocking through the door."

Pawel is optimistic about the future of the area, and hopes that it will continue to thrive.

He said: "There are so many lovely business here, some people won't even need to go to town...we hope that our bakery will help to keep the village alive."