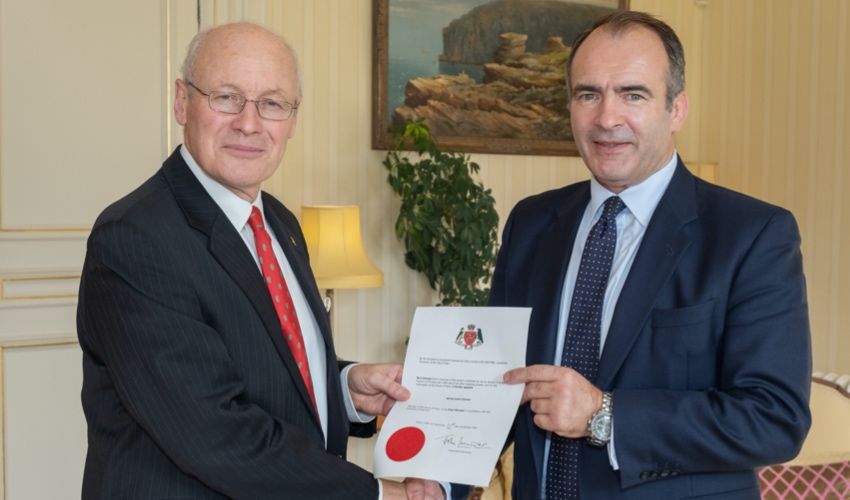 The Isle of Man has a new Chief Minister, who is likely to work closely with senior politicians in Jersey on Crown Dependency matters.

Alfred Cannan replaces Howard Quayle, who retired as a politician last month, when the island went to the polls to elect a new House of Keys.

Formerly Treasury Minister, Mr Cannan (58) was first elected to the Manx lower chamber in 2011 and was re-elected in 2016.

He narrowly lost out to Mr Quayle then to become Chief Minister and was given the Treasury portfolio.

Last month, he topped the poll in in his Ayre and Michael district with 2,117 votes, 914 more than the runner-up.

While Treasury Minister, Mr Cannan oversaw the Government’s £123m purchase of the Steam Packet ferry company in 2018 after it failed to agree terms with the operator.

More recently, he defended the nationalised company after a crewmember was identified as a source of the island’s most serious Covid outbreak.

A report commissioned after the incident concluded that the Government failed to prioritise “the overarching risk in relation to the continuity of Steam Packet Company operations”.

Mr Cannan, who is former army officer, was this week presented with his Chief Minister’s warrant by the island’s Lieutenant-Governor, Lt-General Sir John Lorimer.

An announcement on who will serve in the new Council of Ministers is expected in the coming days.

The Crown Dependencies often work together on common matters, particularly in relation to their relationship with the UK. These include the islands’ position on creating public registers of beneficial ownership and their inclusion in the post-Brexit UK-EU trade agreement.

Under 50% of islanders in survey agreed with covid strategy