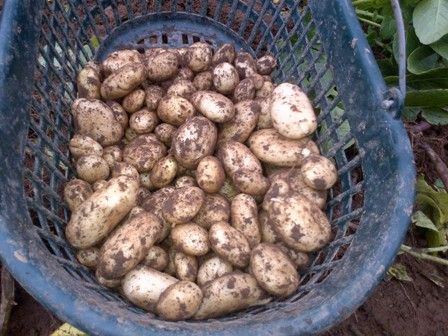 A group of Jersey farmers have come together to ensure that home-grown vegetables will continue to be sold in Island supermarkets.

It was feared that all veg sold in supermarkets would have to be imported after Amal-Grow announced last month that it was closing down in July, with its 49 employees facing redundancy.

Concerns were raised that the Island would be dangerously reliant on imports and shelves would quickly empty if the supply chain was broken through bad weather or technical problems. The Co-op even drew up plans to charter an ex-military transport aircraft when the boats were cancelled.

But Charlie Gallichan of Woodside Farm in Trinity is stepping into the breach with a group of other growers – promising to have a packing operation up and running by the time Amal-Grow shuts down. He also hopes to employ as many ex-Amal-Grow workers as possible.

Environment Minister Steve Luce is supporting the project and is likely to offer States funding, most likely in the form of a commercial loan.

Mr Gallichan said: “After Amal-Grow announced its plan to close, the head of the Co-op in the Channel Islands, Colin Macleod, threw down the gauntlet and suggested local farmers come together to form a co-operative.

“While we haven’t got time to create a fully fledged co-operative, Woodside can take the lead with the support of other growers. Amal-Grow’s model clearly didn’t work but by coming together, we can reduce overheads and make the business viable. And the benefits are clear: locally produced veg in the supermarkets at a competitive price.”

St John-based Amal-Grow was founded in 1976 by farmer Tony Le Brun, who sold it to Albert Barlett and Sons in 2013. It is understood that most of the land farmed by Amal-Grow will be used for growing Jersey Royals instead.