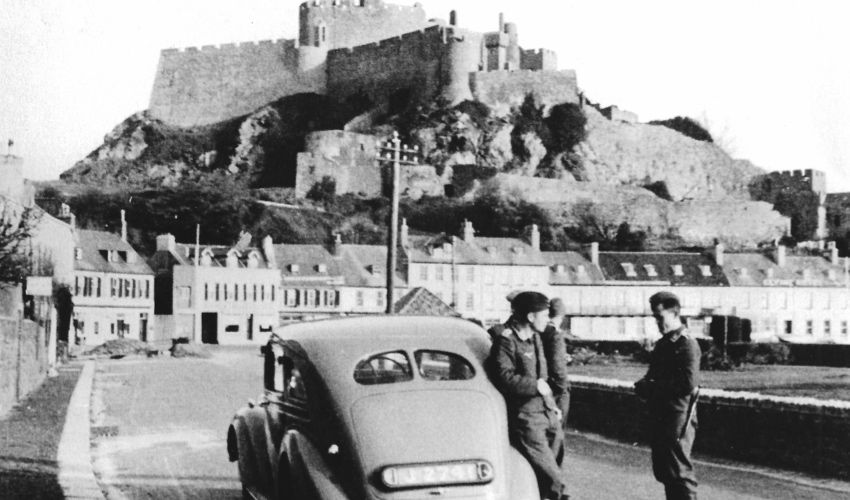 A new diary of the Occupation has been published by the granddaughter of its author, who kept a detailed account of life in Jersey for her absent sons.

‘If These Lines Survive’ was written by Marie Sandeman, whose son Brian taught at De La Salle College for many years after the war, before coming a Catholic Priest.

His wife, Jane, was elected to the States as a Deputy and Senator in the 70s and 80s.

Marie Sandeman, née Blandin, was born in Evian in 1880 and it was there that she met her husband, Major Victor Sandeman, who was recuperating there having been severely injured in the Boer War.

The couple moved to Jersey with their two sons, Philip and Brian, in 1932. 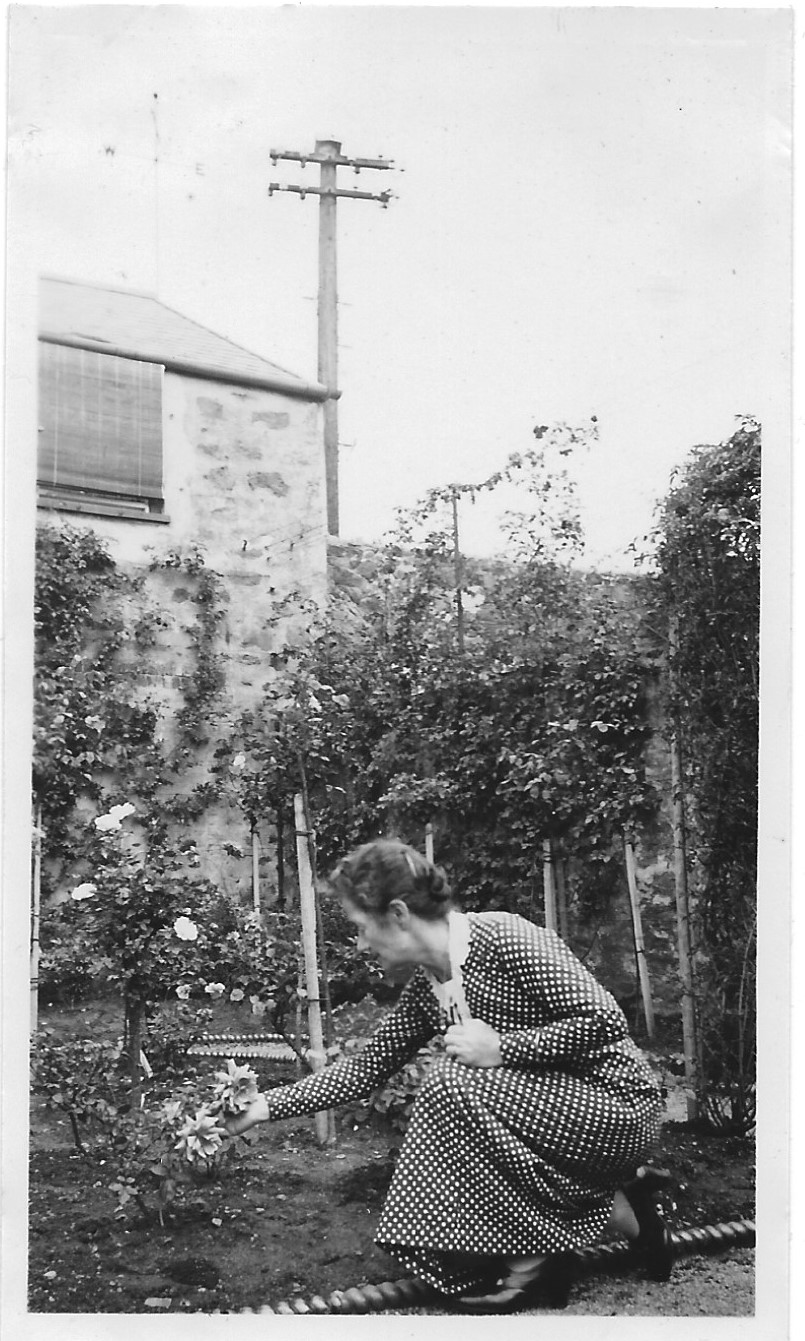 Pictured: Mrs Sandeman in her garden at 55 Rouge Bouillon.

The boys were at school in England when the Occupation began so Mrs Sandeman began penning a detailed diary of life in Jersey, written in French, for her absent sons, who stayed in Yorkshire during the war.

Almost eight decades later, her granddaughter Anne Penn, Fr Brian and Senator Jane’s daughter, has finished translating 1,200 sides of handwritten loose A5 pages with the help of friends and family. 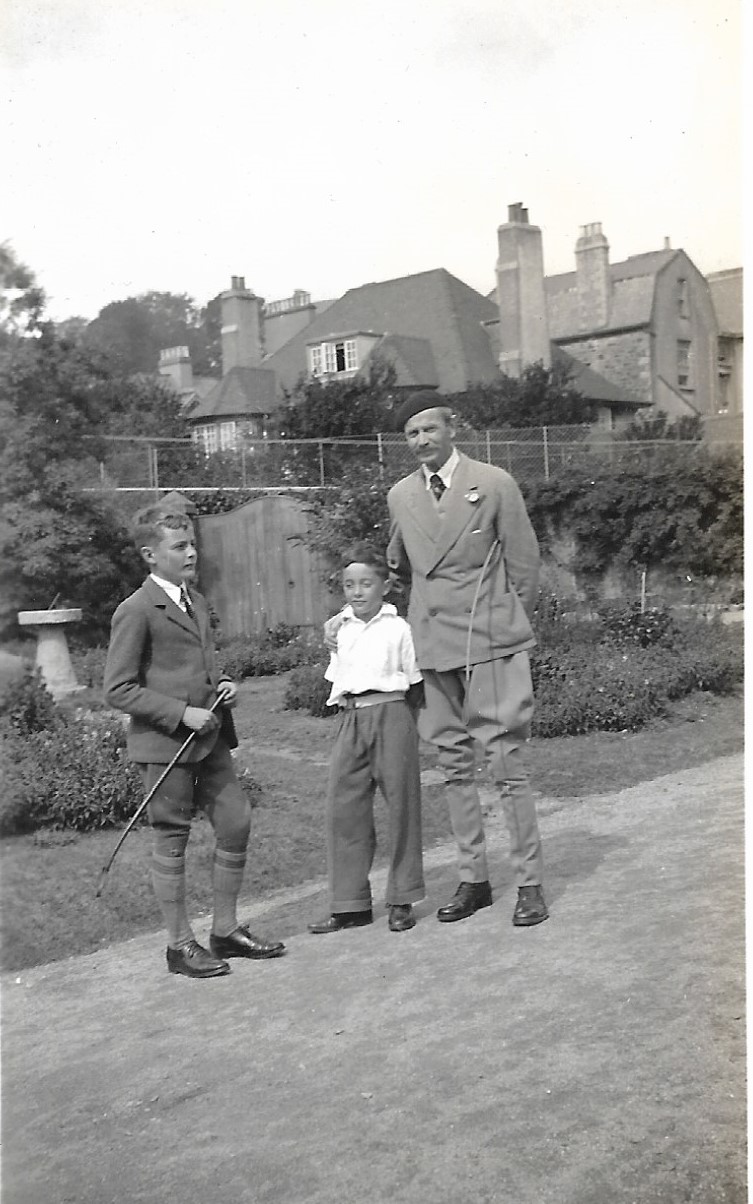 Pictured: Victor Sandeman, with his sons Philip and Brian, pictured in 1935 before the boys left Jersey for Ampleforth. Brian's daughter Anne has translated and compiled her grandmother's diary.

She said: “I have found working on the 600-plus pages of the book fascinating, awe-inspiring and so sad in places. Having finished the translation I have so many questions that I would have liked to ask Grandmother or my father, but regretfully it is now too late. It is so often the way.

“Perhaps after reading the book, some people will be encouraged to discover more of their own family’s history by asking questions while they can.”

'If These Lines Survive' by Marie Sandeman is available to purchase on Amazon.

We were at the table when the explosions started. I looked at Papa. “That’s it! Bombs!

“Yes, that it is,” replied Papa and we got up quickly to close everything.

The cook who was terrified was in the corridor. I sent her back into the kitchen and closed the blackout curtains while above our heads we could hear the fierce rat-a-tat-tat of the machine guns. I opened the door and saw that the gate was open and a young woman with her pram was hesitating in the entrance.

“I gestured to her to come in quickly and six people came in all at once. Towards the steps, the young mother calmly took out her baby, a nine-month-old girl, while in the air, little white things could be seen falling from the sky under the din of the machine gun.”

Well, tonight we had the first contact with the Boches. The cook was seeing to the blackout when she heard the doorbell ring and almost immediately ‘Allo, Allo’ Mr German had opened the door and announced himself!

I came over and as he was trying to speak English, I spoke to him in his native tongue. He asked for a German officer who was supposed to be staying nearby. Is it true? Is it a pretext? … Mystery.

I have had a visit from Mrs F and her eldest son, ‘His Lordship’, a tall boy, long (as a day without bread) and thin. The poor mothers wonder how the boys can grow with this lack of food. It is true that in the countryside, it is easier to grow.

She told me that our masters made a railway from the Ronez quarry to the airport in a straight line, over sown fields, cultivated gardens, knocking down walls, passing right in front of the steps of houses. They arrived at St Mary’s cemetery and the Connétable opposed it with firm resolve. They had to make a detour.

At present, and since yesterday, two barrage balloons are floating above the harbour, I have just examined them with Papa’s telescope. Also, a short distance away a large ship with its stern raised, and bows sunk in the water over a rock. No casualties, it was yesterday morning at 1 o’clock that it struck the rock.

The soldiers are growing fewer. This morning there were more departures, for drunken soldiers were singing in Rouge Bouillon last night. It is necessary to intoxicate them to get them on board.

Many of those who deserted have not been found, and for that there must have been help from the Jersey folk.

The works carry on at a feverish pace as though time is short, fields are excavated to make ammunition dumps, houses demolished to allow the train through, and in spite of that one feels the end is near.

Victory Day began this morning with a violent thunderstorm. For more than 2 hours, lightning and thunder raged. And now it is off ‘to somebody else’ as Lina says.

I want to welcome you with this dawn of Peace.

Since yesterday, the great gateways to the sea has opened for us. It is ours. Nothing has changed and yet one feels that one breathes differently.

We went last night to see, if possible, the arrival of the ‘Vega’, the blessed supply ship. We saw again the concrete poles with their barbed wire fittings. But no one is standing guard at the harbour anymore and the dry dock is overrun with kids.

And the Moroccans? Ah! You should have seen their camp. What a commotion! They were talking to everyone who passed by, chasing each other like children. On the high wall of the Fort, where the young people were sitting, conversations were going on.