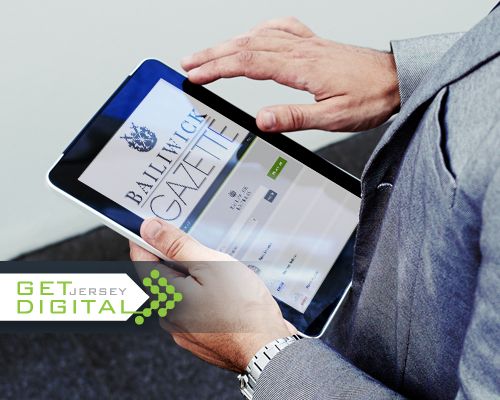 Gazette notices deal with a wide range of local life from new legislation, public meetings and road closures, to dog licences, elections, or companies in liquidation but for the last 56 years the law has stipulated that official notices had to be published in the 'Jersey Gazette', which in turn, had to appear in the Jersey Evening Post.

Recently the Chief Minister’s department announced that public notices can now appear online on the gov.je website, and Twitter, and a spokesman for the Council of Ministers confirmed that an amendment to the current law to allow competition would soon be brought to the States.

The Bailiwick Gazette contains Births, Deaths and Marriages notices, as well as the ability for companies, parishes, States Departments or any other organisation to publish a notice in order to keep islanders informed.

Individual parish newsletters have published 'Gazette' sections before, but the Bailiwick Gazette is the first one, outside of the JEP, to offer comprehensive listings, and for the whole island.

"We're really pleased that ministers are encouraging competition in providing this service, as it means all Islanders, not just the readers of one publication, can have access to notices of public importance or interest. Our readership has grown substantially since we launched two-and-a-half years ago, and one of the most common questions we have had is: 'when are you going to offer birth, deaths and marriages notices?' Well that's exactly what we have now done, and Islanders can access this information quickly and easily online via Express - exactly what they should be able to do in a digital Jersey!"

A recent request submitted under the Freedom Of Information law, revealed that the average annual cost to the States alone (not including the amounts paid by the Parishes or the whole private sector) for using the official 'Jersey Gazette' in the JEP was £278,065 between 2011 and 2014, with the Environment, Infrastructure and Education departments being the biggest spenders.

“This is an efficient way to inform Islanders, free of charge, about official government information. The parallel publication of official notifications on the government website will continue until a proposed law change enables the official Jersey Gazette to be moved online to gov.je.”

He said: “CICRA has been advising the States for some time that the current exclusivity given to the publication of Gazette notices is unfair and did not create a level playing field; this is even more of the case in the digital age.

“CICRA is pleased to see signs of progress in this area and looks forward to the final removal of the legal barriers that remain in place to the publication of Gazette notices.”

You can look at the Bailiwick Gazette here.

Extra £250k for States as newspaper 'monopoly' ends next week

eGov project nearly done... but how has £10m been spent?