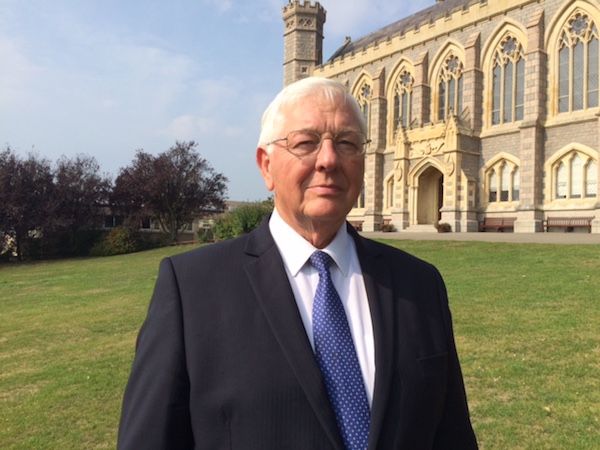 Mr Watt is the new Chairman of Governors of both Victoria College and the Preparatory School and says not enough is being done to promote the schools' strengths.

It's been a challenging year for Victoria College with the school occasionally in the headlines for the wrong reasons. Mr Watt said he's been working with an independent school in Yorkshire and helped it turn itself around after it got into financial difficulty and he has since been elected to its Board of Governors. He says he will be spending the next six months working on a five year strategy for the two schools here and says he wants to see more transparency.

Mr Watt said: "In Jersey the role is an advisory role, it’s non-executive. I’m not going to turn the school around by myself, I don’t have the power to do that. What I will bring, I want to work with the broader team, the staff, the Education department, the Board of Governors and I want to open it out to the parents and students to find out what they really want, it’s going to take us six months until we’ll really know what improvements can be made.

"We need to improve communication and openness about all the good things that we do but we haven’t got the right team structure yet."

After serving as a Royal Air Force officer, Mr Watt completed a Masters Degree in Business Administration and spent many years in large industrial organisations.

Since 2010, he has been working as an independent business consultant, specialising in leading change and over the next six months plans to work with Education, Headmasters, the Board of Governors and parents to help build a positive and deliverable strategy for the futures of the two schools.

Mr Watt said: "When I walk around both schools, the students aren’t walking around with their heads down, they engage with you happily and confidently, it’s quite inspiring that these young people are motivated and going around their education in a good environment.

"The quality of the staff I have met is very encouraging and they are delivering good academic results. I’m really looking forward to the challenges ahead."