'Smellozanne': Plans could scare off guests and hit property prices 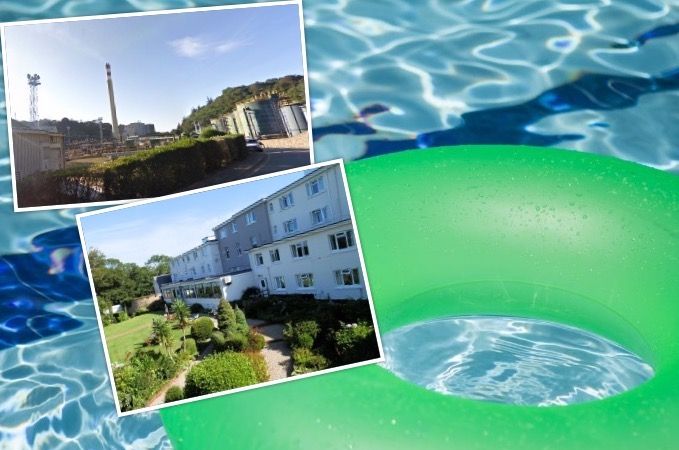 'Smellozanne': Plans could scare off guests and hit property prices

A 50-year-old island hotel could suffer “catastrophic” reputational damage if plans for a new sewage treatment works at Bellozanne are not amended because the bad smells from open tanks in the area could put off their guests, the owners have said.

Back in March, the Department for Infrastructure (DfI) submitted plans for a new £75million plant to replace its 60-year-old predecessor, which they claimed would allow the island to deal with 35% more waste, reduce the amount of nitrogen released into St Aubin’s Bay by up to 15% and, importantly, cut odours by 18%.

But those plans would see the works expand and move closer to the Westhill Country Hotel, a 90-bedroom premises accommodating nearly 200 guests and employing 38 staff from April to October. The Smale family, who run the half-century-old establishment, now fear that they could stand to lose clients who have enjoyed their hotel’s pool and award-winning landscaped garden area for decades as a result.

They say the effects could be easily mitigated by covering the top of the odorous tanks, but DfI argued that there would be “no tangible benefit” to the move, and that it would “not represent the best value for the Jersey taxpayer” because they would cost a further £4.12million with an additional ongoing cost of around £45,000 per year. They added that neither the Environmental Health Department or Education, which administers nearby Haute Vallée School, had raised objections.

Pictured: The Westhill Hotel's poolside and landscaped gardens often play host to luxury events and functions, which could be spoiled by unexpected pongs.

In a letter to Planning, brothers Jonathan and Matthew Smale wrote: “The effects of the bad smells from the open tanks in the area would be catastrophic to our family business. It would come to the point that hotel guests that have been holidaying with us for as long as 20 plus years no longer returning to us and our lovely Island. Can you just imagine what effect this would have on our business and tourism as a whole with negative press on Trip Advisor and social media? This would be a complete disaster.”

But they’re not the only ones who could be adversely affected. Westhill Country Hotel is just one of fifteen aggrieved members of the ‘Bellozanne Action Group’ - a collective of home and business owners in the West Hill and Haute Vallee School area, who could be hit with smells on a level rated as an official ‘nuisance’ by the UK courts.

They have had three to four meetings with DfI already - including some with the Minister - to relay concerns over how the odour could affect both house prices and mental wellbeing of those in the area, but feel that their concerns have not been listened to. 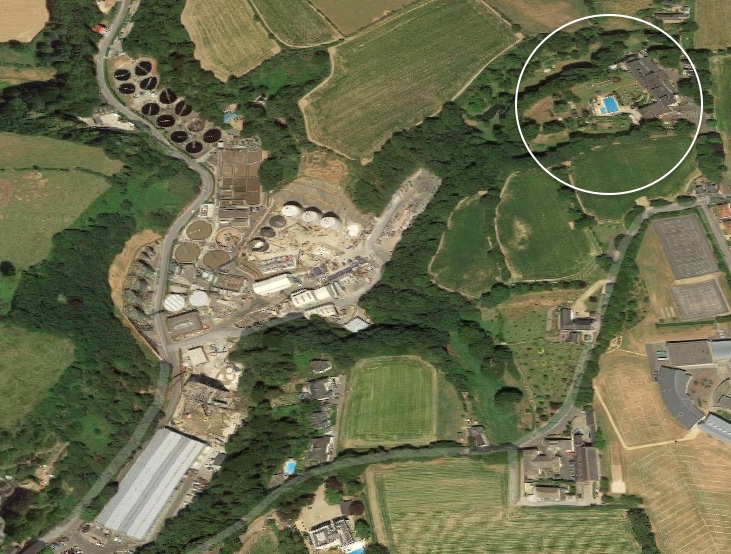 Pictured: Trees have already been cut down in the area to make way for the new Sewage Treatment Works to move even closer to the hotel (circled).

The situation prompted the campaign group to commission two independent reports at their own expense from UK odour experts Olfasense and Arup. They concluded that the department had based their conclusions on assumed rather than measured data, and found that a smell level branded by DfI as “below noticeable levels” was enough to have regularly awoken one resident in the night. Those predicted levels, they said, would be enough to routinely irritate more than 10% of the population of an area that would normally be unaffected by such stenches.

When plans were posted online in March, the group were also disappointed that they would be required to digest the heavy documentation in just three weeks. It later emerged in May that additional documentation had been missed from the original posting online. “When it went online it was probably 4,000 pages of documentation. There is a three-week period of objection. If you want to change the windows in your house, you put an application and there’s a three-week period. This is a £70million scheme, thousands of pages, there’s still the same period. And when did they release it? The Easter holidays,” group spokesperson Tony O’Halloran commented.

They’re now concerned that plans will be “rushed through” and that they will no longer be able to hold DfI’s Minister and relevant civil servants to account in five years time when the scheme will be finished. 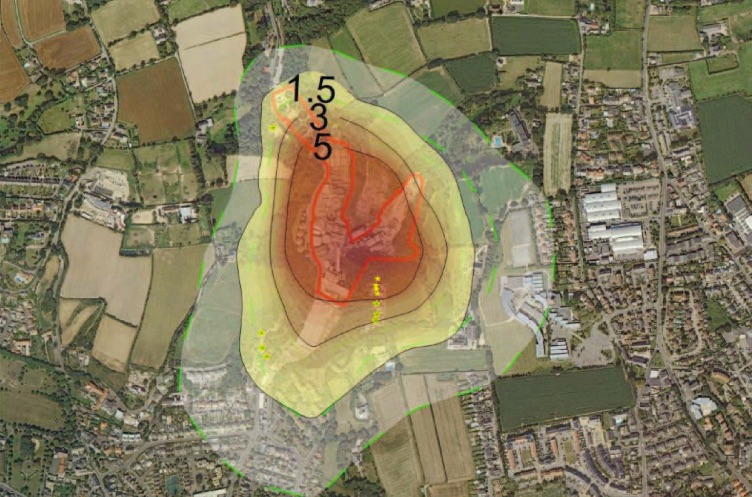 Pictured: A 'smell map' of the area by independent consultants shows the hotel and various properties within the stench's scope.

“A five-year plan is a long way away for the politicians and civil servants of today to take responsibility for...which is why we’re fighting hard to get it sorted out now. If you haven’t got the money to fix it now, how are you going to get the money in five years’ time? …It is Jersey. It’s an affluent island. Something like an odour shouldn’t be anywhere near a hotel. The last place you want a bad image is a hotel because you have all these residents coming and going back to their homes saying, ‘We were in Jersey but the place stinks’,” Mr O’Halloran added.

Despite their efforts, so far the Bellozanne Action Group feel that their appeals have fallen on deaf ears, but hold out hope in the Planning process after the Committee deferred their decision on whether to approve the works last week. At a previous meeting, Committee members warned DfI that their application could be refused if they continue to snub calls to add covers to the odorous tanks.

DfI and the Bellozanne Action Group will now have to wait until the next meeting on 21 September to learn whether plans will be given the green light.

Express has approached DfI for a response.

Posted by David Whalley on Sep 6th, 2017
This planning application should be refused until DfI propose the necessary steps to alleviate any impact on surrounding neighbours. Their excuse that other parties have not complained is irrelevant, as is the excuse that best value is not going to be provided for the jersey taxpayer. That is just another way of stating that the cost has to be as cheap as possible, it is false economy.
To place a comment please login Login »