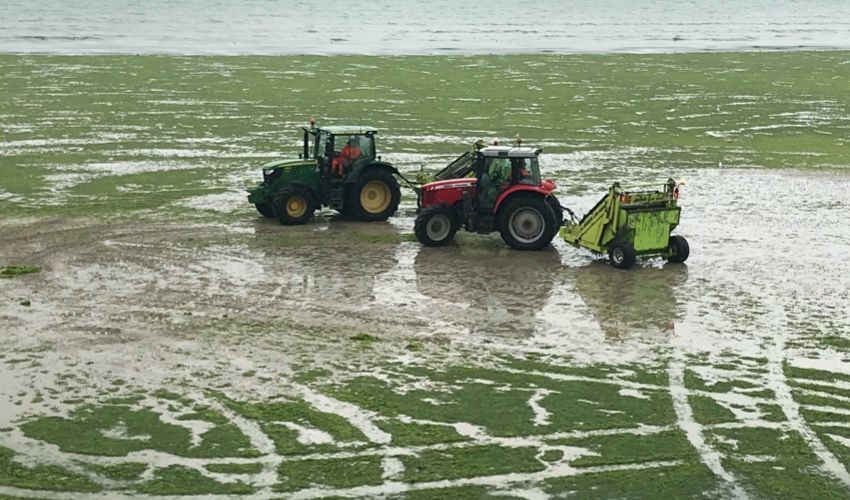 Jersey's new £75m waste-water treatment works at Bellozanne will reduce the amount of sea lettuce in St Aubin’s Bay when it opens in 2024, according to the Environment Minister.

Deputy John Young says that the new plant, commissioned in 2018 and currently under construction, will mean lower levels of nitrogen flowing out into the bay.

Nitrates from fertiliser spread on fields are a contributing factor in the annual build-up of sea lettuce in the bay.  Other factors include the bay’s topography – and the fact that it has been altered by reclamation and rising sea temperatures.

Every summer, the Government clears the green plant from areas of the beach. This year, it has removed 2,800 tonnes of it – 2,400 tonnes being spread on fields as an organic fertiliser and 400 tonnes of it being turned into compost at La Collette. 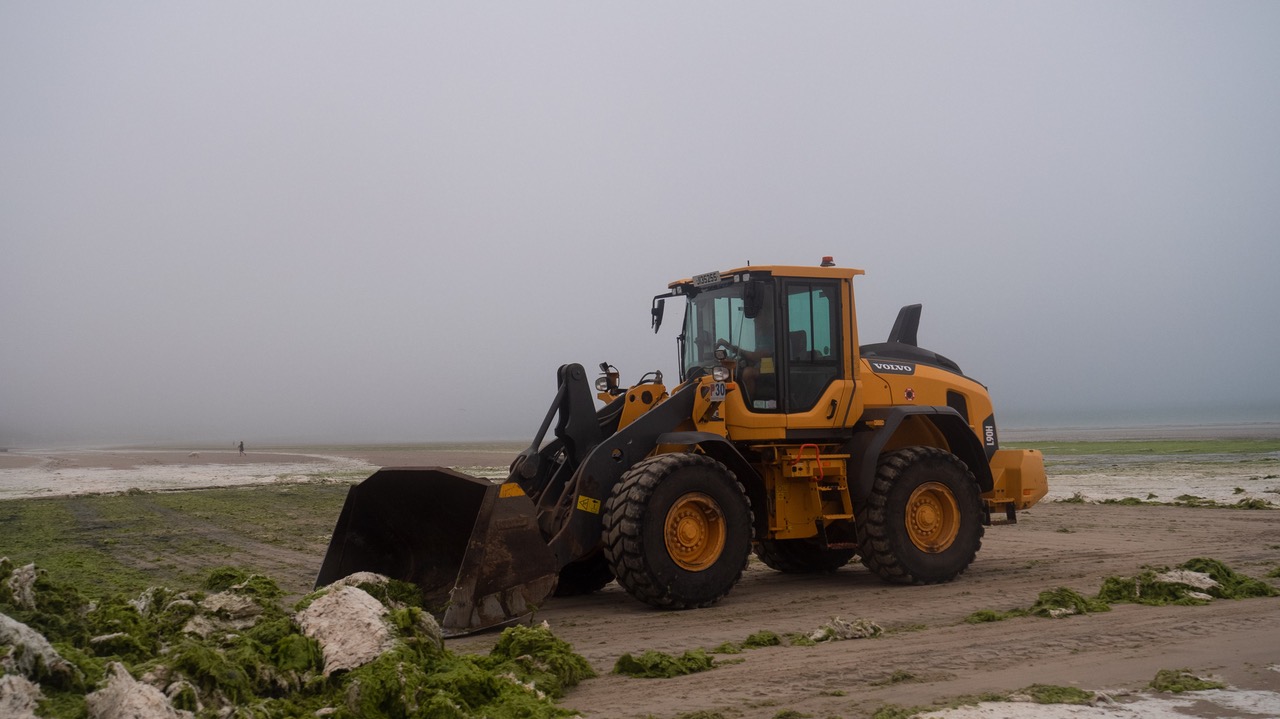 Pictured: Each year, the Government removes sea lettuce from the beach and each year, it comes back.

Answering a written question from Deputy Rob Ward, Deputy Young said: “The quantity of nitrates entering St Aubin’s Bay from land run-off and from the waste-water treatment works at Bellozanne impacts the growth of the nuisance weed, sea lettuce.

“Officers across my departments in [Infrastructure, Housing and Environment] have recognised the importance of reducing levels of nitrates for some time, particularly given that the bay receives run-off from a large proportion of the island and the potential negative impact on drinking water standards and health, especially for households on private boreholes and wells.”

The Minister said that collaboration between farmers, Jersey Water and the Government, the form of an ‘Action for Cleaner Water Group’, had helped reduce average nitrate levels in streams and groundwater by one-third over the past 20 years.

He added that monitoring of the bay since 2014 was leading to a better understanding of the source and distribution of nutrients across the bay and identifying the conditions responsible for the variation in the growth of sea lettuce.

“Over time, the data collected will be used to assess the impact of the expected decrease in nutrient loadings from the new waste-water treatment works and from the work of the AFCW group tackling land-based sources,” he said.

However, he concluded: “It remains, that sea lettuce will always be present and that it will vary in quantity from year to year.”

Posted by Michael Du Pré on Oct 4th, 2021
So the Environment Department after all these years no longer believe that the sea lettuce comes directly from France or a ‘mother lode’ floating out in the sea! Good news indeed! Let’s just hope that the £75m specifically includes provision for nitrate treatment since this was previously excluded on the basis of it being too expensive.
To place a comment please login Login »