A star footballer on a salary of over £100,000 per week has been dubbed “a hero” after turning down a beneficial Jersey tax arrangement despite alleged pressure from his club.

Chelsea midfielder N’golo Kanté was apparently “inflexible”, maintaining that he “simply wants a normal salary”, according to a leaked email from his tax advisor to club officials published by French website Mediapart as part of their ongoing ‘Football Leaks’ revelations.

The investigative online newspaper reported that the refusal happened around the time that Kanté made a £32million move from Leicester to the Stamford Bridge club after helping his former squad win the Premier League in 2016.

The 27-year-old Frenchman had been due a £6million salary, with around 20% reported to relate to money made from his image.

A company called NK Promotions was set up in Jersey.

Express research showed that the company was registered to a PO Box at Forum 4 on Grenville Street – the same building where Deepwater, a company that was shut down after it was revealed that it had been used to help Rangers’ players and staff avoid tax, was based.

Despite still being listed as ‘active’ on Jersey’s companies register, NK Promotions was never used by Kanté, who personally took issue with the idea of such a scheme.

“After reading numerous press articles on image rights and tax investigations against players and clubs, N’Golo is increasingly concerned that the set-up proposed to him could be questioned by the tax authorities. N’Golo decided that he did not want to take any risks,” a reported email sent to Chelsea dated May 2017 read.

So against the Jersey company proposal was Kanté, that he was said to have refused any image rights payments until a UK-based arrangement was agreed in February this year.

The Footballer of the Year 2017 winner, who already has a reputation as one of football’s “nice guys” due to his humble demeanour and modest lifestyle, which sees him drive a battered secondhand Mini rather than a flash car despite his multi-million income, has since been heartily applauded for his actions.

Congratulations to @nglkante, who has been voted the 2017 Footballer of the Year by the Football Writers' Association! pic.twitter.com/8SaWKVCkgR

The Times’ Chief Sports Reporter, Martyn Ziegler, wrote on Twitter: “After all the Football Leaks murky revelations, N’golo Kante emerges as something of a shining light – he refuses to let Chelsea pay his image rights into a tax haven.”

Juventus and French national team midfielder Blaise Matuidi said of his teammate: “N’golo does everything right. Nothing wrong… I haven’t really followed [the story], but when you tell me about N’golo, I’m not surprised because it’s N’golo. He’s perfect, he doesn’t cheat. Just a bit when he plays cards.”

Despite the apparent difference in opinion over tax management, the split with Chelsea doesn’t appear to have run too deep. The club is reported to be close to signing Kanté into a new contract that would see him at Chelsea for another five years at a rate of £310,000 per week, placing him among the Premier League’s top earners.

The last set of ‘Football Leaks’ revealed his image rights to be registered as international trademarks to a Jersey company – something apparently done at the request of his agent Mino Raiola.

There was no suggestion of wrongdoing – indeed, structuring image rights funds through offshore companies is a common practice among the world’s sporting elite – but the news did raise international eyebrows over the morality of companies with no “economic substance” created only to take advantage of offshore jurisdictions’ favourable tax conditions.

In a few weeks time, however, Jersey politicians will be asked to vote on a new law aiming to clamp down on the so-called “shells”.

Put forward by the External Relations Minister, Senator Ian Gorst, in a bid to stop the island from being blacklisted by the EU, the legislation would see companies fined up to £100,000 or risk being struck off the companies register if they cannot prove they are genuinely conducting business on the island. 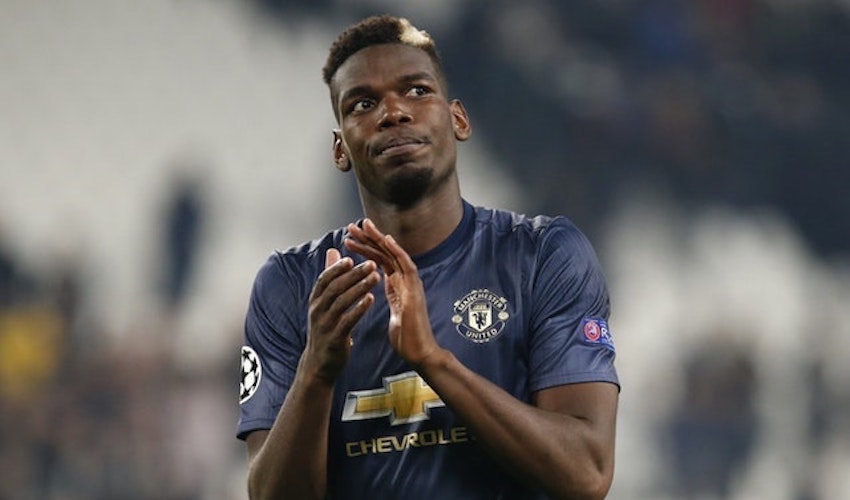 Pictured: Paul Pogba's image rights are registered to a company in Jersey.

States Members will debate the plans on 4 December.