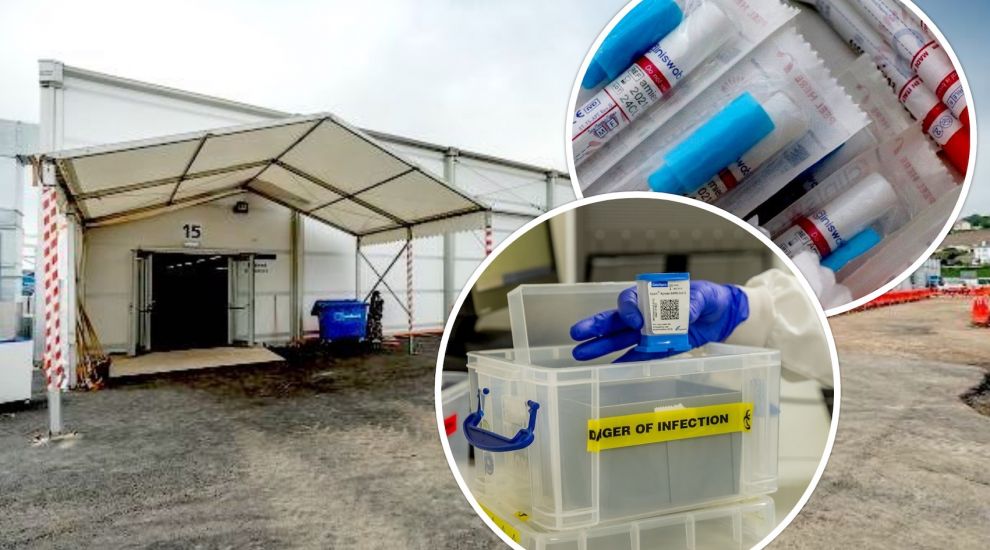 Jersey’s unused Nightingale Hospital has been touted as an ideal location for a mass covid-19 testing facility as part of a wider bid to revive tourism.

The idea was put forward by Tim Crowley, who sits as a Non-Executive Director on the board of Visit Jersey, in a recent meeting of island’s most senior hospitality figures and government representatives about how to get the strained industry back on its feet.

A testing regime pilot for new arrivals is currently underway, with those arriving off lifeline routes offered a PCR (diagnostic test) test as an alternative to 14-day quarantine if they have a negative result.

But officials have explained that scaling up this facility if the island is opened up to non-essential travel and tourists in line with calls from the hospitality industry carries significant challenges.

Pictured: Inside the Nightingale facility.

Speaking to the Tourism Recovery Task Force Steering Committee, Economic Development Minister Senator Lyndon Farnham confirmed that options around moving testing outside of the airport were being discussed, noting that a dedicated testing centre may be more efficient.

While hotelier David Seymour of Seymour Hotels suggested running a track and testing programme through hotels, keeping people within an area until their results come through, Visit Jersey’s Tim Crowley, who is also the Managing Director of La Mare Wine Estate, put forward the Millbrook Park-based Nightingale Hospital as a testing solution.

Express has asked the government for a list of the sites being considered to provide a dedicated testing facility, and whether the Nightingale Hospital is under consideration, and is awaiting a response.

The 180-bed temporary wing of Jersey’s hospital was hastily constructed amid fears of a spike in covid-19 cases in Jersey.

Pictured: Hospitality heads think a better testing regime could be key to unlocking tourism and its benefit to the economy.

However, with case numbers now under control – at the time of writing, just five asymptomatic islanders are recorded as having the illness – critics have now suggested the empty premises is becoming an expensive ‘white elephant’.

When its construction was first announced, officials said they estimated the build would be in place for a period of 16 weeks.

But the contract for use of the land struck with the landowners – all of whom are descendants of Boots businesswoman and philanthropist Florence Boot, who wanted the land to be used for public benefit – is valid for a period of 12 months.

Released under the Freedom of Information Law, a version of the agreement with all financial details redacted shows a “Commencement Date” of 9 April 2020, meaning that the government will be able to keep using the land until April 2021 if deemed necessary. 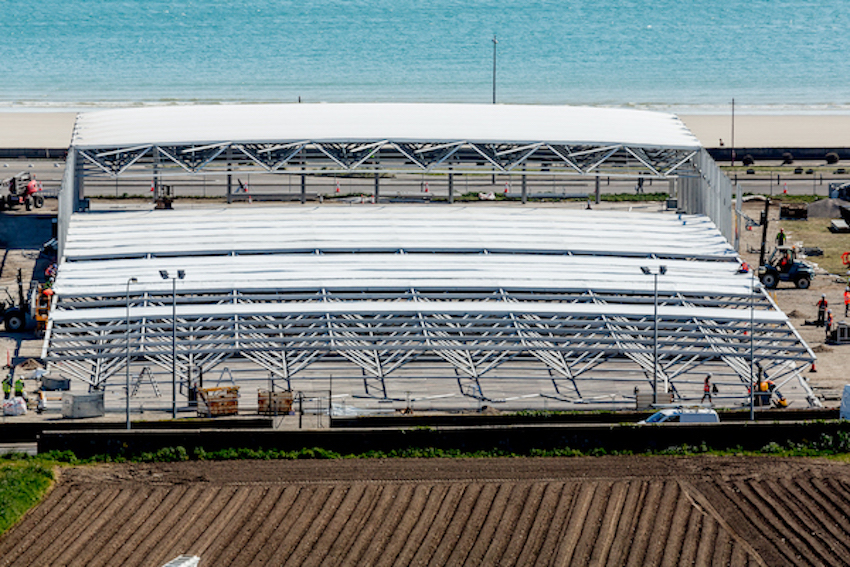 Pictured: The field hospital when it was under construction.

However, the agreement specifically relates to using the coastal-facing field as a ‘Surge Medical Facility’.

If the government decides to transform the Millbrook site into a test facility, it will have to seek fresh approval.

In the case that the Nightingale is decommissioned, the Health Department has vowed to reuse any clinical and non-clinical equipment removed from the facility, according to a response to a separate FOI request.

Those supplies will be either used as part of its equipment replacement programme or will be stored as contingency stock for future pandemics or other major incidents.

Posted by Paul Troalic on Jun 23rd, 2020
Isn’t this testing shutting the gate after the horse has bolted?
What is the point of testing people once they’ve infected al, the other fellow passengers on the aircraft to boat? The test will not then be immediate so they will be free to go and infect yet more people as they wait for their test.
I feel passengers should be tested at the time of embarkation or a few days prior so that the results are known, then allowed or refused embarkation.
Only this way will the island prevent any unnecessary infection.
My petition to do this was rejected by the Greffier.
Posted by Jon Jon on Jun 23rd, 2020
If your coming into the island you should hold a stamped document stating your virus free,ie,your tested a few days before your travel,get tested at the airport or harbour,then tested via your hotel.I can’t see hoards of people travelling on holiday,not if they’ve sense.
To place a comment please login Login »