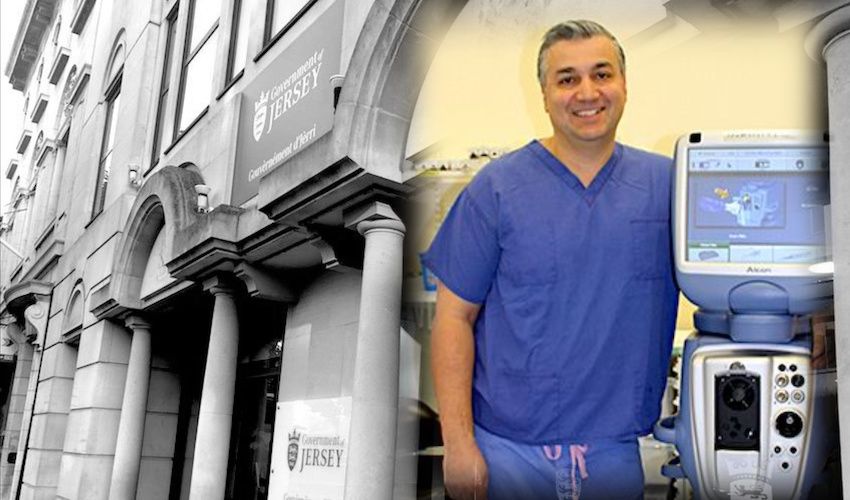 It has emerged that there will be no disciplinary action after a £2.4m settlement was given to a surgeon, who was unfairly dismissed by the Government.

Consultant Ophthalmologist Amar Alwitry received an out-of-court settlement from the Government of £2,369,000, after he was unfairly sacked just one week before he started his job nine years ago.

In response to a written question from Deputy Mike Higgins, the Chief Minister and Chair of the States Employment Board, Senator John Le Fondré said no disciplinary action had been taken on any of the officers involved in Mr Alwitry's dismissal, and that they had been "acting in good faith" according to the Royal Court. 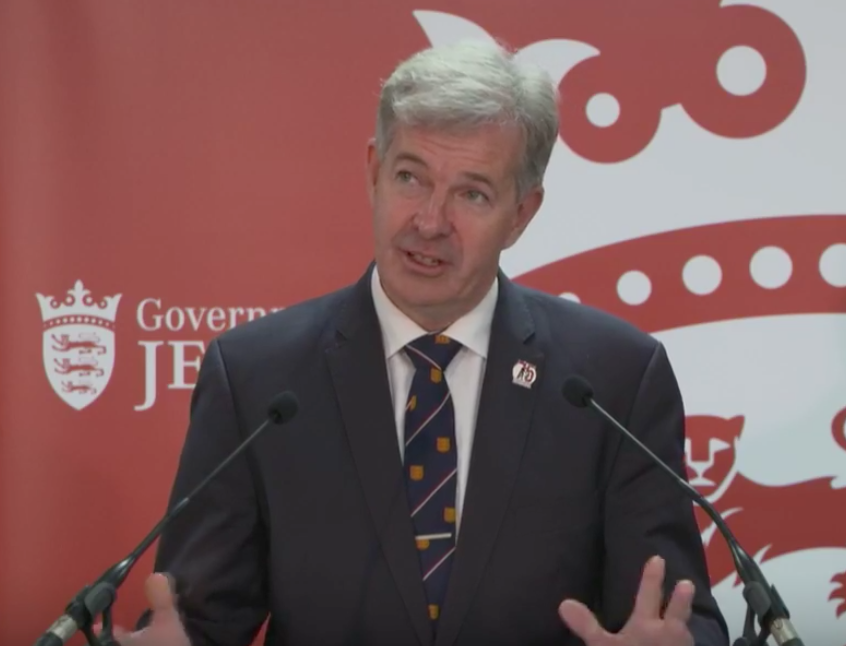 Pictured: Chair of the States Employment Board, Senator John Le Fondré, said it was "unreasonable" to suggest any officer should face disciplinary action.

"As regards the dismissal, public servants acted in line with policy and advice at the time and no disciplinary action was taken against any of the officers involved in the dismissal of Mr Alwitry," Senator Le Fondré said.

"Officers acted in good faith as found by the Royal Court: 'We have considerable sympathy with the position of the hospital management who we find were acting in good faith and motivated by the best long-term interest of the General Hospital and we further find that its concerns over the conduct of Mr Alwitry were genuinely held.'

"Furthermore, no such discipline has been taken in respect of decisions taken during the course of court proceedings.

"Litigation is unpredictable and it is unreasonable to suggest any officer should face disciplinary action because the outcome is not the one desired.

"The States Employment Board acted on advice and was guided by local and UK precedent.

"Furthermore, it is worth noting that Mr Alwitry was not successful on several aspects of his claim (whistleblowing claims, defamation, tortious conspiracy, exemplary damages) and his total claimed losses were excessive.

"There was a strong public interest in defending this case and the amounts claimed."

The dispute between the States Employment Board (SEB) and Amar Alwitry has been ongoing since 2012, when he was dismissed just one week before starting his new role in the island.

The nine-year dispute has seen Jersey-born Consultant Ophthalmologist fight off multiple legal challenges from the SEB, first at trial, then in the Court of Appeal and in the Privy Council, which all ruled in his favour.

Speaking about the out-of-court payment earlier this month, Senator Le Fondré said that "the SEB has done its very best to limit the damages as much as possible and has taken and followed extensive local and UK professional advice."

The figure doesn't include legal costs to be paid to Mr Alwitry, which the Chief Minister said remain outstanding and will need to be decided by the Court at a later stage.

Posted by Martin on Nov 24th, 2021
OH NO - We cannot have any disciplinary action - that would tend to suggest we did something wrong!
IF all "THE OFFICERS" we acting in good faith then clearly they were ALL wrong and may well cost the public MORE money with more good intentioned dismissals & cost us millions again!

I BET they will not say what he was dismissed for to let THOSE ( US ) who are paying this gross sum to DECIDE if it WAS good intentions??
To place a comment please login Login »