No jail for man with 30 valium tablet-a-day habit 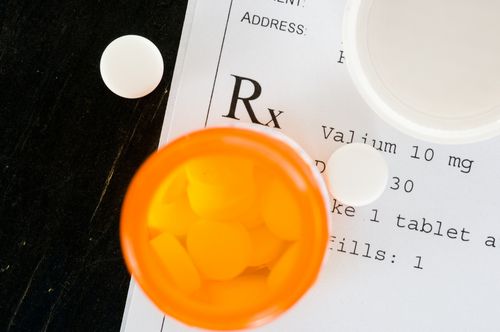 No jail for man with 30 valium tablet-a-day habit

A man charged with importing hundreds of diazepam pills to support his 20-30 tablet a day habit has been spared prison by the Royal Court.

The Court heard that Paul Duffy (33) ordered the pills on the Internet and had them shipped to his home – which he shared with his mother – addressed to a false name, “Miss P Sandland”, in October of last year.

After Customs intercepted the package containing 1,778 tablets of 10 mg Diazepam and replaced it with a dummy package they placed the house under surveillance. Duffy’s mother picked it up at his request and, as a result, she was arrested as were his brother and another woman, who were also in the home.

When Duffy returned home, Police informed him that drugs had been found on the premises and of the arrests. According to statements read by Prosecuting Advocate Emma Hollywood, he replied: “She’s got nothing to do with it, they’re mine.”

He later affirmed that he meant: “the vallies."

The other three individuals were released without charge.

On searching the house, Police discovered another 389 tablets of 10mg of diazepam as well as a small amount of cannabis. Duffy told Police that all the tablets were for his personal use and that he had been storing them up for a period of several months in preparation for Christmas.

Advocate Hollywood told that Court that according to Jersey’s Chief Pharmacist, 10 mg tablets of diazepam, commonly known as valium, are only available by prescription and that a normal dosage range would be 2-10mg taken three times a day while severe muscle spasticity might call for a dosage of up to 60mg a day.

In mitigation, defence Advocate Michael Haines said that Duffy had been attending drug and alcohol counselling for six months now and has been “weaned off” his valium abuse.

He also said that Duffy was gainfully employed with a good employment record and should he be incarcerated on these charges, he would lose the job, his mother would lose the house they share and he himself would be made homeless on discharge.

He said the imported pills were all intended for personal use and that there was no evidence of dealing.

On sentencing, Deputy Bailiff Tim Le Cocq said the Court accepted that Duffy had a “genuine wish to turn his life around” and “in our view, significant mitigation to make us able to consider a non-custodial dispersal on this occasion."

He was sentenced to a 12-month probation order, during which time he is to continue drug and alcohol counselling and submit to random drug tests. He was also sentenced to 150 hours of community service.

Duffy has 22 previous convictions, six of which were drug related.

The 2,167 diazepam tablets he imported or already had in his possession have an estimated street value of £4,334.

Posted by Havelock Jones on May 17th, 2016
Another ludicrously pathetic sentence - almost as bad as the Huelin case.
To place a comment please login Login »

Jail for drug supplier who kicked police officer in groin