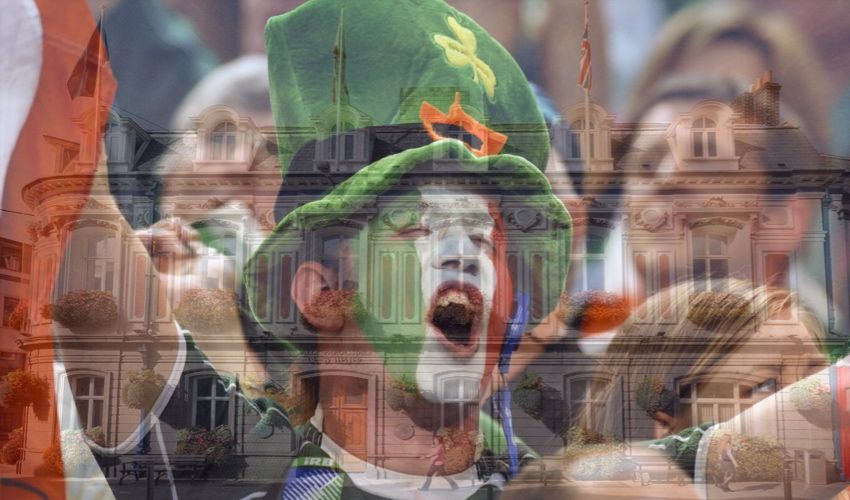 St. Helier parishioners had to stump up an unplanned £16,420 last month after a last-minute decision by the Bailiff’s Panel not to allow a rugby game to be screened at a St. Patrick’s Day celebration.

A highlight was scheduled to be a screening of Ireland’s Six Nations rugby game against Scotland at the Aviva Stadium in Dublin on Saturday 19 March.

The festival was planned to be at no cost to ratepayers but after the late decision by the panel responsible for issuing permits for public entertainment events the screening was shelved and two key sponsors pulled out, leaving the parish in the financial lurch.

Connor Burgher, Town Centre and Events Manager for St. Helier, said: “There were concerns raised by the Bailiff's Panel about how screening the rugby could change the dynamic of the event.

“There were a number of VIP tables sold in exchange for sponsorship to watch the rugby match on the Saturday.

“We’re working with the Bailiff’s office to try to prevent this from happening again.”

The Bailiff's Chief Officer, Steven Cartwright, said that the original submission to the Bailiff's Panel had been for a family-friendly event, but it became clear that a screening of the rugby, where alcohol was served, would not be clearly family orientated.

"The panel not only had concerns about how a families would mix with the rugby audience but also the fact that the match was also being shown in bars and clubs," he said.

Mr Cartwright added that the fact that the event was being funded by people watching the rugby had not been "clearly articulated to the panel".

He said: "The panel still believes it made the right decision but it should have been told early on about the sponsorship arrangement.

"It was a new event, therefore the panel was unaware of how it was financially supported."

Posted by Dave Mathews on Apr 22nd, 2022
Well Connor Burgher kept that one out of the news. Not fair on the St Helier Rates Payer, especially those who had no interest in this event.
To place a comment please login Login »