No news on hospital site until September 2020 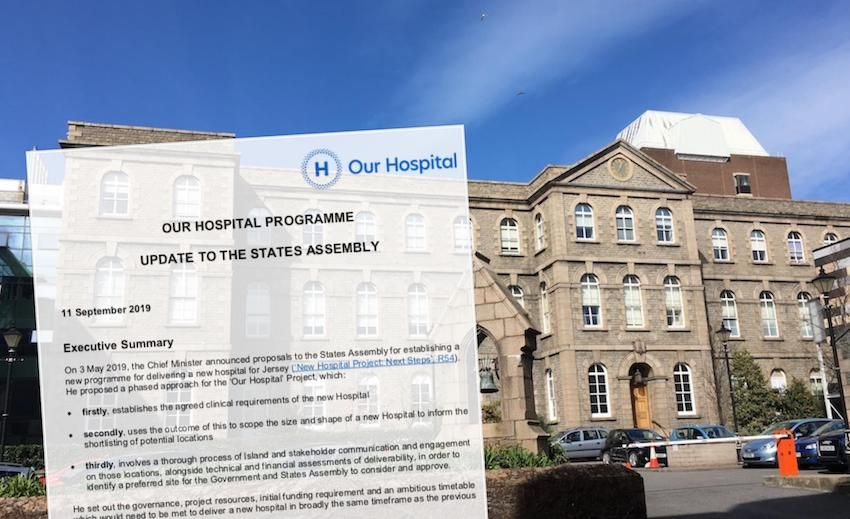 No news on hospital site until September 2020

Islanders will have to wait as many as 12 months before learning the preferred site for the new hospital, while a planning application won’t be submitted until March 2021.

If those plans are delayed, taxpayers could find themselves paying an extra £100,000 a week.

The warning and predicted timetable came in a report providing the first major update on the rebranded ‘Our Hospital’ project since previous plans to build on the current site were scrapped at a write-off cost of £27million.

Over £7million has been budgeted to get the project off the ground again, with £845,000 set aside to fund the project until the end of the year, including initial recruitment and procurement activities.

Pictured: £27million had to be written off when the previous project was scrapped.

According to the report, recent months have been spent establishing governance arrangements for the project.

The next stage from September to December, it says, will involve developing the project brief, setting up a Citizens Panel to seek islanders views on the new hospital, and drawing up a shortlist of sites for evaluation.

A detailed assessment of those sites will take place between March and August, as well as work on a plan for how to fund the hospital – a topic that has previously proven controversial.

That funding plan is expected to be completed between October 2020 and March 2021, at which point the government hopes to secure States Assembly Approval in the same month as submitting a planning application to the Environment Minister.

Pictured: Senator Lyndon Farnham, who is chairing the Our Hospital Political Oversight Group.

But, in order that more detailed work on the hospital project can go ahead, the report says that the new ‘Jersey Care Model’ will have to first be agreed, as it will determine “what kind of hospital Jersey needs”, according to officials.

Upon this morning’s update, Deputy Chief Minister Senator Lyndon Farnham, who is leading the Our Hospital Political Oversight Group, said he hoped that the government would be able to “avoid the mistrust that dogged the previous project by working proactively with Scrutiny and States Members throughout the process, and by ensuring that Members remain informed and involved, before any Proposition is brought forward for debate.”

“It is important to keep the project on track as any delays will cost money: the project estimates that each week’s delay during these preparatory stages will mean £100,000 in additional costs,” he warned.

“I hope that as much scrutiny as possible can be carried out in parallel with the project, rather than in sequence. This will provide Scrutiny with the opportunity to give views that the project can take on board as it develops.”

Posted by William Boyd on Sep 12th, 2019
I know words haven't because I am writing this. Words fail me. No wonder the stock of politicians everywhere is at an all time low. This Island seemingly being run by an imported U.K. apparatchik, whilst we pay nearly 50 politicians nearly £50k p.a. each who can't even choose a site for a new hospital never mind build one. Then there is the Brexit shambles/fiasco in the UK where parliament ignores the result of a referendum they foisted on the people. Next time one of them comes a knocking on your door begging for your vote try not to laugh (laugh if you must as it is better than the alternative).
To place a comment please login Login »