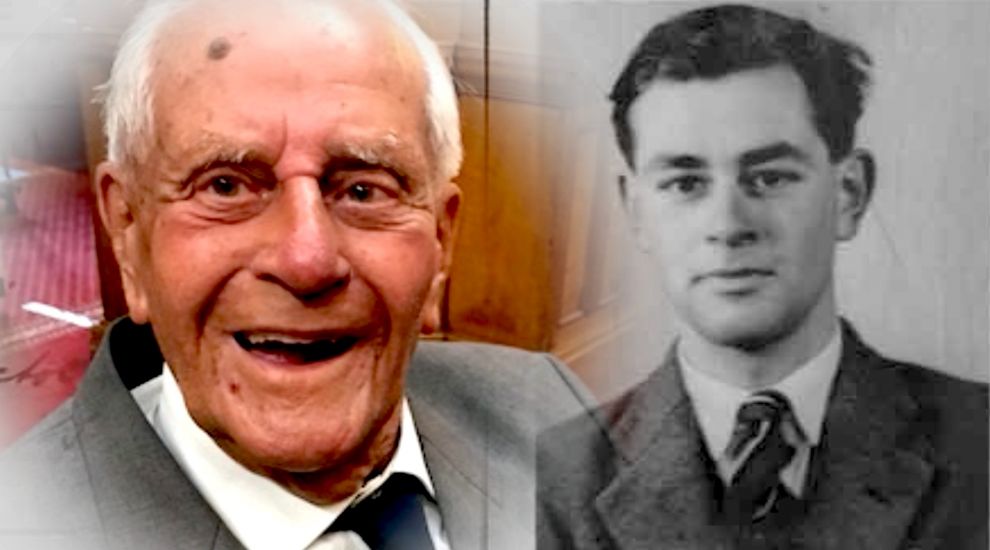 The Bailiff has praised Bob Le Sueur MBE – an islander who risked his life during the Occupation to shelter and protect escaped slave workers – as "one of the great Jersey men of his generation" after the hero died aged 102.

After the war, and for the rest of his life, Mr Le Sueur became an eloquent and erudite voice promoting peace, compassion and reconciliation.

Just this April, he walked 101 steps a day throughout the month to raise money to help Ukrainian refugees.

“I have a duty to help Ukraine, and not just help myself. Putin will not succeed,” he said at the time.

Mr Le Sueur was only a 19-year-old insurance clerk when the Germans first arrived on the island in 1940, and continued to spend his early 20s working in the profession. 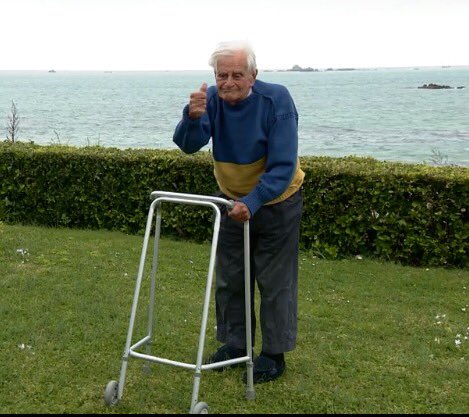 In a remarkable act of bravery and selflessness, he helped a number of Russian prisoners of war who had been brought to the island as labour, assisting them in evading capture and sheltering.

His ethos was captured on a plaque in York Street in 2006.

"Nazi racists ranked their Russian slave workers as sub-human. Any racial prejudices we personally may harbour are first steps on that same viciously slippery slope," it says.

He was made an MBE, bestowed on him by the then Prince Charles, in 2013.

Mr Le Sueur was also a passionate supporter of the French language in Jersey, and was made a ‘Chevalier’ in 2018 for his efforts as both a founding member of the Les Amitiés Franco-Britanniques de Jersey and as an occasional translator for Durrell. 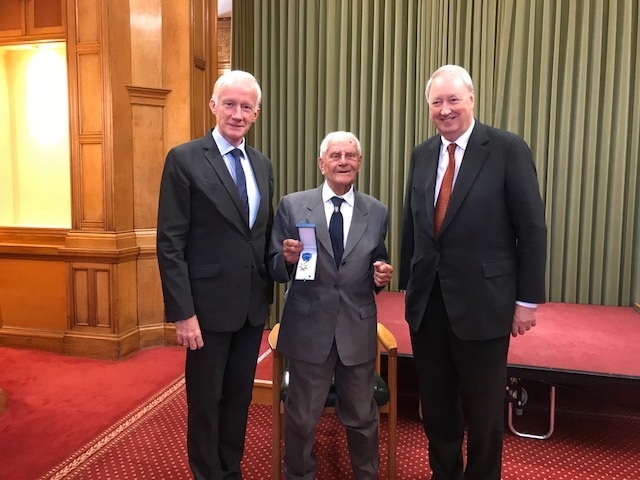 Pictured: Mr Le Sueur (centre), appearing here with the then-Lieutenant Governor and then-Bailiff, was given a 'Chevalier' award for helping to promote the French language in the Jersey community.

In 2017, he was the subject of the Jersey Heritage Trust portrait, which was painted by Stephen Shankland and entitled 'A Warm Welcome, Bob Le Sueur'.

This morning, the Bailiff, Sir Tim Le Cocq, commented: "I was sorry to hear of the passing of Bob Le Sueur MBE.

"He was one of the great Jersey men of his generation showing true courage and resilience in helping prisoners during the occupation.

"A man of real principle, he continued to champion the causes that he believed in throughout his life. It was a privilege to have met him, he is an example to us all and will be long remembered."

Do you have a memory of Bob Le Sueur MBE you would like to share? Email editor@bailiwickexpress.com.

Posted by Lesley Ricketts on Nov 7th, 2022
I was lucky enough to have Mr Le Sueur as one of my English teachers at Hautlieu in the late sixties and early seventies. He was so enthusiastic about the books and plays we studied you could not help but be swept along in his pleasure. RIP Sir.
Posted by CHANTAL GOSSELIN on Nov 7th, 2022
Yes he was an inspirational teacher and human being - he was also our form teacher for several years and a great supporter of us - a boisterous group ! He was a treasured school friend of my mothers and they used to play hockey together on the beach having to run out of the way when planes landed - pre war and airport. He will be sorely missed
Posted by Martin on Nov 8th, 2022
Although he lived through torrid & testing times Bob showed his strength of character & the sacrifices he made gave him much pleasure in latter years recounting his anti Nazi activities!

A good man!
To place a comment please login Login »