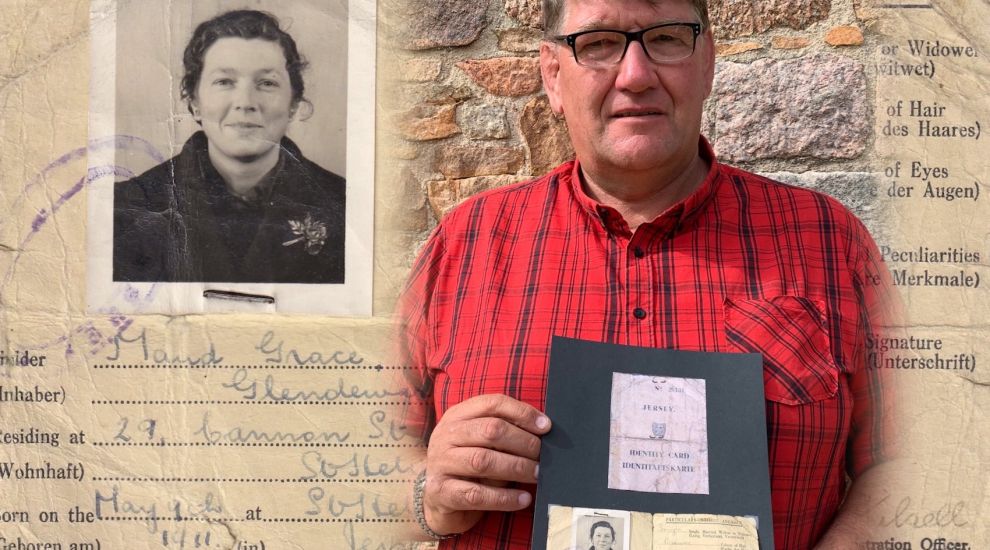 The Occupation identity card featuring the woman thought to be Jersey’s first female taxi driver has been ‘rescued’ by a local museum owner.

The identity card, attributed to Maude Glendewar of 29 Cannon Street, St Helier, was returned to the island by the Channel Islands Military Museum's Damien Horn after he tracked it down to Belgium.

“I’ve been collecting the identity cards for quite a long time now,” Damien told Express, “and the original idea was to have a male and a female each for the 12 parishes – I’m now somewhere around 150 mark, and I still haven’t completed the set!”

He explained that the find was down to a contact on the lookout for Channel Islands items for him, who gave him “a call the other week and said they’d seen a Jersey identity card and a Guernsey identity card.” From there, Damien arranged for the cards to be returned to their home.

When Damien posted images of the card on popular history-themed Facebook page, ‘Unseen Jersey’, Maud’s face sparked memories for a number of islanders. 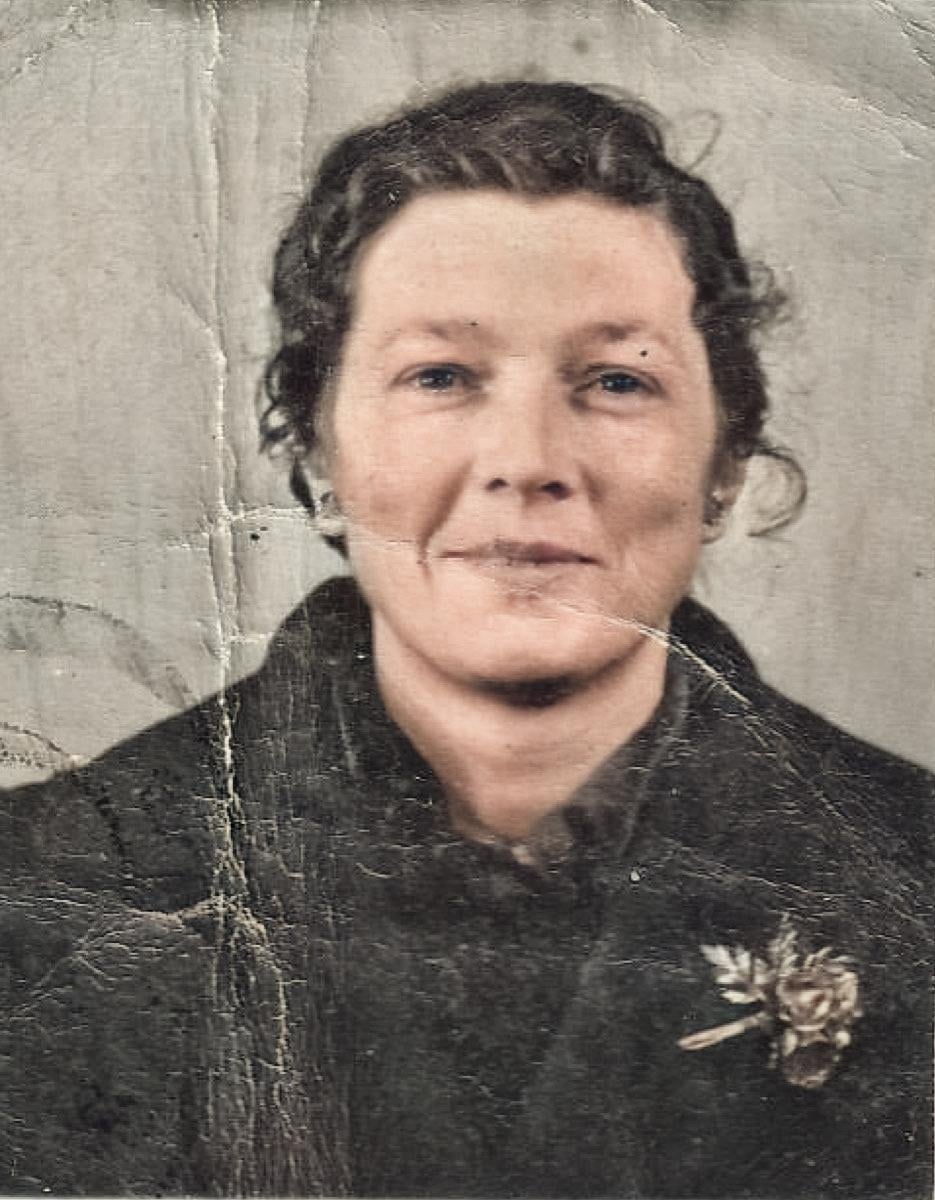 One resident, Anne Mourant, said it was “lovely” to see her face again, recalling how ‘Auntie Maudie’, as she nicknamed her, was a family friend of her parents and grandparents, constantly driving her grandfather around the island.

A relative, Stuart Glendewar, made a comment on the post pointing out that she was “the first female taxi driver in Jersey.”

Another commenter on the post, Michel Le Blond, said they had moved into Maud’s house on 29 Cannon Street after her, and remembered her taxi, saying how it “was a beautiful Chevrolet Bel Air” with a “pale metallic blue, cream interior. She bought it new from Colebacks Garage when they had the agency.” 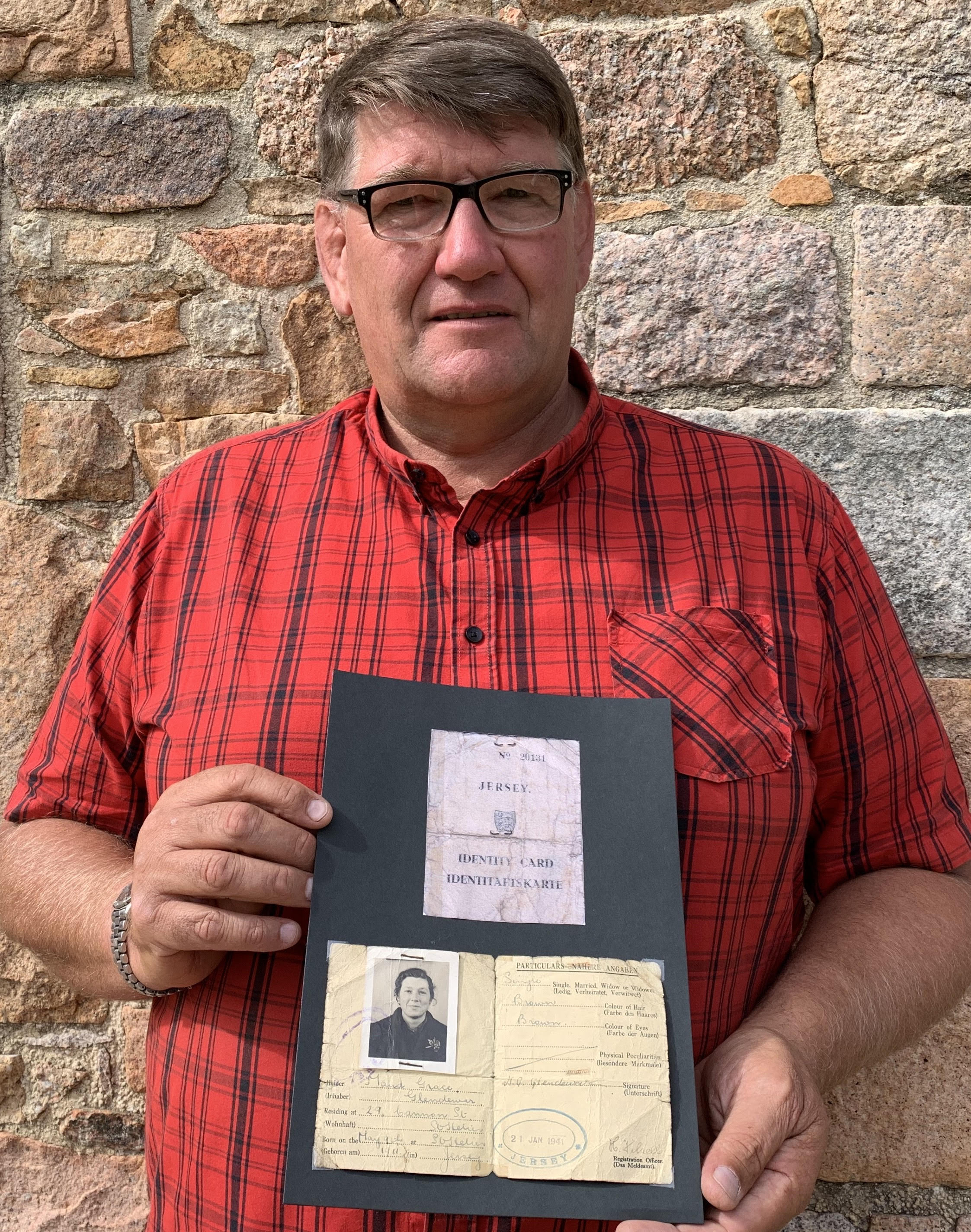 A look on the Jersey Archive website also shows that Maud was an active rebel against the Germans during the Occupation – her name is among those sentenced for a “serious prohibited attempt to send news” in 1945.

In a happy coincidence that aligns with this spirit of rebellion, Maud was born on May 9 – meaning that Jersey would have been liberated on her birthday.

The discoveries didn’t stop at the identity card either – following his Facebook post, Damien was able to locate “two more pieces of the jigsaw puzzle”: Maud’s ARP (Air Raid Precautions) armband and certificate. He remarked how “it’s very rare these things get back together after splitting up.” 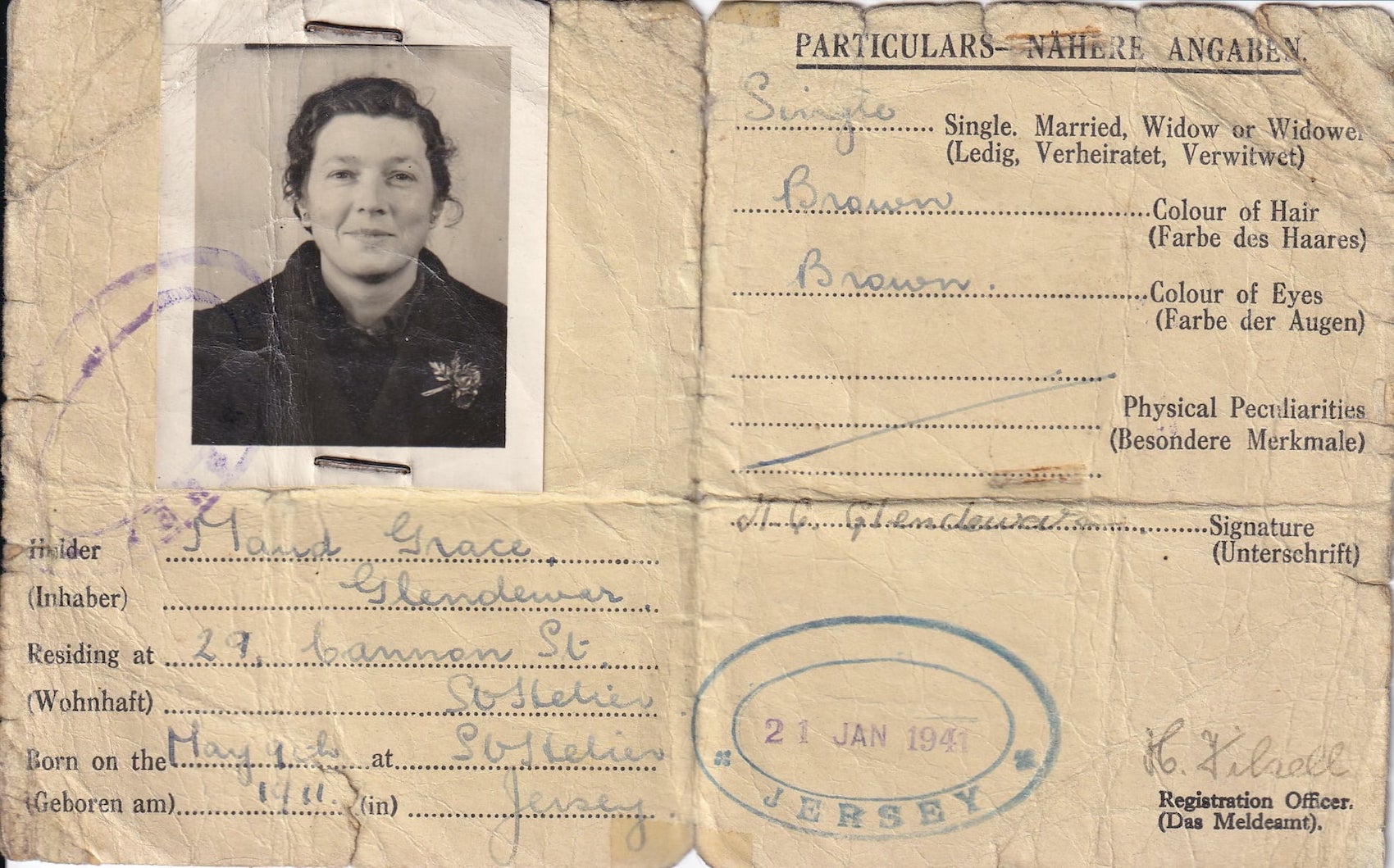 Speaking of the significance of such discoveries, Damien explained how these items factored into their carriers’ everyday lives: “She carried that identity card in her handbag throughout the occupation, it was part of her… they tell the story of this one lady.”

The card, plus many other Occupation items, can be found in Damien’s Channel Islands Military Museum at St Ouen, which reopened over the weekend.