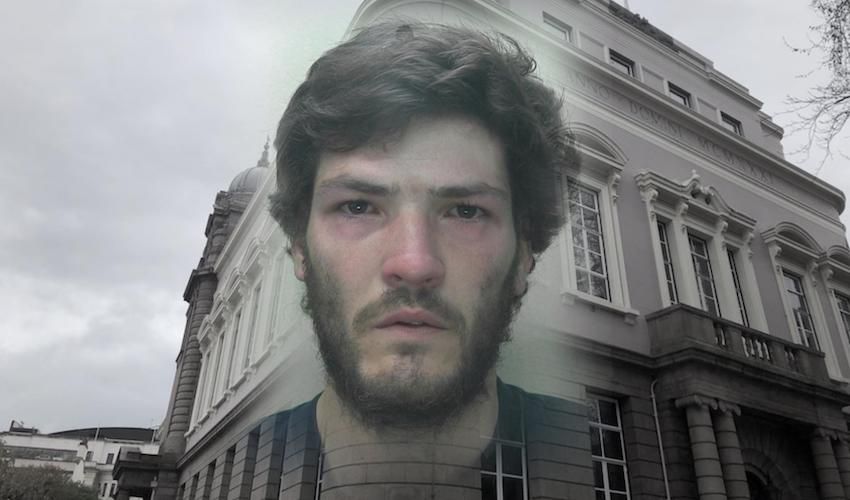 A 25-year-old who sent sexual messages and photos to both a real underage girl and a decoy has been jailed for two-and-a-half years and is now facing deportation.

Miguel Angelo Pereira de Freitas (25) appeared in the Royal Court on Friday to be sentenced for sending the sexual messages and photos, as well as one charge of being drunk and disorderly.

During the hearing, the Court heard that one of the recipients of his messages was an adult posing as a child, while the other was an actual minor whom he was propositioning for sex. He also sent her a photo of his genitals.

Crown Advocate Conrad Yates, appearing for the prosecution, explained that the first offence involved texts he sent on Facebook to a profile of a 13-year-old girl, which was actually being controlled by an adult, Cheyenne O'Connor.

De Freitas messaged the decoy profile telling her she was “beautiful” and asking her to send a photo of her in a bikini.

As well as sending the decoy a photo of himself and his genitals, he also messaged her: “You’re going to have sex with me, it’s not beautiful and it’s going to be your first… yes it hurts and only at the beginning.”

They also arranged to meet one another.

Screenshots of their conversation were sent to the Police by Ms O’Connor and De Freitas was subsequently questioned about the messages.

He also tried to make sure that she was deleting all of their conversations so he could keep their contact secret.

She said to him: “You know that I am young. And you can be arrested if anyone knows about our conversations…”

To this, he replied: “I know beautiful, but you delete all our conversations right?”

In another text, he wrote: “And nobody will see our conversations, beautiful… so I can send you the photo for you to see and then you’ll delete it! And this way nobody knows anything.”

He then sent her a photo of his erect penis. He propositioned her for sex and told her not to be “scared".

The Crown Advocate told the Court that when he was interviewed about his contact with the girl, he claimed that he “was not the only person to blame” and told Police: “If she knew she was a minor, she knew that she could get into trouble why did she continue the conversations, right?”

When asked about the photo he sent to her, he claimed that it had been sent in error because his phone is broken, saying: “My phone is all smashed and was doing random things on its own accord.”

De Freitas was also charged with being drunk and disorderly on a separate occasion which involved him threatening his former partner outside her house.

The Crown Advocate invited the Court to jail De Freitas for a total of two years.

Advocate Michael Haines, defending, said his client “knows the difference between right and wrong” and that “his conduct in relation to these three offences is wrong".

Arguing against a recommendation for deportation, the defence lawyer spoke of his client’s work ethic, his “difficult and extremely unsettling childhood”, and emphasised that “Jersey is his home".

He also invited the Court to impose a non-custodial sentence for this offending, arguing that this would be “in the interest of the community and this defendant".

The Court ultimately decided to impose a higher sentence than that asked for by the Crown, handing De Freitas a prison sentence of two-and-a-half years.

Lieutenant Bailiff Antony Olsen - presiding over the case, sitting with Jurats Ronge and Thomas - told De Freitas that he will remain on the Sex Offenders’ Register for a minimum of six years. Restrictive orders were also put in place to prevent him having unsupervised contact with minors for the same amount of time.

The Court also made a recommendation that De Freitas be deported back to Madeira upon his release.

It was decided that the reasoning for the sentence imposed would be included in a written judgment to follow at a later date.