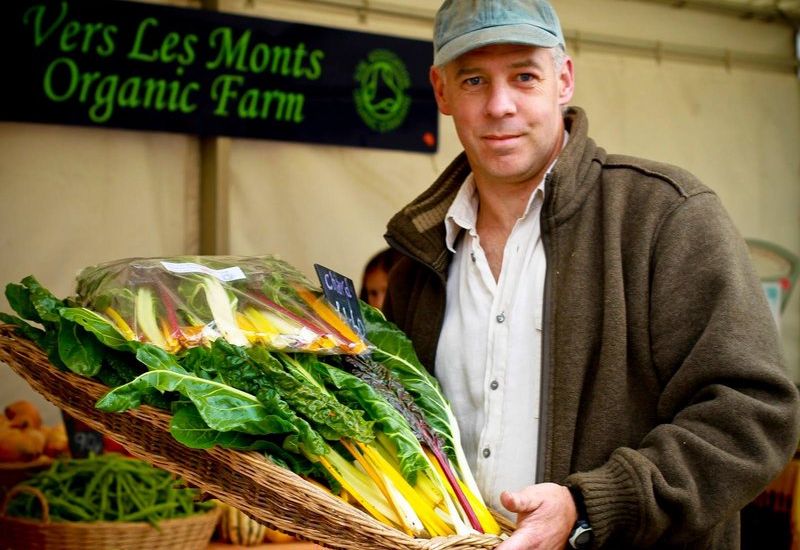 A new subsidy for organic farmers is too little too late for one grower who’s giving up at the end of the season, disappointed at the amount of government support, he says is still way behind EU levels.

Steve Jones farms around 20 vergée at Vers Les Monts Farm in St Peter but this spring he’s leaving the industry and getting another full-time job.

Steve said: “We’ve been struggling for quite a few years, there hasn’t been any subsidy for about four years, it came to an end about four years ago. Last year they gave us £11 per vergee, now they’ve given us £12.59. But really that’s nothing compared to what they were giving us and compared to the rest of Europe it’s a lot less.

“We’ve got the stage where I’ve got to get another job - I haven’t got any capital left to reinvest. It’s a shame, it’s necessity really, I really love the work and the variety of it but it has to be done.”

Steve is one of a number of organic farmers who have been working with the Environment department on a Rural Economy Strategy for 2016 but who had been campaigning to try and get more help before then. The States have now agreed to a one-off extra payment of £12.59 per vergée for all organic-certified agricultural land farmed commercially in the Island until the end of this year.

The Planning and Environment Minister Deputy Steve Luce said: “Jersey has developed a successful organic sector but it has faced a number of challenges. One of the most significant has been a fall in demand as a result of the economic downturn.

“The development of an organic action plan will set out the next steps for the industry and its partnership with government, but in recognition of a number of factors outside of the sector’s control, we want to provide support to farmers so they can go on to build demand and grow their businesses.”

Steve plans to carry on producing and selling his organic eggs and is hatching a plan to do that around work as a carpenter, his trade before farming.