Out of Africa - Jersey signs new deal with Rwanda 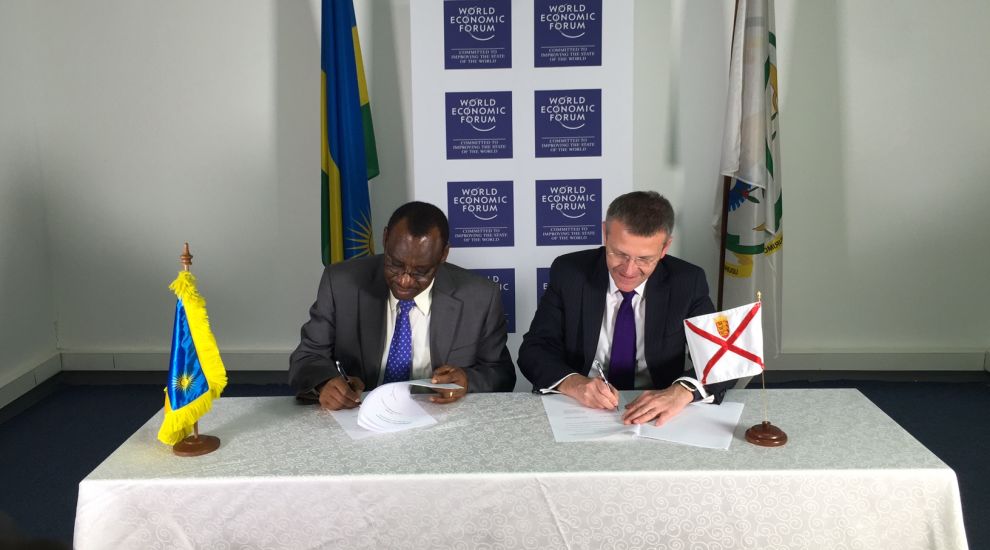 Out of Africa - Jersey signs new deal with Rwanda

It's hoped expertise from Jersey will soon help transform one of the poorest countries in the world into a regional hub for professional services for East, Central and Southern Africa.

The central African state of Rwanda was devastated by civil war in the mid-1990s and has been struggling to get back on its feet ever since. It's estimated that between 500,000 and 1,000,000 people were killed during a 100-day period from April 7 to mid-July 1994 as racial infighting swept the country.

For more than a decade now Jersey has been forging links with the country to help aid its recovery. In the early 2000s the Island was involved in a project that provided over 300,000 cows to poor families. And more recently a tax agreement was signed which it’s hoped will boost foreign investment.

The latest move has been the signing of a memorandum of understanding at the World Economic Forum on Africa in the Rwandan capital of Kigali. The wide-ranging agreement is aimed at being a catalyst for knowledge transfer and information exchange in sectors including dairy, digital, education, environment, financial services and culture.

According to Senator Philip Ozouf, who signed the deal on Jersey’s behalf, it’s a “mutually beneficial partnership." He says it’s the culmination of months of hard work and ties in with the island’s strategic aim of developing trade with the high-potential priority markets in Africa.

Rwanda’s Minister of Finance and Economic Planning, Claver Gatete, is also delighted and sees even closer relations between his country and Jersey in the future.