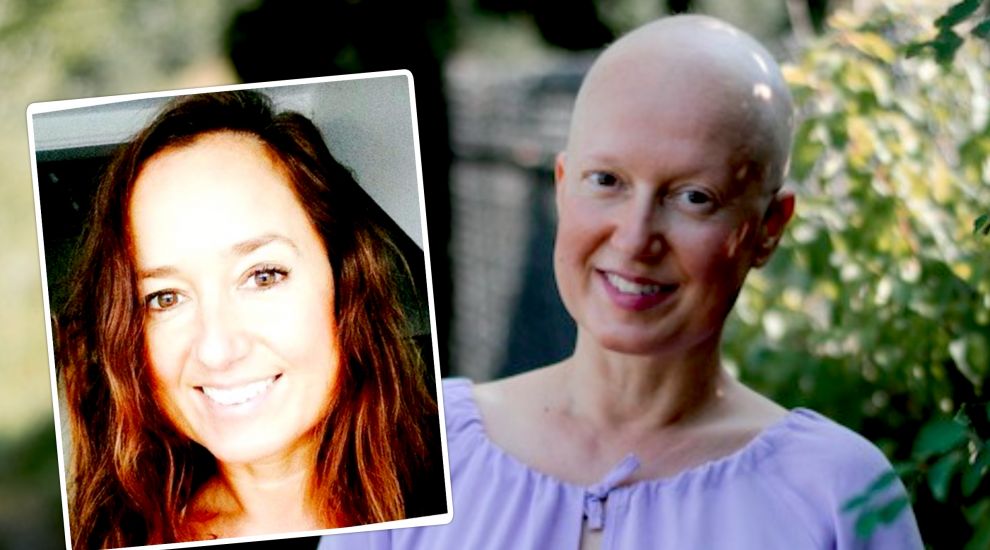 More than £19,000 in donations has poured in to help an islander with incurable cancer - who normally spends her time organising fundraisers for others' causes - pay for alternative therapy in Mexico.

Agnieszka Mastalerz (45) - known as Agi - was diagnosed five years ago and was recently told by her oncologist that there was “no cure” for her after the cancer spread to her liver, colon and her pelvis.

Agi’s diagnosis came as a surprise, as she says she ate healthily as a vegetarian, didn’t smoke and went to the gym regularly.

In the last five years, she has had two major surgeries, including a hysterectomy, and “a very difficult course of chemotherapy”. While she was told on 4 March 2016 that she would only live five years, Agi is determined to find a way to get better 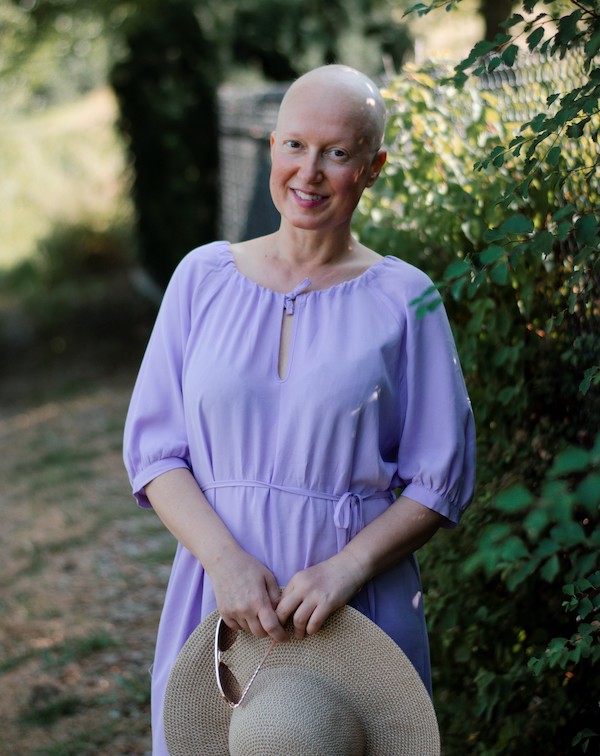 “I had a very strong chemotherapy last summer but unfortunately the cancer does not want to give up,” she said.

“My oncologist told me that in Jersey there is no cure for me, there is nothing else they can do. They can offer me another chemotherapy, but I am not going to take it.

“I know what it is, it totally destroyed my body, and it was very painful. It’s a very tough situation but I am used to difficulties and I am not panicking. I need to stay calm.

Just before her birthday, Agi decided to start doing live broadcasts on her Facebook profile for her friends. Through the experience, she met new friends and discovered the Oasis of Hope Hospital in Tijuana, Mexico, which provides alternative cancer treatments, including a Vitamin B17 injection, which Agi hopes would support her body.

The clinic has gone through her medical records and is waiting for Agi as soon as she can pay for the treatment. 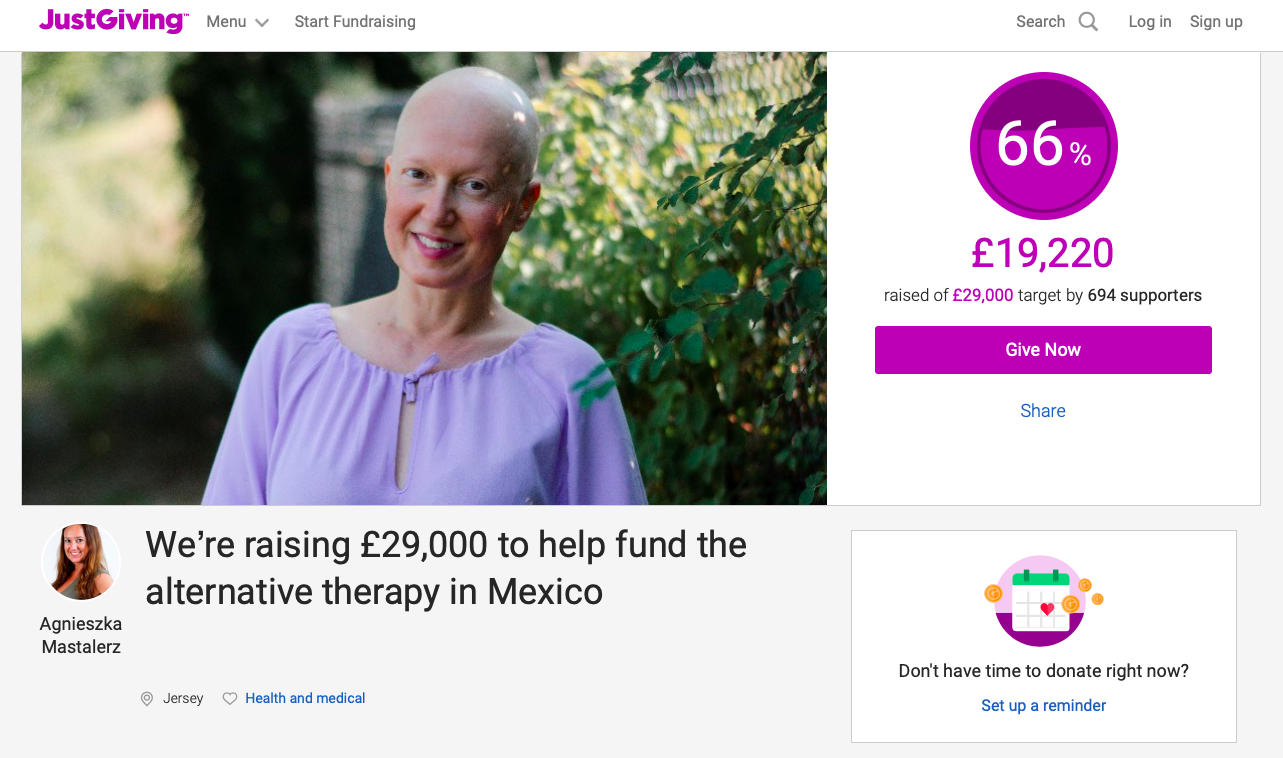 Pictured: Close to 700 people have made donations to Agi's page.

Unfortunately, Agi’s private insurance would not cover the cost so she set up a fundraising page six days ago, hoping to raise £29,000.

With her family abroad, Agi - who is normally the one helping others, organising events and raising funds for charities supporting children in Jersey, Kenya and Zimbabwe - has been supported by her friends and the local community who rushed to donate. Within three hours of the fundraiser going live, they had raised £7,000.

“They raised so much money in such a short time,” Agi said. “Everyone is helping. One girl has been helping, running everywhere, telling people to donate, going to shops and outlets to raise funds.

“My friends online are sharing everywhere. My previous workplace, I am still employed but I am off sick, I worked at a trust company. They are organising some challenges to raise funds.

“I am so, so grateful for everyone reaching out, donating money, sharing the link, it is just so amazing!

“It shows that even if you go through difficult times, there is someone that can help you. Many people suffer, it does not matter if it is cancer or something else, it’s good to reach out rather than thinking there is nothing you can do.

While the amount raised so far is “amazing”, Agi is keen to reach her target as soon as possible to start the treatment and “get back to doing what I do best, living life to the fullest."

She is planning to record her journey and share it in a blog post, in the hope that it will help others.

Of the nearly 700 supporters, many have praised Agi's determination to get better, calling her "brave", "strong", and a "warrior" as they wished her good luck.

CLICK HERE to make a donation to Agi's fundraiser.