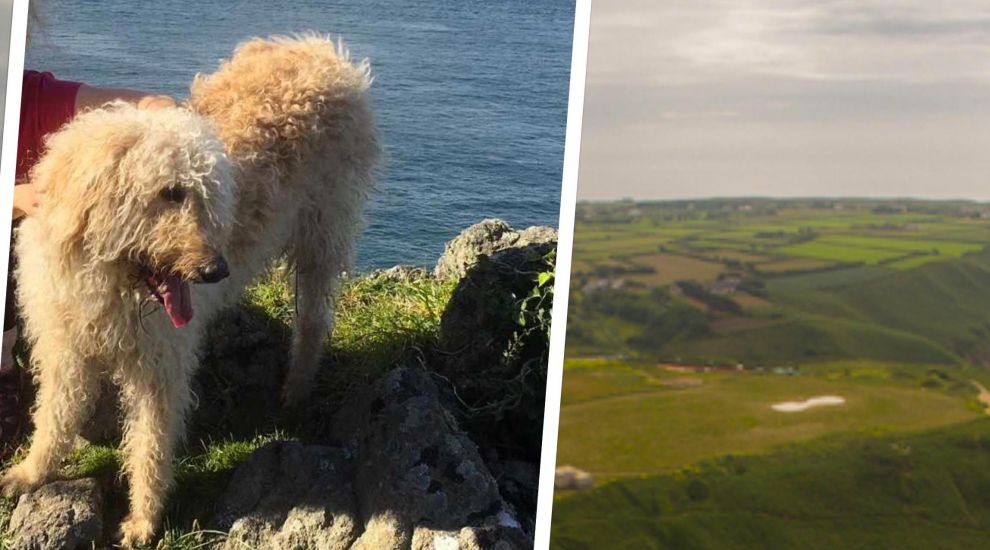 The family of a missing labradoodle found dead on Jersey’s north coast are hoping to get test results today which will show how their beloved family pet died, and if foul play was involved.

It was a tragic ending to the story of the disappearance of Polar Bear, with her body being found nine days after she went missing.

But her family believe that she didn’t get lost as she knew the area "extremely well."

Nigel Radcliffe told Bailiwick Express that, “…Polar Bear was born at the house and would often go for walks in the area around Gronez and Grève de Lecq with her mum Barlou.”

On Thursday 23rd November both dogs had gone missing near the family home by Café Ouen, but only Barlou returned hours later. 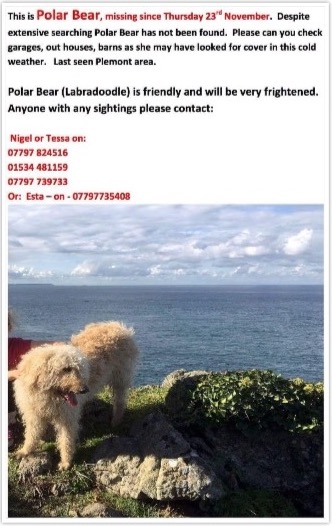 After Polar Bear was discovered earlier this month, Nigel contacted Jersey Police as he says, "...there's no way she's been running around for nine days without being seen."

The family's vet carried out a post-mortem examination on Polar Bear, which revealed the seven-year-old had, "...eaten recently, and the wounds on her body were caused after her death," according to Nigel.

The samples have been sent to the UK and the family expect to have the toxicology report either today or tomorrow.

In a statment Jersey Police have said, "We aren’t investigating at this stage. The dog did have food in its stomach, this could be food the dog hunted whilst out on its own. The matter was left with the vets to contact us if they had any concerns post-mortem."

The family are urging anyone with information to come forward.

Nigel describes Polar Bear as, '...a lovely, happy dog. There's no reason she should be dead."

From K9 to pet…a police dog’s guide to retirement