Painting the island’s walls one can at a time 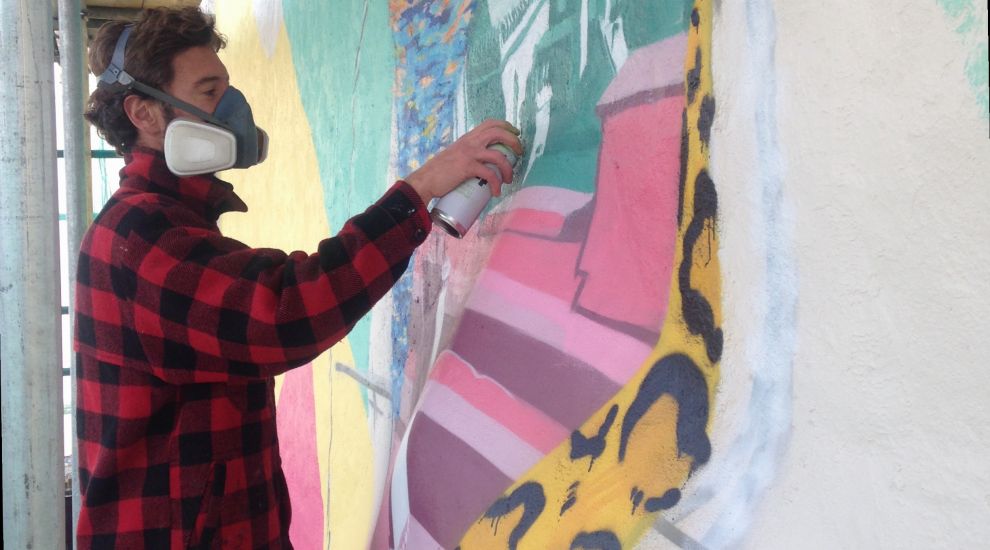 Painting the island’s walls one can at a time

“Drawing is something I always did as a kid. It was never a really a question. I always knew I wanted to be a full-time artist,” recalls Ben Robertson, known by many as Bokra. But four years ago, he decided to swap his pens for spray cans.

After studying Arts and Design at Highlands, Ben moved onto an illustration training course at Wolverhampton University. But after a few years as an illustrator, he decided to try something new. “It all began about four years ago, there was a pop-up art gallery in town where I met street artists. It planted the seed. I then met more people, including guys who have been painting for 10 years. They gave tips and pointers, and some guidance. Then it was all practice and persistence.”

2017 saw Ben tackle one of his biggest projects, the Mural Project, in collaboration with the Skipton Art Series, which Ben says is exactly what artists need in Jersey. With the help of fellow local artists, Abi Overland and Will Bertram, he worked on large-scale murals in St. Helier, one in La Colomberie (pictured below) and the other between Savile Street and Cannon Street.

Pictured: Ben worked on a mural at La Colomberie as part of the Skipton Art Series.

After speaking to islanders about what makes them smile and what influences them, Ben returned to his studio with responses plastered all around him to "give him a feeling.” He then used his illustration skills to design the outline. “Illustration is still there in the design, which I have to draw. My style has changed over the years, I do a lot more collage now. I see the walls as a large-scale canvas on which I paint my ideas.”

Ben, who also painted the mural above the Pets Paradise shop, is set to have another busy year. Among the projects in his bag is the new Skipton Open Studio and the Pier Road mural located behind Jersey Museum, which he should start working on this autumn. 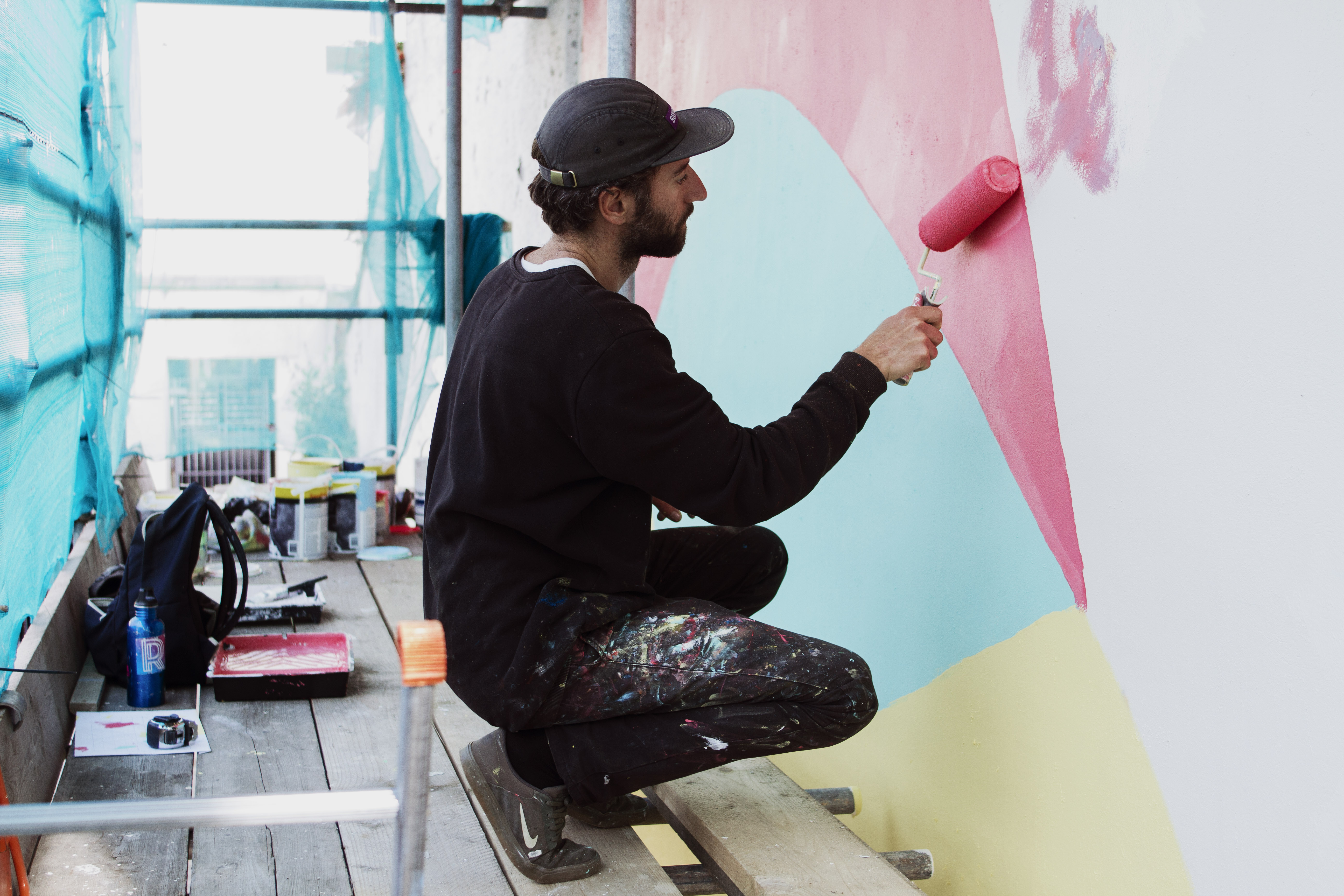 Pictured: Ben at work on the mural at La Colomberie.

The street artist also wants to go into schools to talk about what life as an artist really is about. “It’s difficult and I have to make compromises, which I’m willing to do if it means I get to do what I love. But I want to show kids that it’s not all just about painting, there’s a lot of admin that goes into it and a business side that I didn’t know about until I had to do it.”

Ben is also hoping to see people warm up to the idea of street art. “It’s only now that people are coming around to the idea. Jersey is still a few years behind, four years ago street art was everywhere in London.” To help sway people’s opinions, Ben is ready to paint the island pretty, one unused wall and spray can at a time.