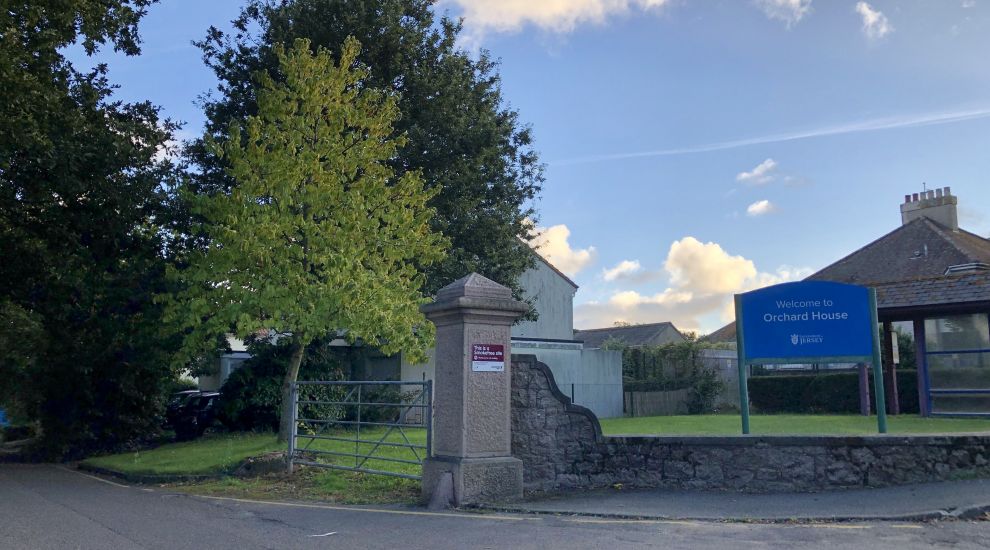 Orchard House is under pressure again, with the number of people hitting crisis point and being admitted under the mental health law rising sharply.

In September, nearly half of all adult admissions were individuals brought there for urgent treatment under an article of that law – up from 15.4% at the same point last year and above the Health Department’s ‘standard’ of under 37%.

The average length of stay is now at 50 days, compared to a standard of 28 days, and the bed occupancy rate is at 90%.

The latest figures came in the Health Department’s latest performance report – a regular ‘health check’ on how well services are doing that the Government only agreed to release regularly after media pressure.

“We’ve seen an increase in admissions and…we have also seen an increase in law application, so that is telling us that the number of patients that are coming into the adult unit are also coming in sicker and requiring more intensive care and support and they are then staying longer as well,” he said.

He went on to explain that two patients under the age of 18 were also receiving intensive treatment in the adult mental health ward.

“I think this is painting a picture that we are seeing a period of pressure – our community teams are working hard to support that pressure,” Mr Sainsbury said.

When Deputy Alves pointed out that looking after two under-18s  within the adult mental health ward “goes against best practice”, Mr Sainsbury said that he couldn’t comment on either case but maintained that the reasons for holding them in Orchard House were “legitimate”.

“They required specialist psychiatric input and the decision was that needed to be provided on-island, so our adult mental health teams are working with our CAMHS.”

Mr Sainsbury attributed the long length of stays in mental health units to “limitations” in the care they receive in the community once they are discharged, but said that work was underway to bolster the home treatment and crisis prevention teams.

He said that the rise in number of people being admitted for inpatient mental health care had coincided with larger numbers of people using the Listening Lounge and Jersey Talking Therapies.

For the latter, the latest performance report showed that 285 people were awaiting a first assessment in September – up from 122 in June. 78 of those individuals had been waiting more than 90 days, with 43% waiting more than 18 weeks to start treatment.

Mr Sainsbury said this could be to do with pandemic, employment or cost of living-related worries.

“The Listening Lounge is our sort of front door, our eyes and our ears, and they are describing some increased activity particularly relating to housing, employment and the wider indicators that are driving anxiety and the exacerbations of some of our clients who have underlying or severe and enduring mental illness, so we’ve got that mix happening within the system,” he said.

Asked which areas might require further investment by Deputy Alves, Health Minister Deputy Richard Renouf responded: “…We’d love to have an unlimited pot and unlimited resources but it’s not that any service has been starved of resource. We’re provisioning as much as we can and improving services all the time.”

Scrutineer Deputy Kevin Pamplin commented: “We’re now going to hit a very nervy anxious period of Christmas and New Year – are you sure there cannot be any relook at investment to help the burden?

“We are doing increased investment to help businesses and other areas get through this period – it seems to me that this growing anxiety and the pressure being put on waiting lists and people needed – are we utterly convinced there cannot be an extra case made to enhance the services to meet the growing demand?”

Mr Sainsbury responded that £4m had already been invested in mental health services, and that the Government had supported the Listening Lounge to grow its team to 26 staff, and reiterated that current focus was on home treatment improvements.

Elsewhere in the hearing, the Health Minister was grilled on the delay to the Clinique Pinel refurbishment project. Contractors have said that it is now unlikely to be complete before September 2022.

But the Health Minister and Mr Sainsbury said they were pushing back on this and urging the contractor to stick to the original completion date in the first part of the year stipulated in the contract.

Mental health services had previously come under scrutiny for their high vacancy and staff turnover rates, though the Health Scrutineers were told that the situation was improving.

There are now 39 vacancies in the service – 13% across all pay groups and staff groups. In the first six months of the year, there were 22 leavers. Since then, there have been six leavers and 13 new starters, the panel was told.