Petition calls on UK to "step in and save Sark" 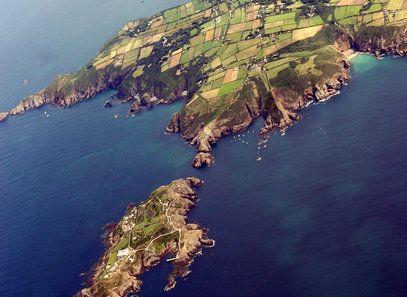 Petition calls on UK to "step in and save Sark"

An online protest calling on the UK government to step in stop the Barclay brothers from destroying Sark’s “peaceful and historic way of life” has gained more than 11,000 signatures.

The petition on 38degrees.org calls on Lord Faulks, the Minister of State for Justice, to use his power to protect Islanders and honour the UK government’s responsibility to ensure good governance in Sark, which has 600 inhabitants.

The brothers, who are worth an estimated £6 billion and whose network of business interests includes the Telegraph Group, brought the tiny island of Brecqhou off Sark in 1993, and built a huge mock-Gothic castle there. Since then, they have built up a portfolio of hotels and property in Sark.

They recently announced that their hotels would not be reopening next year – a decision that protestors say mean that a sixth of all of Sark residents have lost their jobs.

The petition, which can be viewed here, says that things have gotten so bad that the UK government must step in.

It says: “The Barclay brothers company Sark Estate Management (SEM) has turned much of their good quality agricultural land over to vineyards, land that was traditionally used by the islanders for centuries for growing crops and grazing livestock.

“In November 2012 a peaceful protest at the Sark Mill vineyards against the spread of vines resulted in 120 Sark residents signing a petition asking the Barclays to reconsider their vineyard project but this was ignored. SEM continue to spray the vineyards with chemicals and residents fear for the health of Sark's pristine ecosystem and their fresh water supplies which come from under the ground.

“Sark is a dependency of the Crown but, so far, our government has left the islanders to fend for themselves. The Department of Justice has admitted that it has an 'ultimate responsibility to ensure good governance' of Sark.

“They are aware of what's going on - former Justice Minister Lord McNally has already been to visit the island. It's time Lord Faulks, the new Justice Minister and Chris Grayling, the Secretary of State for Justice, lived up to that responsibility.”

Posted by Caroline leach on Dec 5th, 2014
Come on UK! Step up to the plate and help the peaceful ancient island of Sark retain its traditional way of life and not be bullied by billionaire Barclay brothers.
To place a comment please login Login »