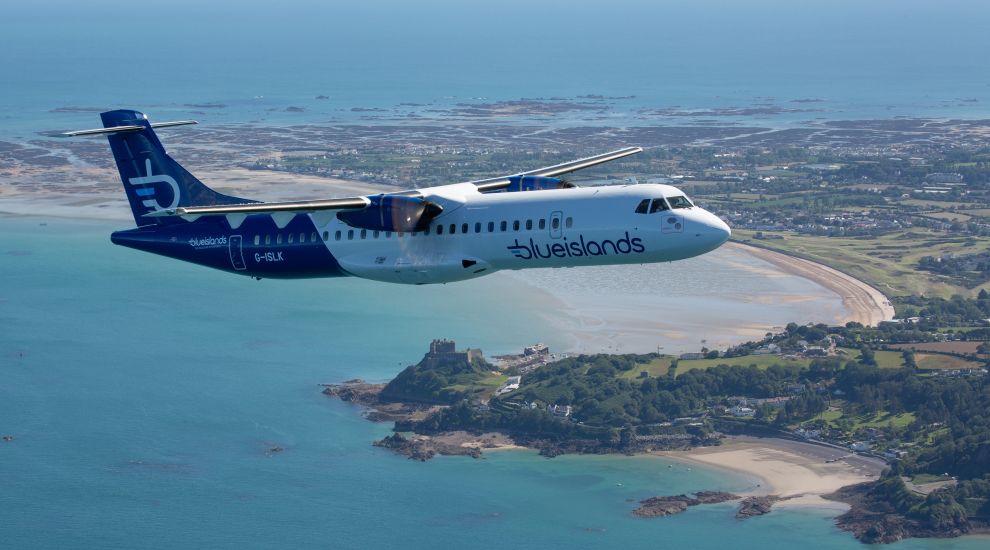 A pilot who lost his job because of the pandemic has failed to get his former airline to pay his training costs.

Ian Gilmartin took Blue Islands to the Employment Tribunal, arguing that the airline should have paid for him to qualify to fly their aircraft, even though it was forced to terminate his contract less than two months after hiring him.

Mr Gilmartin was employed by Blue Islands last February and initially had to undergo ‘type rating’ training to fly the airline’s ATR aircraft.

Costing around £16,000, this training was paid for by way of a personal loan in the pilot’s name which was arranged by Blue Islands and repaid by the airline over three years.

Pictured: The case was heard by the Employment and Discrimination Tribunal.

Blue Islands argued that the arrangement was normal in the industry because, by putting the financial risk on the pilot, it meant that the airline wasn’t out of pocket should a pilot decide to move on to a bigger carrier.

Mr Gilmartin had completed his type-rating and was close to finishing his training and final assessments when the Covid pandemic drastically cut air travel.

On 20 March, he was told that his employment would be terminated with immediate effect but, with the airline hoping that flying would resume soon, Blue Islands agreed to continue to repay the bond, which was with a third-party lender.

However, the following month, with the chances of flying receding, Blue Islands emailed Mr Gilmartin to say that it could not make bond payments in April and May due to cash flow problems and this would be reviewed in June.

That month, however, the airline confirmed that it would not be paying the bond that month and there would be another review in July. By this time, however, the relationship had broken down and Mr Gilmartin had approached the Employment Tribunal.

Mr Gilmartin referred to a clause in his contract that said if he was dismissed, he would have to pay back the balance on the bond. He argued that because he did not resign or was dismissed for misconduct, he should not therefore be held liable for the loan.

The airline, however, referred to another part of the contract which said that Blue Islands would meet the cost of the monthly loan repayments during the pilot’s employment, which had terminated in March.

The Tribunal, led by Deputy Chairman Advocate Claire Davies, concluded that there was no provision in the original contract that obliged the employer to continue to make loan repayments for Mr Gilmartin after the relationship had come to an end.

However, Advocate Davies did judge that the airline should pay the bond for the three months that it kept Mr Gilmartin ‘on the hook’ while they hoped he would be able to complete his training and start flying passengers.

“[Blue Islands] expected [Mr Gilmartin] to be available to do that,” she said. “There was benefit on both sides. This remained the case until it became clear, by July 2020, that the relationship had permanently broken down.”

She ordered that the airline pay the pilot £1,484.46 in damages, which represented the three loan repayments that should have been made last April, May and June.