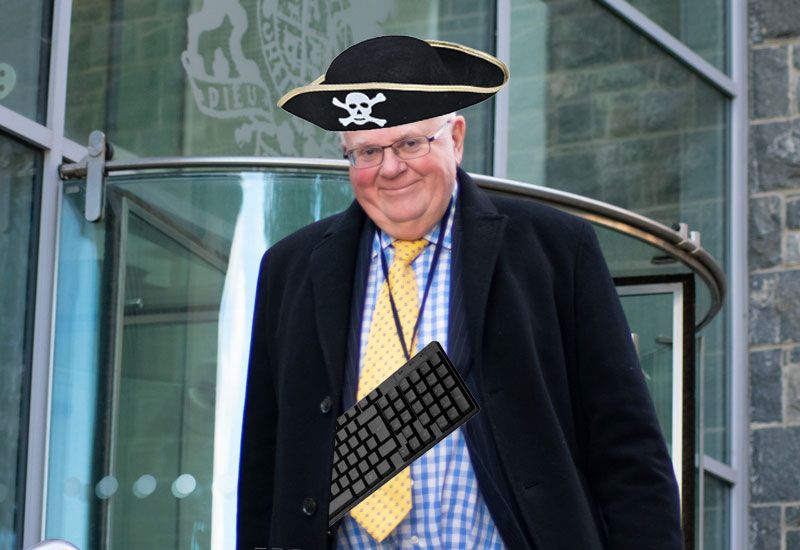 A Guernsey Deputy who was booted out of the island's States for a year after insulting people on social media using a fake profile has slammed "so-called keyboard warriors" campaigning for a new discrimination law.

Speaking at a sitting of the island's States yesterday, Deputy Christopher Le Tissier (pictured top) said that some campaigners had put forward their arguments unreasonably and fallen short of standards which he said they demand in others.

"It's really ironic that those who preach tolerance don't think it applies to them when they are being rude and aggressive to deputies. I've been called an old white male. And a gammon, would you believe. I haven't Googled it yet, but I think it's probably not complimentary," said Deputy Le Tissier.

He said that deputies who supported the most far-reaching of a series of unsuccessful amendments which could have weakened the discrimination law had been criticised by "a very prominent anti-discrimination campaigner who was caught out trying to defend age-based prejudicial comments".

Deputy Le Tissier made his remarks just 11 weeks after returning to the Assembly following an unprecedented 12-month suspension for breaking multiple sections of the States members' code of conduct while posting abusive messages on Twitter under a fake name – 'the Pirate'. 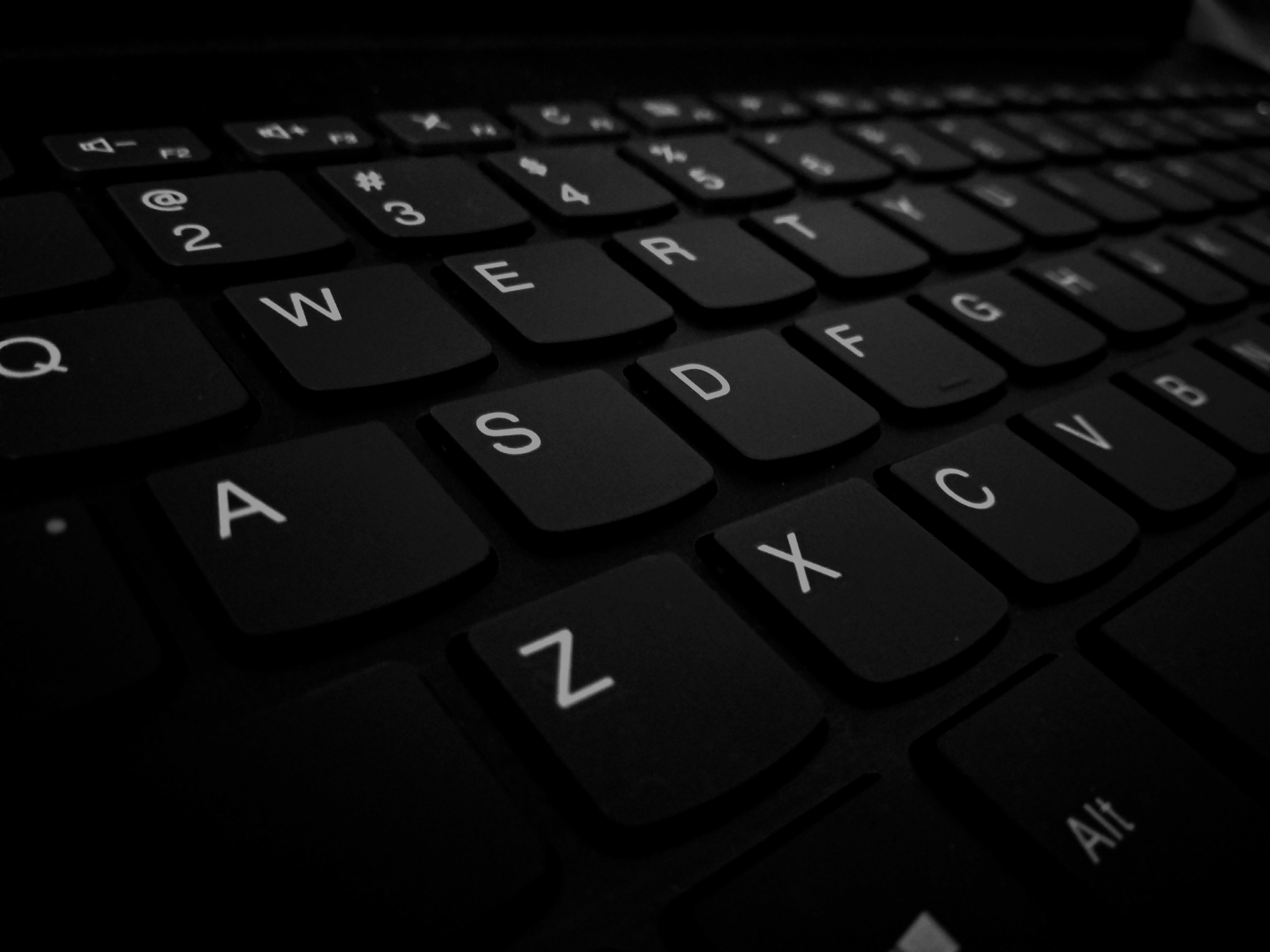 Pictured: Deputy Christopher Le Tissier's criticism of "so-called keyboard warriors" was supported by some deputies and challenged by others.

The irony of Deputy Le Tissier's criticism of "so-called keyboard warriors" did not escape Deputy Peter Roffey, the President of the Committee for Employment and Social Security, who successfully led the new law through the States on Friday.

Later in the debate, Deputy Roffey said: "I was really bemused. Deputy Le Tissier doesn't like keyboard warriors. Was I the only one who found a certain irony in that?"

Deputy Roffey also defended "99% of the people campaigning" for the new law and challenged deputies who had criticised campaigners. But he accepted that one message which adopted the term "H8TE" to describe one of the proposed amendments to the law – numbered amendment eight – was "misguided, unfortunate... and probably should be apologised for".

"What I do know is that the vast majority of campaigning that has come to me has been respectful. Most of it...has not been cut and paste, but has been original letters with original content," said Deputy Roffey.

"Yes, it's got a bit angry at times. When people campaign for something they feel desperately strongly about for many years and then feel, as they do feel, that this amendment will water it down considerably... they are going to get angry, and when people get angry they say things they shouldn't.

"I think actually the spirit of 99% of the people campaigning has been good...I think some of the protests [from deputies] have been overdone in the Assembly." 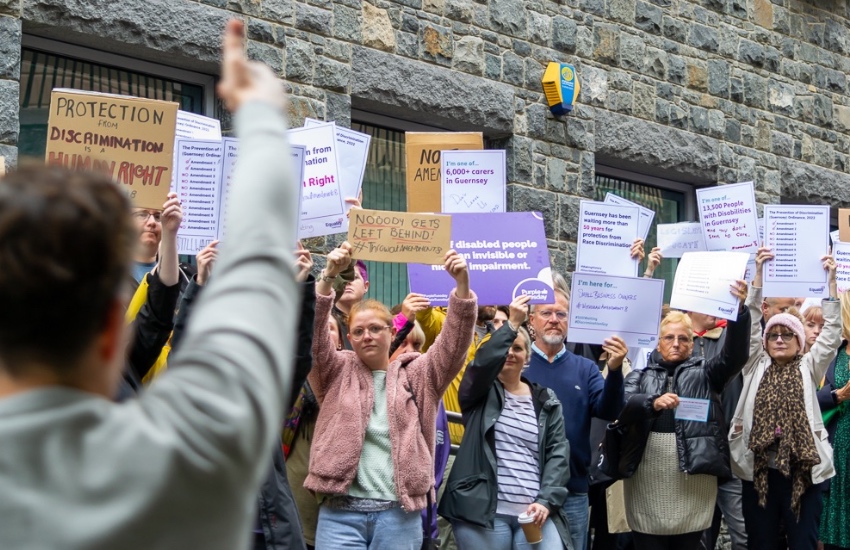 Pictured: Deputy Peter Roffey defended public campaigners supporting the new anti-discrimination law and said 99% of them had put their arguments passionately but respectfully.

Deputy David Mahoney, a member of the Policy and Resources Committee, joined Deputy Le Tissier in criticising the actions of some anti-discrimination campaigners.

"I'd add my voice to those condemning the way the hate [H8TE] campaign has been run by interest groups and groups that hold themselves out to be paragons of virtue and inclusion who in fact prove no better than good old bully boys hurling insults and acting in a way they should know better," said Deputy Mahoney.

Earlier in the debate, the island's most senior politician, Deputy Peter Ferbrache, said he did not trust the Committee for Employment and Social Security over anti-discrimination legislation, citing as a reason the Committee's response to elements of the public campaign in favour of the law.

Deputy Ferbrache said that a campaign had posted: "It's time the white privileged man's bubble is burst." He asked: "What on earth does that mean? How intolerant and discriminatory and abusive is that?

"And yet I've not heard Deputy Roffey in any of his speeches or any of the other members of the Committee get up and say 'we abhor that, we are against that, we don't like that kind of communication'."

At the end of a lengthy and at times fractious debate, the States' Assembly approved the proposed law with only minor amendments.