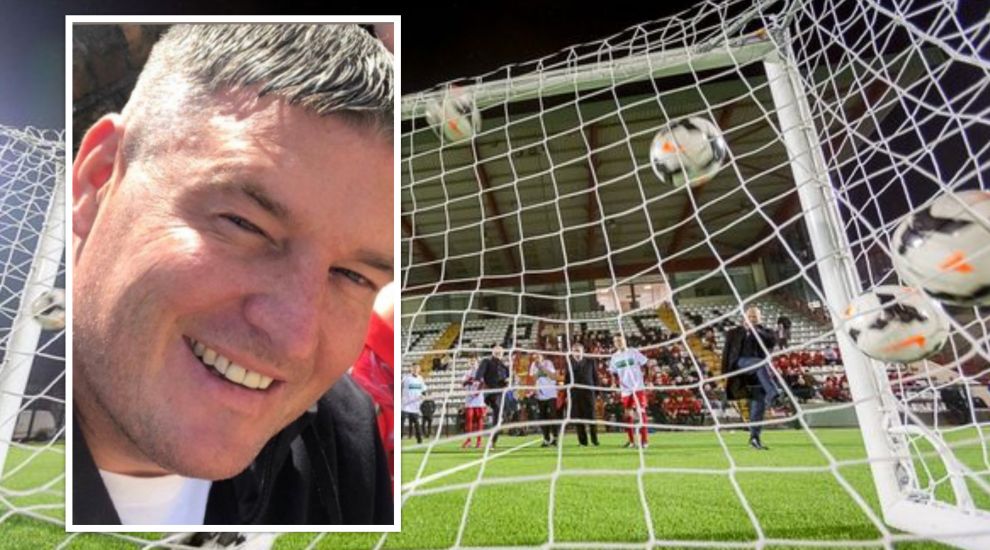 A trio of local football clubs will taking part in a special tournament and sports memorabilia auction tomorrow to raise money for the family of a popular goalkeeper who passed away after testing positive for covid.

Father-of-three James Keating (47) previously played for Trinity, Rozel Rovers and Jersey Scottish FC, and players from the three teams will be taking to the pitch at Springfield between 13:00 and 16:00.

They will observe a minute's silence at 12:45 and release balloons before taking a photo in blue shirts, as Mr Keating was a “massive Everton fan”.

Any kind donations for the raffle would be warmly welcomed. https://t.co/G5luwylPSE pic.twitter.com/I3EpEkTcQL

Following the news of his passing, representatives from the three clubs started talking about how the local football community could come together and organise a game in his memory.

James Scott, the Manager of the Parishes of Jersey Football Club, who played with Mr Keating in the Jersey Scottish over-35 team and has known him for many years, said he was “a massive football man” who played for a number of local clubs.

More than 80 players signed up for the event, prompting organisers to plan a ‘Round Robin tournament’, where all four teams will play each other in shorter games.

“We are all coming together in memory of James and hopefully we will raise some money for the family,” Mr Scott told Express last month.

Players from the three clubs will be mixed up in the different teams for what Mr Scott hopes will be “a fun tournament”. He said the “great” sign up was a reflection of Mr Keating’s character and how respected he was.

“He had a big heart and was very passionate when he played football,” he said. “He was well known within the football community. It’s good that we have come together like this.”

Mr Scott encouraged islanders to come and watch the games and show their support.

Donation buckets will be circulated in the stands and all participating players have been asked to donate £20 for Mr Keating’s family.

Fitting final item as James was a massive blue!

Bids to James Scott (DM only)

To raise more funds, football memorabilia is also due to go under the hammer those wishing to take part in the auction can send their bids to Mr Scott until 19:00 today (Saturday 21 August).

The items up for grabs include: