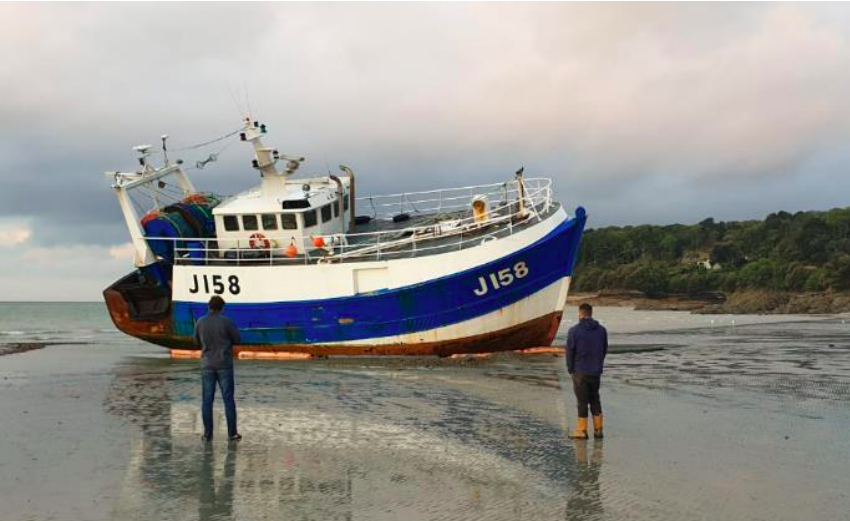 Local mariners are being urged to rest well before charting a course and ensure alarm systems are in place after a fishing boat ran aground because its deckhand fell asleep.

French covid rules at the time prevented them from stopping to rest in Granville after landing their catch and they had to travel straight back to Jersey.

While the boat was certified to operate with a crew of four, duties were shared between just two: the skipper and a deckhand. The skipper said this was due to recruitment difficulties arising from a lack of appropriately qualified individuals in Jersey, and permits to employ individuals outside the EU not being available locally.

As the vessel passed the French Chausey islands on the way back from Granville shortly before midnight on 13 May, the skipper asked the deckhand to take over watch while he retired to his cabin to rest.

Pictured: L'Ecume II got stuck in the area of Belcroute Bay.

The deckhand adjusted course near the Minquiers, before conducting rounds of areas of the boat then returning to the bridge where he made a cup of tea and took painkillers for back pain, which may have caused drowsiness.

With 28 minutes’ journey time left, the lookout – at this point seated in a “comfortable chair” with heater “probably on” - watched a few Youtube videos before starting to nod off.

L’Ecume II remained on autopilot at a speed of eight knots. When the deckhand awoke, he found that the boat had run aground, and immediately placed the engine astern.

Awakened by the engine sound, the skipper unsuccessfully attempted to manoeuvre the vessel back into deep water before calling St. Helier Vessel Traffic Services around 02:51. 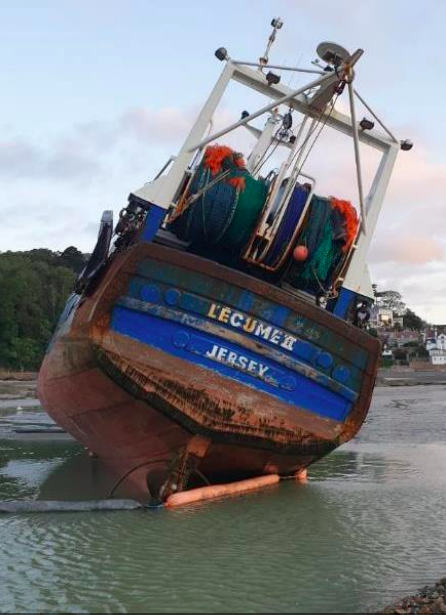 Pictured: L'Ecume II seen from behind, with precautionary protection against pollution in place.

An incident was declared and a rescue and pollution prevention operation involving the RNLI and Jersey Fire and Rescue’s Inshore Lifeboard Service got underway.

It was refloated later in the morning. While L’Ecume II had suffered some damage to her rudder, the boat was still able to move independently and was safely back alongside her berth at Victoria Quay by 10:46.

Ports of Jersey decided that a full Marine Accident Investigation should be undertaken.

A report on the investigation published this week found that no ‘Bridge Naviation Watch Alert System’ to prevent the vessel from getting into difficulty had been installed. There was no regulatory requirement for L’Ecume II to retrofit one – even though new vessels of a similar size were required to – but its owners later arranged for one to be installed.

Ports of Jersey recommended that “the volume level of the alarm should be such that it is sufficient to awaken a sleeping watchkeeper and it is desirable that the system has a secondary feature that will cause an alarm to sound throughout the vessel if not reset by the bridge watchkeeper.” 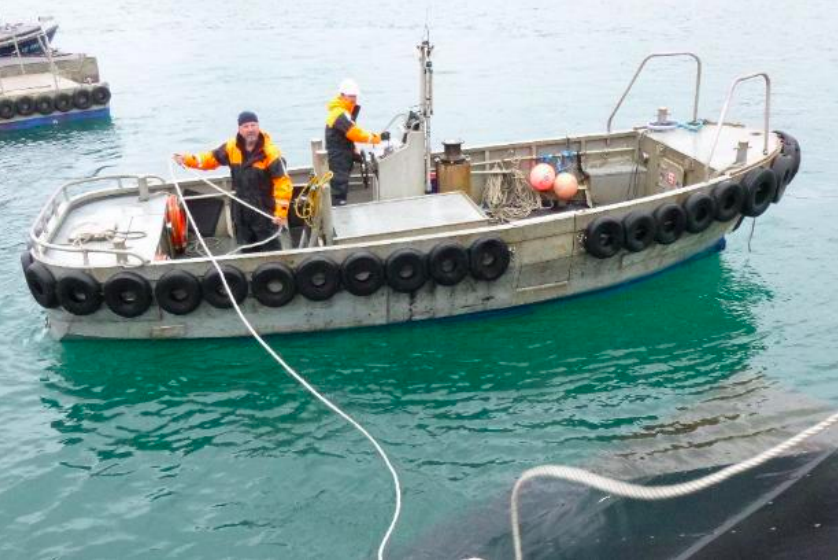 Pictured: The Halcyon workboat that helped to refloat L'Ecume II.

While no detailed hours of the crew’s work or rest record were kept, the report stated that it was “unlikely that either the skipper or the deck hand were able to obtain the recommended 10 hours of rest in each 24-hour period, as recommended for UK fishing vessels.”

“In order to operate safely and avoid fatigue it is necessary that all crew members are adequately rested prior to commencing duty and that they have adequate rest on a daily basis," the report read.

"Evidence on which the current hours of rest requirements in STCW and the Maritime Labour Convention are based have shown that in order to avoid fatigue most individuals need at least ten hours’ rest each day, with a daily average of eleven hours rest spread over a seven-day period being desirable. As it has been found that one or two longer periods of rest is more effective than several short periods of equal aggregate, it is recommended that the daily ten hours' rest is taken in no more than two periods and that one of these should be of at least six hours' duration."