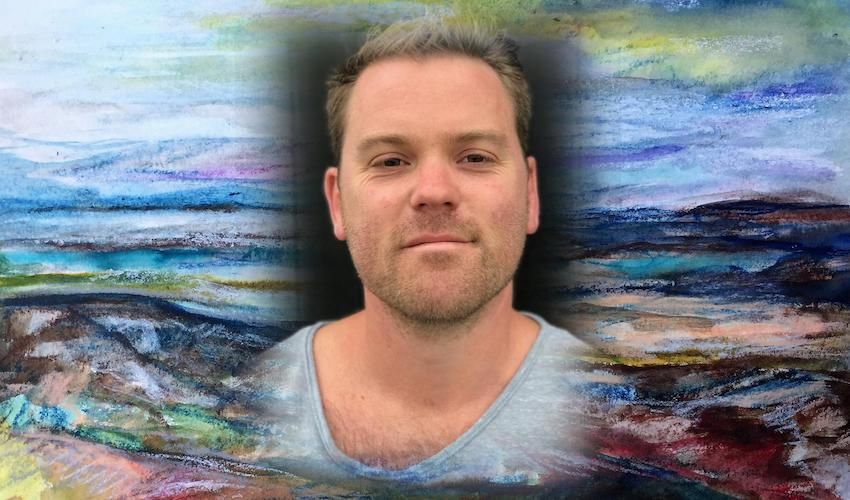 A local painter, whose work and process embrace the great outdoors, has chosen an unconventional location to display his Monet-inspired landscapes.

Rather than in a gallery or studio, Robert Allen's new solo exhibition, which opens this weekend, will be held in one of the island's iconic 18th century landmarks.

Islanders will be able to discover 'Coastline', as the exhibition is titled, at Le Hocq Tower - a St. Clement headland where he often ventures to paint ‘en plein air’.

Pictured: The 'plein air' painter is opening his exhibition this weekend.

Painting in the outdoors was a technique championed by the impressionist artists that inspire Robert, including Monet.

According to the Jersey artist, it was the French master's painting of the Seine that first attracted him to landscape and the practice of painting outdoors.

“I then went out that day and started drawing from the coastline around Jersey intending to bring the work back to a space to turn in to a finished work. However, I enjoyed the spontaneity and energy of working in the landscape and this was reflected in the artworks," he told Express.

In addition to Monet, also among Robert's influences are Peter Lanyon, Barbara Hepworth and Ben Nicholson and others who have all used land and seascapes as inspiration for their more abstract work. 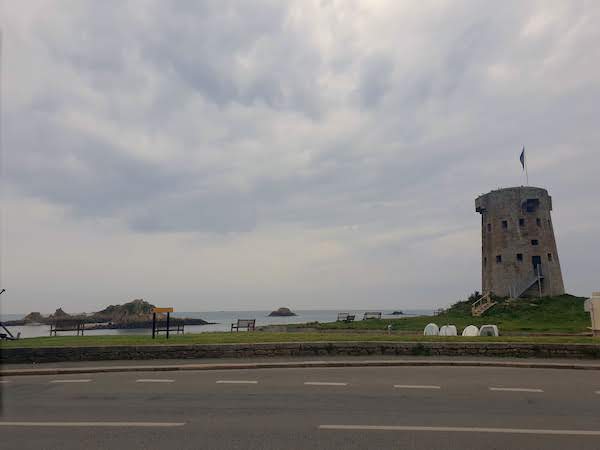 Pictured: Robert has chosen Le Hocq Tower as the location for his solo exhibition 'Coastline'.

Having trained at Falmouth College of Arts in Cornwall and now living and working as an art teacher in Jersey, Robert is accustomed to being surrounded by striking coastal landscapes.

“The natural landscapes of Cornwall and Jersey have been constant inspiration due to the slow changes of tides and erosion to fast changes such as the light on a stormy day. It offers challenges that keeps the work and themes constantly fresh.

"Peter Lanyon also said something that stuck with me - he said he ‘wanted to paint something bigger than himself’,” he explained.

In Robert's view, specialising in 'plein air' painting means he has "the greatest studio in the world."

Pictured: "The act of 'plein air' painting means I have the greatest studio in the world."

"The ever-changing Jersey coastline is a constantly inspiring subject, so much so I still mostly paint in one corner of the island down the road from where I live," he said.

A teacher at Hautlieu School, Robert says it’s important to him that he continues to make work to inform and broaden his abilities as a teacher.

“I have always tried to keep my own practice going throughout my teaching. I believe it is extremely important to keep making your own work as an art teacher as it makes you better able to offer theoretical, conceptual and practical advice.

"The students also enjoy seeing you making work and also they are more confident to believe in your advice.”

Pictured: Robert getting up close and personal with his subject matter.