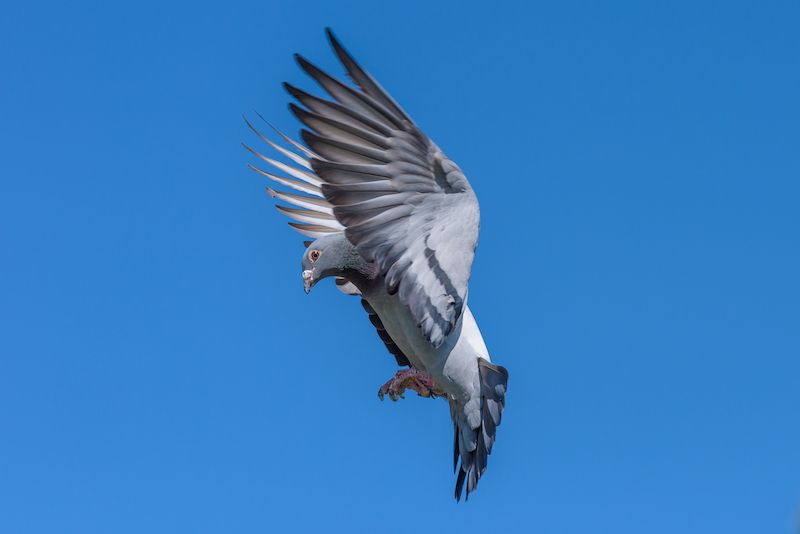 Investigations into the poisoning of several birds of prey in Guernsey have intensified, after a live racing pigeon believed to have been covered in pesticides was reported to the police.

The pigeon was spotted near Grantez Mill, Castel, by a birdwatcher, who contacted Jamie Hooper, Land Management and Conservation Officer for La Societe Guernesiaise.

It was struggling to take flight and covered in an 'oil or liquid'. Concerns have been raised that the bird was being used as bait to deliberately kill more birds of prey.

Four peregrine falcons and one buzzard have been found dead from pesticides since April last year, and pigeons have previously been involved. The buzzard, found in July, had eaten part of a dead pigeon, which had ingested illegal substances and is also believed to have been used as a bait.

Guernsey's pigeon racing community has not spoken out about the situations and have long had an issue with birds of prey on the island; one pigeon fancier said, back in 2005, that peregrine falcons have "decimated" the small bird population on the island.

Express contacted the President of the local pigeon-fancying club about the live racing pigeon, however he declined to comment.

Details on the club itself are scarce; there is no online presence or record of membership, and most references to racers in Guernsey are related to English groups such as the British Barcelona Club or the Royal Pigeon Racing Association.

Mr Hooper has asked the public to keep an eye out for pigeons in "funny places", or who appear to be coated in an oil or liquid.

However, he warned that the public should not attempt to capture the birds as the pesticides used in the past are "very dangerous substances" to animals and humans alike.

A reward of £16,500 is being offered for information leading to a conviction. It has been put up by a combination of animal welfare and nature organisations and animus donors.