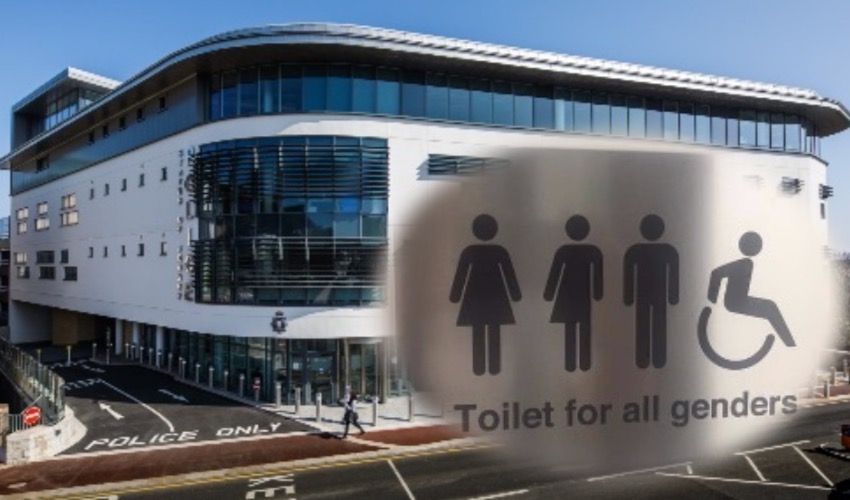 Police HQ has adopted new gender neutral signage for its toilets to recognise the "diversity of visitors, staff and colleagues from around the island's communities".

"States of Jersey Police are committed to being an inclusive organisation and creating an environment where all staff and visitors to Police HQ feel comfortable when on the premises. This facility is a choice as not all toilet facilities have been designated with the new signs.”

Our first tweet as we join Twitter! Police HQ has new signage for gender neutral toilet facilities. A positive move recognising the diversity of visitors, staff and colleagues from around the Island communities. A positive step demonstrating gender recognition by SoJP #LGBT pic.twitter.com/avYOY7cXxU

Some islanders questioned the design of the design and the symbols it includes, to which the group responded: "It was chosen by the LGBT+ lead specifically to try to encompass people who may not be able to read or have certain types of other impairment which may make it more difficult to identify the word ‘toilet’."

A minority of social media commenters disagreed with the sentiment behind the move, but the group maintained: "Diversity is about recognising and celebrating individuality and tailoring our service and responses accordingly so please do not let this cause disagreement with our page supporters; please try to see it as progress."

Posted by nigel pearce on Apr 10th, 2019
Can anyone explain to me when those with XX genes made a person female and XY genes made a person male, ceased to be.
Posted by John Henwood on Apr 10th, 2019
It's good to know there are lavatories at the new police HQ. I don't suppose there's any truth in the rumour that the multi-million pound 'best police HQ in Europe' was completed without providing a staff canteen?
To place a comment please login Login »