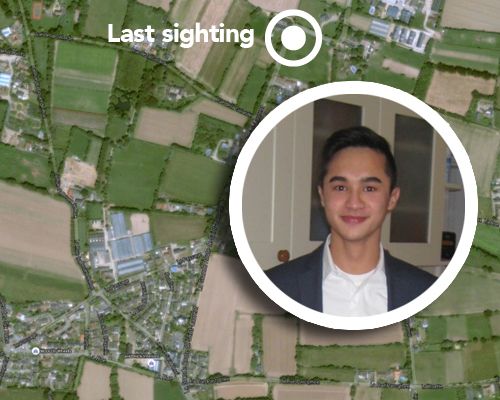 As the search for missing Adrian Lynch enters its fifth day, police say that they have learned of two more potential sightings in the early hours of Saturday morning..

They are also asking Islanders to look out for Adrian’s Yale door key and a key to a Ford Fiesta, as well as his gold signet ring

Yesterday, officers said that it was unlikely that they will find the 20-year-old alive, but that they would continue with the search.

Divers and shallow water search teams were deployed again yesterday, as well as an aerial drone.

A police statement last night said: “As search efforts are scaled back overnight in the investigation into the disappearance of Adrian Lynch detectives are gathering information on two further potential sightings.

“The sightings, which were called in to officers today, are in the parishes of St Lawrence and St John around the time of the other sightings. The validity of these is being checked.

“Overnight the search efforts are being scaled back with open land searches continuing tomorrow.

“Houses are also being revisited in the hope of gleaning any more information that islanders have who potentially don’t realise the value of that information.

For another night, officers kept up the search overnight – focussing on the spot where he was last seen at around 2 am on Saturday morning outside Bon Air Riding Stables.

His wallet and phone were found not far away, and there were reports yesterday that his belt was also found nearby.

Around 4,000 leaflets were dropped off to homes around St Lawrence, St Mary and St John with a full description of Adrian, and urging people to help with the search.