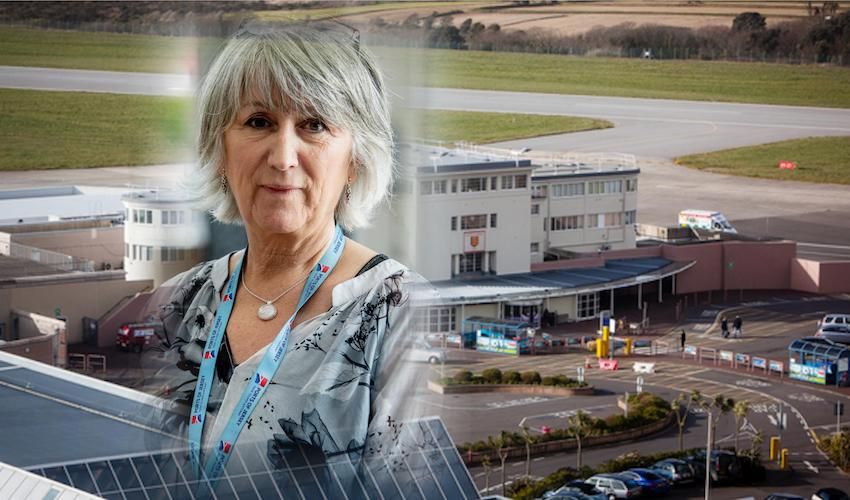 Politicians have voted to put a major £42m airport revamp on hold for review just as it's emerged that the terminal’s director has left her post and is currently handing over to her replacement.

In a key debate on the major capital project, States Members yesterday voted 25-19 to press ‘pause’ on the project to review its scale, detail and viability in light of the impact of covid-19 on the aviation industry.

The decision comes just as it's emerged that Airport Director Inez Bartolo has stepped down from her post. She is now working as a ‘Regulatory Adviser’ as she hands over to her replacement, former Head of Air Traffic Services Robin MacRae.

Ports of Jersey have not yet commented officially on the departure or appointment, but according to professional networking site LinkedIn, Mr MacRae is now listed as the Airport Director and Ms Bartolo has the new title of Regulatory Adviser.

Despite the major change, Treasury Minister Deputy Susie Pinel - the shareholder representative of Ports of Jersey - did not appear to be aware when Deputy Russell Labey asked whether the former Airport Director was still in her post earlier in yesterday’s States sitting. She said she couldn’t confirm the details and assured him she would find out and get back to him. 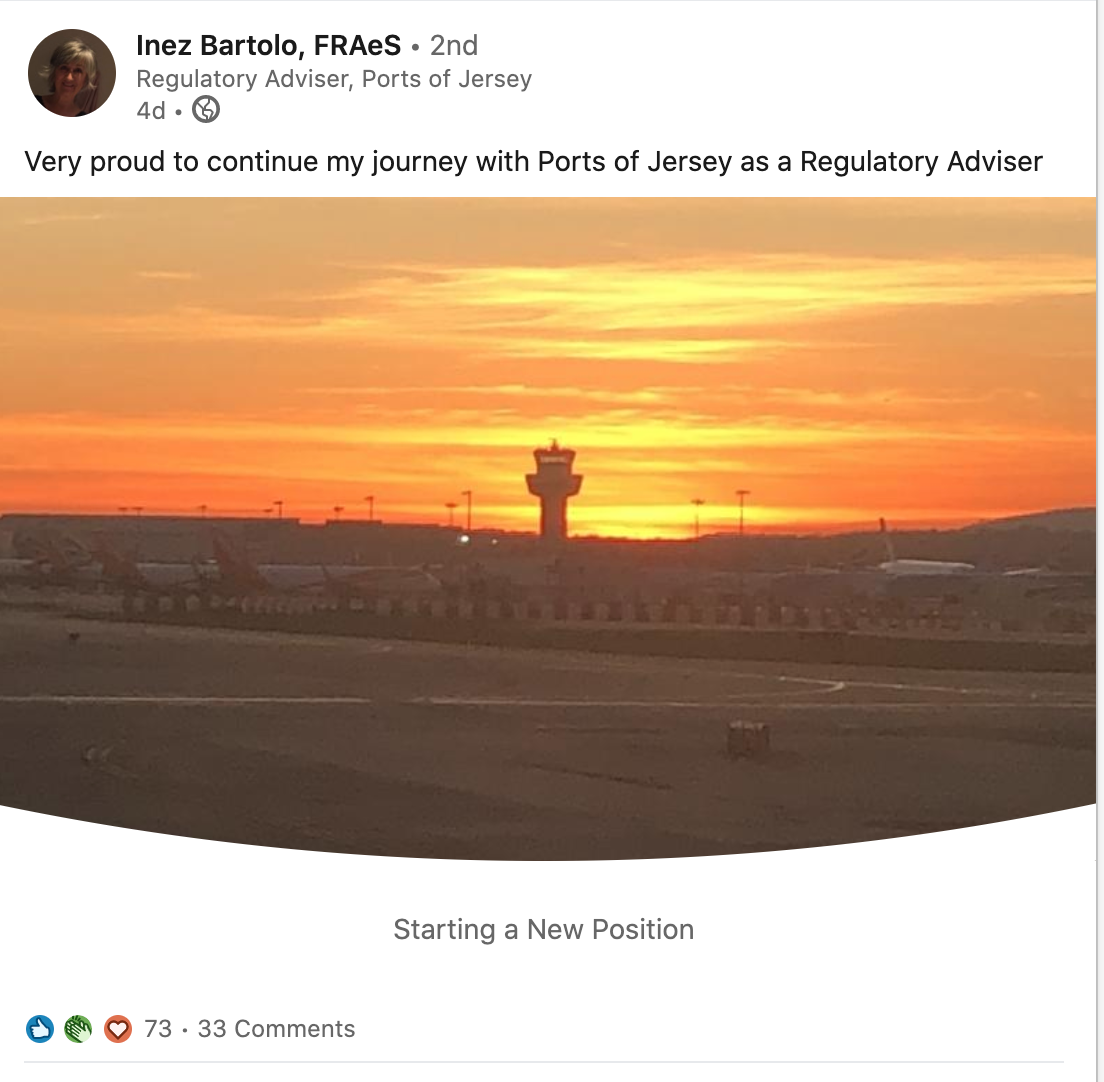 Pictured: The move has been indicated on LinkedIn (LinkedIn/Inez Bartolo).

The exchange came shortly before Deputy Labey opened the debate over whether to hit pause on the airport revamp.

He brought the proposal forward out of concern that the scope of the development had not taken into account significant changes to the aviation landscape as a result of covid-19. He also hoped that the 1937 Terminal building might be able to be saved as a result of the review. In a report detailing his plan, the Deputy says that three key things have happened which might affect how the redevelopment is planned for:

“First, Ports of Jersey has lost revenue from landing fees and Air Passenger Duty, a situation that is likely to continue into this summer. Secondly, the loss of airlines such as Flybe has created uncertainty about which routes will be served from Jersey in the future and who will operate them. Thirdly, aviation experts have started to discuss the way in which existing airports, and those to be built in the future, will work given the constraints imposed by this pandemic and any similar events in the years ahead.”

Elsewhere, the Deputy adds: “It may be that the regeneration of the Airport becomes an important part of any economic stimulus but it cannot be right that the Board of Ports of Jersey should plough ahead with a scheme designed in a pre-pandemic world without taking full account of the changed aviation landscape.”

Ultimately, the vote was close but Deputy Labey secured a win by a narrow margin of just five votes with 25 members voting in favour and 19 against.

There was one abstention.

Posted by Peter Huntingdon Bewers on Jul 1st, 2020
I am glad the Government of Jersey has decided now not to demolish the 1937 Airport Terminal building , it was stated that it was to close to the Runway ? but it. Is in the position as when the Airport was built all those years ago and caused no problem
This change will save the Island some 43.000.000. Pounds and will.be a lot better than having to convert the departure hall to do both jobs of arrivals and departures.
Posted by Tim Le Lere on Jul 2nd, 2020
Although I agree with the heritage aspect, £42M will surely escalate in costs and time, it’s far easier to flatten and start again. I would imagine the same politicians who are questioning the plan now will further question when another £x million are spent on external consultants to review incorporating a 80+ year old building, and the revised plan probably costing £50M+
To place a comment please login Login »