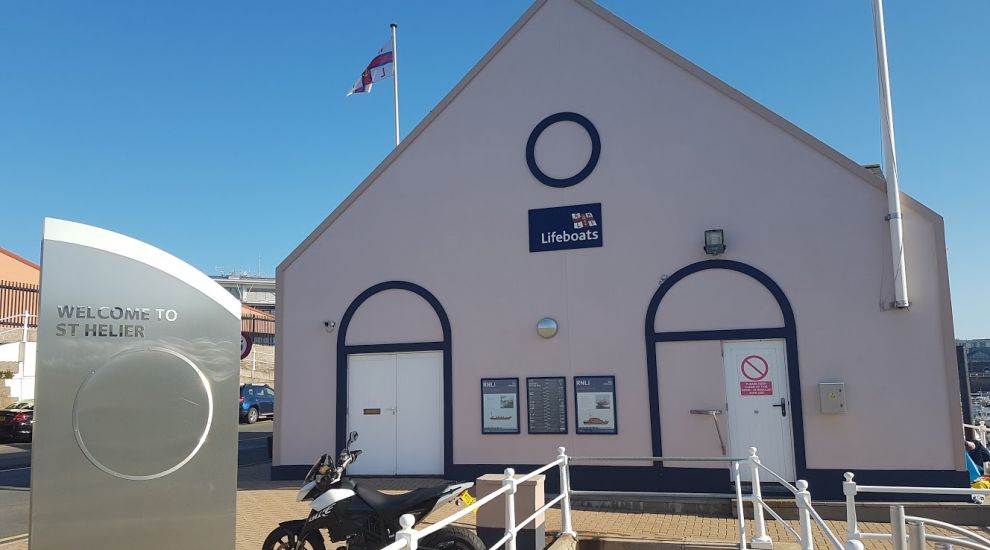 It's been alleged in the States Assembly today that a disagreement between the local branch of the RNLI and the Ports of Jersey over the towing of a struggling French vessel may have been the catalyst which led to the sacking of an RNLI coxswain and the mass resignation of the crew.

Coxswain Andy Hibbs, who had been on the St Helier RNLI crew for almost 25 years – 14 of them as coxswain, and whose father was also coxswain before him – was relieved of his duty two weeks ago for allegedly breaking the RNLI’s code of conduct – something he strongly denies, and of which he was cleared at an earlier disciplinary hearing.

Shortly after Mr Hibbs’ dismissal and the subsequent mass walkout of the crew, it was claimed that the national organisation changed all the station’s locks, stopping the crew from gaining access to the boats, even in the direst of emergencies.

The row has since made international news and, according to former crew members, brought the whole organisation into disrepute. Meanwhile, an online petition in favour of reinstating Mr Hibbs has reached over 4,000 signatures.

Since then, the former crew have published an open letter condemning the RNLI’s handling of the situation, but it's never been made clear exactly why the dispute began. 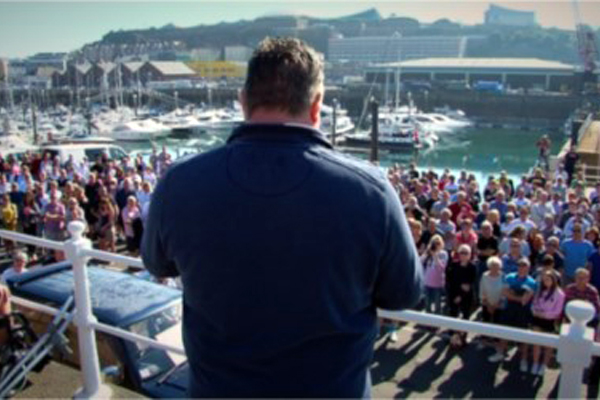 Speaking in this morning’s States sitting, Deputy Russell Labey alleged that the Ports of Jersey had tried to “take over” the towing of a French boat in distress following a successful RNLI mission, an event he described as being, "...akin to piracy."

When the vessel’s captain refused due to a potential cost, Ports of Jersey allegedly lodged a formal complaint with the RNLI Headquarters.

In a question directed at Assistant Chief Minister Senator Paul Routier, who had previously urged the crew to, “...return to their positions while this dispute is resolved”, the St Helier Deputy said:

“Can you confirm that the current difficulties arise out of the Jersey Ports Authority contacting the RNLI HQ in the UK in the process to make complaint against the local RNLI? And is he aware and can he confirm that the catalyst for our current difficulties were a successful mission completed by the RNLI that marred by the intervention at the harbour gates by the Jersey Ports Authority type who offered to take over the towing in of this struggling French vessel at which point the master of that vessel said, “I’d rather stay with the RNLI because it will save me £1,500”?

“If that is indeed the case, the RNLI, I believe, did tow the boat in. If that is the case, does the Assistant Minister condone that sort of behaviour on the part of the Jersey Ports, which, some might say, is akin to piracy?” 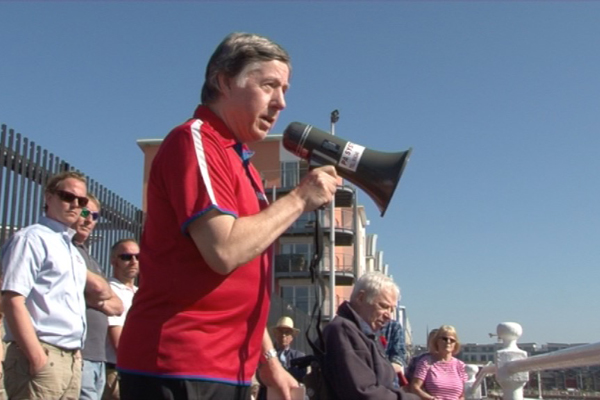 Pictured: Senator Paul Routier addresses the crowds at the public show of support earlier this month.

But the Assistant Minister declined to respond to the specific allegation.

He commented: “I cannot confirm any of what the Deputy has said with regards to those circumstances but what I do know is there are so many half-truths and rumours going around this whole issue which is actually clouding the issue about the relationship between the RNLI and the crew and the Ports of Jersey. That relationship is not good. There’s no denying the fact, and I think it’s recognised by all parties that there is a need to ensure that they do work together and understand each other’s positions a lot lot better and say with regards to those specific incidences, I cannot comment on those at all.”

When asked by Express to comment on Deputy Labey's allegation, the Ports of Jersey expressed their respect for the RNLI, but declined to comment on the alleged incident.

Posted by Michael Sinel on Apr 18th, 2017
Whatever the pros and cons it is ridiculous that both the RNLI and Jersey ports are embroiled in a childish squabble that has put the good name of Jersey and the RNLI into disrepute. Both sides should grow up and sort the matter out without further delay before the situation deteriorates further and makes both parties an international laughing stock.
Posted by stewart lobb on Apr 18th, 2017
I assume that the RNLI responsabilities are to vessels in distress where there is a real and imminent risk to the safety of crew and passengers of any such vessel.
Once the critical period of any rescue is over the Life boat coxwain will normally and customarily assist the vessels into the safety of a port or sheltered area and generally help with transfer of any injured or distressed persons on board to the medical services. What has gone wrong here? It would appear that heavy handed local harbour staff decided that as the vessel no longer needed a lifeboat, that they now had the right to escort or tow the vessel into their harbour and charge for this service. I dont think Lifeboats can ever make salvage claims or charge for their services. I am sure this is not the case with harbour boats. or tugs. Who knows what happened here??
To place a comment please login Login »