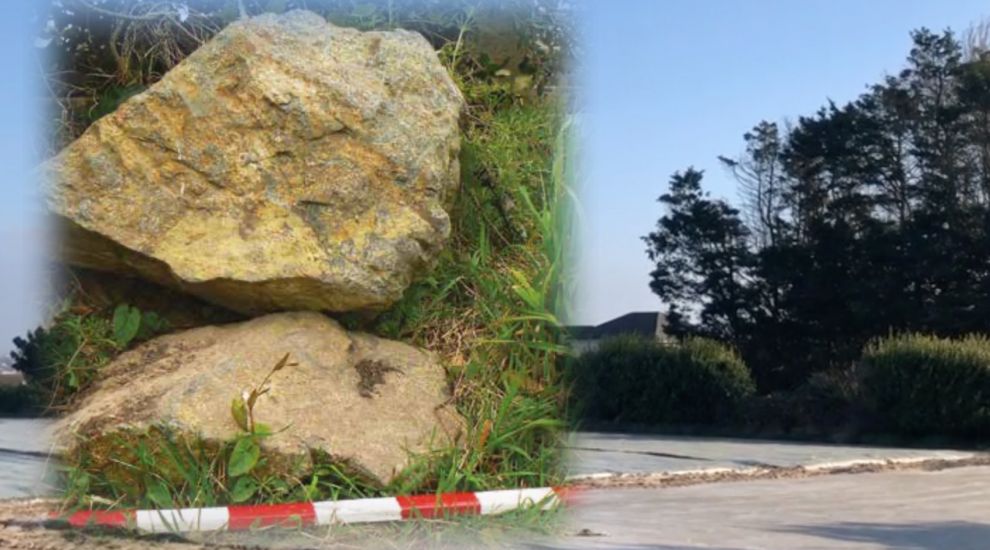 A field earmarked for a new hospital block, which history experts claim could be the former home of a Neolithic monument, is to be surveyed in the coming weeks.

Field 1550 is currently singled in the hospital plans to become a 'Knowledge Block', housing teaching and administrative facilities, with an accompanying carpark.

However, members of Société Jersiaise believe that it could be the ‘lost’ site of the Mont Patibulaire dolmen and had expressed hopes that a survey of the site would be able to take place before any construction work is carried out.

Richard de Gruchy, Legacy Director for the Our Hospital Project, has now confirmed to Express that a survey will be undertaken in the coming weeks.

"Members of our design and planning team met with the Government of Jersey’s historic environment officer in early April and it was agreed that, in the context of the archaeological sensitivity of these fields, there was the need to undertake a site walkover of Field 1550 and a survey to inform the Environmental Impact Assessment that will be undertaken and reported in the main hospital planning application.

"This will comprise a geophysical survey, and we are aiming for this to be completed in the next few weeks."

Geophysical surveys involve using physical sensing techniques that help with archeological mapping. If Field 1550 is the site of the lost dolmen, the survey may be able to reveal “stone sockets”, which will ultimately help figure out whether any monument existed and what pattern the stones may have followed.

Mr De Gruchy added: "We have been waiting for the right time and this is influenced by obtaining the necessary access to the land, the ground conditions (as the land is used to grow potatoes), and the availability of specialist equipment, which will need to come from the UK."

Société member, Nick Aubin, wrote a report in 2018 on Jersey’s ‘lost’ Neolithic passages reside, concluding that Field 1550 was the site of the Rouge Bouillon/Mont Patibulaire megalith mentioned by historians in the 1700s and 1800s.

His theory was reinforced by large stones (pictured top) he found near the entrance of the field when he visited the site. 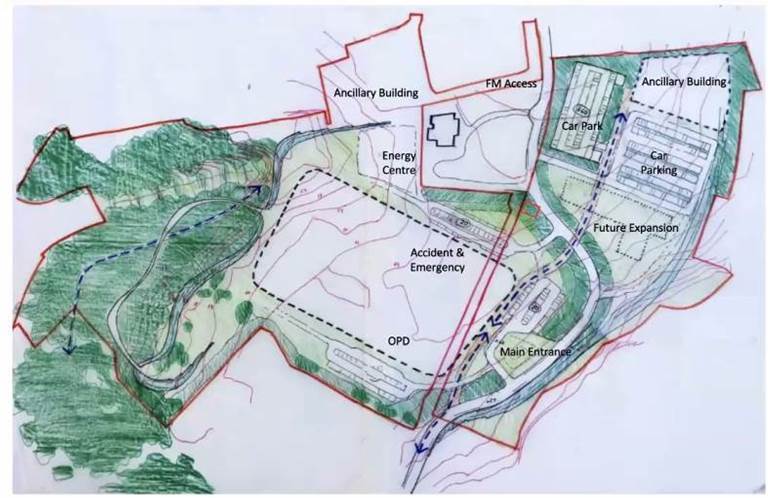 Pictured: Plans shared with the neighbourhood forum in February showed a car park on Field 1550.

He told Express earlier this year: “It’s a very distinctive rock with distinctive crystals… And I found an identical outcrop with the help of a geologist down south of the Victoria Marine Lake on the beach.

"It occurred to me that a quarryman on the hill isn’t going to go to the trouble of bringing rock from all the way down there up onto a hill, but the Neolithic people did drag rocks off the beach, coastal rocks, we’ve seen it at La Hougue Bie and elsewhere.

"So I thought it might possibly be one of the fragments of rock mentioned in the 1800s."

Touching on why a survey of the Field 1550 site would be helpful before any development takes place, he added: “Now one might think if all the stones are gone, there’s nothing there to see, nothing there to excavate. But, of course, you’ve got all the stone sockets there. The flooring would probably be the base of the floor, deposits on it would be covered with Occupation debris…so there is actually potentially quite a lot of archeology there."

Posted by nigel pearce on May 21st, 2021
Yet another reason not to build the new hospital at Overdale.
Posted by Scott Mills on May 21st, 2021
If they that bothered about historical relics, why not request the mont de la ville dolmen be returned to the island, from a private estate in henley-on-thames.
Posted by Julien T.Noel54 on May 21st, 2021
I hope this site is indeed on the protected list. I have seen newts and bats there. I have even seen a lesser spotted chief minister and some yellow feathered moles. I think these are on a very protected list
To place a comment please login Login »