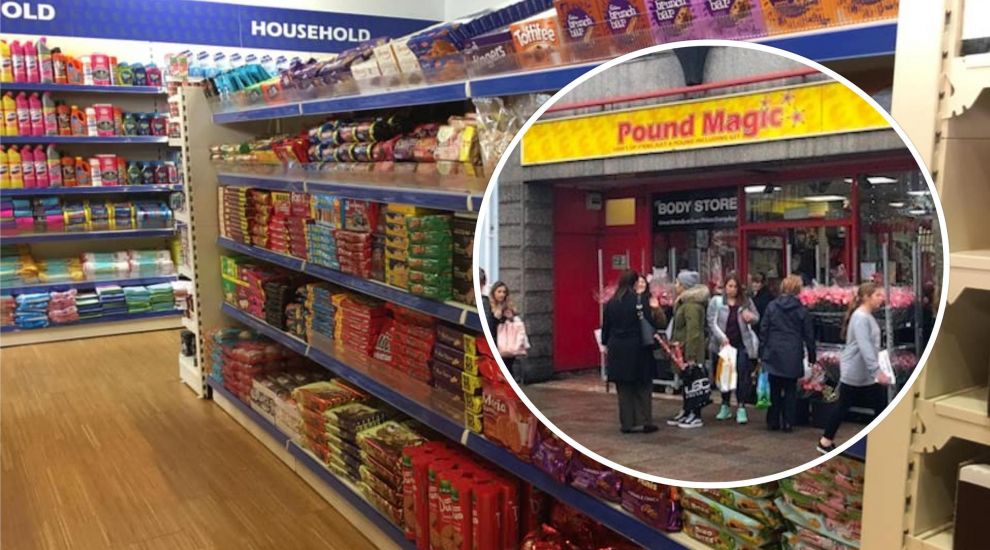 And for its next trick…Pound Magic has returned to town nearly two years after disappearing.

The retailer has set up shop in the former iQ Apple Store premises in Beresford Street.

At the time, the company, which sells most items for £1 and also has a store at Les Quennevais, said it hoped to find a new premises by March or April 2018, but did not manage to make its anticipated return to town until today.

Owners announced the opening on Facebook last night, commenting: “We are looking forward to seeing all our new and loyal customers!”

Islanders warmly welcomed the news, which was accompanied by several photos of the items on sale, ranging from homeware to cosmetics.

“Yaaaay! Horray! My god I’ve missed you,” one said.

Another reacted: “Fantastic news, I for one will be happy to see it back in town.”

Pictured top: Old and new - the former Pound Magic store in Broad Street, and the fully-stocked shelves of the new store on Beresford Street. (Pound Magic/Facebook)