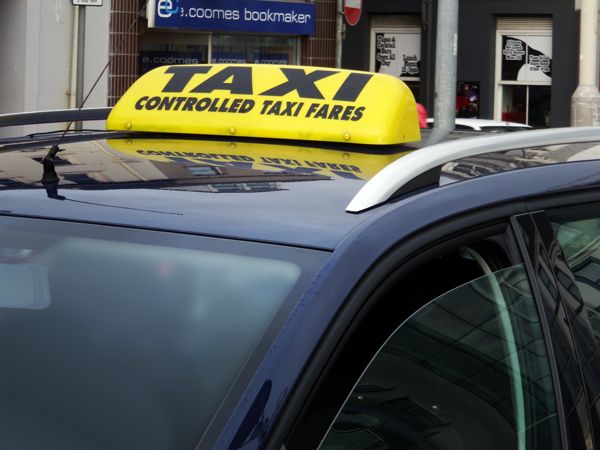 Concerns over the safety of ‘Jersey Lifts’ have resurfaced after one 18-year-old girl exposed instances of potentially "predatory" behaviour occurring on the page.

The Facebook group – an online space in which islanders advertise lifts in exchange for cash, predominantly used by 18-25 year olds – has been controversial since its inception in 2012 due to fears over passenger safety.

These worries were brought to light again when Keira Harris (18) shared her story of one user who messaged her inappropriately for months after having given her a lift.

In a series of screenshots, she revealed that the user had sent her lewd messages to which she did not reply, including: “Hi darling, You so hot, R u free"

Miss Harris also shared another instance in which the same user only offered a lift to her friend after asking, “…Is she a girl or boy what she look like” and demanding that she “send a pic” in advance. Upon learning that Miss Harris’ friend was male, the driver refused.

“I wanted to inform everyone on the page because it was clear to me his intentions were not the best,” she told Express.

“He has been messaging me inappropriate things for a while now but I have always ignored and never thought much of it, but that weekend it hit me that it could affect the safety of someone younger and more vulnerable than me."

As of October 2016, all taxi-cab drivers became subject to a compulsory enhanced disclosure and barring service (DBS) check – a criminal record verification process designed to increase public safety. The check costs around £70 and has to be completed on a three-yearly basis. ‘Jersey Lifts’ drivers, however, do not fall under this ruling.

“We feel they [Jersey Lifts drivers] are not regulated. It’s dangerous… If a group of youngsters know each other, that’s fine… What we do have a problem with is when you have people openly advertising to complete strangers. From a safety angle, you have strangers picking up people they don’t know and you have people getting into strangers’ cars.

“To think that in Jersey things don’t happen is naïve because they certainly do. Unfortunately, I think it’s going to take something serious to happen – someone getting assaulted or raped – before it sets off alarm bells [for Jersey Lifts users].”

With the Police’s input, however, Mr Tostevin said that the association remained, “…hopeful something will be done.”

Back in 2014, the Police interviewed nearly 30 people regarding Jersey Lifts. However, an Freedom of Information request revealed that there have been no convictions since the page was set up.

The Police declined to comment on this occasion, but advised that islanders – both parents and older passengers - heed their previous warnings.

At the time, Police Inspector Mark Coxshall had described, “...predatory behaviour in order to target young vulnerable girls” as, “...a real concern.”

Despite her negative experience, Miss Harris commented that she would continue to use Jersey Lifts due to high taxi prices.

“It still wouldn't encourage me to use a taxi as the prices are ridiculous and I would continue to use Jersey Lifts as long as I either knew the person or had mutual friends and knew they didn't have any bad intentions.

“Other than this I have never had a bad experience with Jersey Lifts and do think when it's used responsibly and not taken advantage of it can be great.”

Posted by Jeanette Evans on Jan 6th, 2017
After reading miss Harris comment about continuing to use jersey lifts I am shocked
Posted by john garner on Jan 6th, 2017
It is shocking that the lady concerned feels she has no choice in the matter because of the high taxi prices.
Posted by Michael Tostevin on Jan 6th, 2017
As a Public Rank Taxi driver I have had many instances where my passengers have commented that in fact my fare was less than they have paid for Jersey Lifts. It has been proven many times that Jersey Public Rank Taxis are in around 25th place in a national fare comparison chart despite Jersey being one of the most expensive places to live. Also if you were in my Taxi and we were unfortunate enough to be involved in a serious accident you would be covered by my full Taxi insurance. Jersey Lift drivers are invalidating their insurance (are uninsured) when they carry passengers for reward, so maybe not such a cheap trip after all especially if something goes wrong.
Posted by derek marsh on Jan 8th, 2017
yes i agree with mr tosteven it is only time tat someone is killed or raped with jersey lifts , not good and it should be stopped now
To place a comment please login Login »