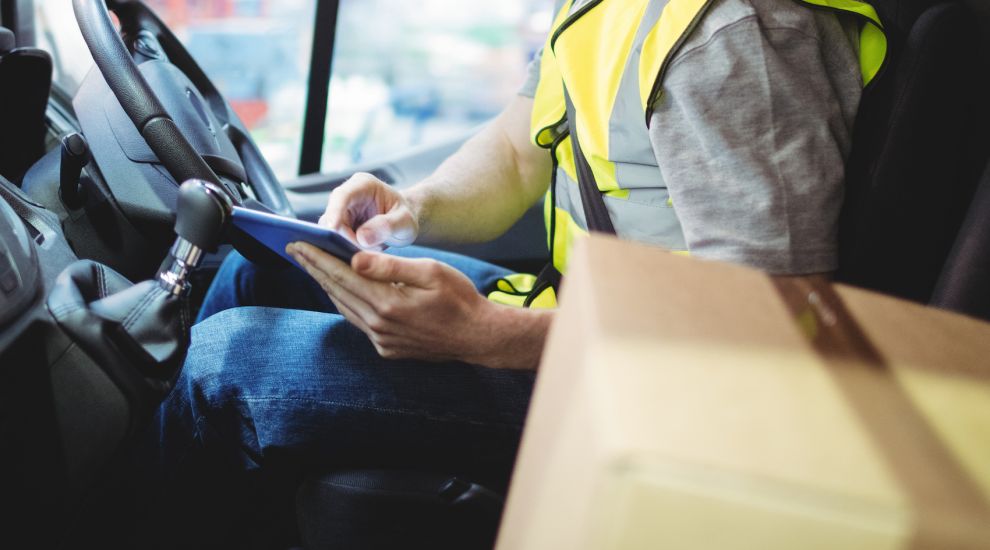 The Health and Safety Inspectorate is investigating allegations in relation to the retail supply chain cluster of covid cases, it has been confirmed.

The cluster, which the Government said arose from “poor behaviour” and staff working without PPE and while symptomatic, resulted in the planned reopening of non-essential retail today to be called off over fears that the virus could have spread further in the sector.

Deputy Richard Renouf explained yesterday: “The cluster has appeared in the supply chain for the retail sector and seems to have spread through staff working in transport and deliveries.

"This means it could affect multiple sites including non-essential retail outlets. Public health and medical colleagues will spend the next few days testing and tracing all possible contacts."

Pictured: The Health Minister said the cases were the result of "poor behaviour and a lack of adherence to the most basic of hygiene guidelines". Some staff were working while symptomatic.

He continued: "This cluster is a result of poor behaviour and a lack of adherence to the most basic of hygiene guidelines, with some staff working while symptomatic. They were found not to be wearing PPE, and now we must trace around 200 possible direct contacts.”

Responding to questions from Express, the Government said that it would not be naming the company involved while investigations continue this week.

They assured, however that “appropriate enforcement action will be pursued against any business found to be flouting the guidance.”

Health and Safety Inspectorate Director Tammy Fage confirmed to Express that allegations had been brought to the unit in connection to the cluster which are being investigated. She declined to comment further while the investigation remains live.

Individuals and businesses found not to have complied with covid rules may face court and heavy financial penalties.

Pictured: Businesses can be taken to court and face heavy fines if found not to have complied with covid rules.

Testing of staff and contacts is taking place this week in response to the outbreak.

Government officials would not confirm whether these cases were linked with the supply chain cluster.

The Government first became aware of a potential issue on Monday after worker with symptoms was seen by medics.

Officials, including the Chair of STAC, discussed the matter late into the evening, and Ministers met the following morning, deciding that the reopening of non-essential retail and indoor recreation venues, such as museums and galleries, should be postponed by “a minimum of seven days.”

Since Monday 25 January, 3 individuals have recovered and 3 new cases have been identified (3 through workforce screening).

The number of active cases in the Island is 143.
81 cases are symptomatic and 62 cases are asymptomatic. 3 are in hospital (-).

As more information about the cluster emerges as a result of the track and trace process and compliance investigations, which may include swabbing items and premises, further decisions are expected to be taken regarding the island’s ‘reconnection’ process and announced later this week.

The Health Minister said “by Friday we should know exactly where we stand.”

He added: "Deep cleaning takes place regularly in essential stores and mask-wearing and good hygiene means that there is no heightened risk to the public from this cluster.”

Retailers - some of whom had less than 24 hours earlier attended a safety briefing with Government, explaining intentions to transform town into a 'mask zone' - expressed their upset at the news on social media, but many said they understood the reasoning. 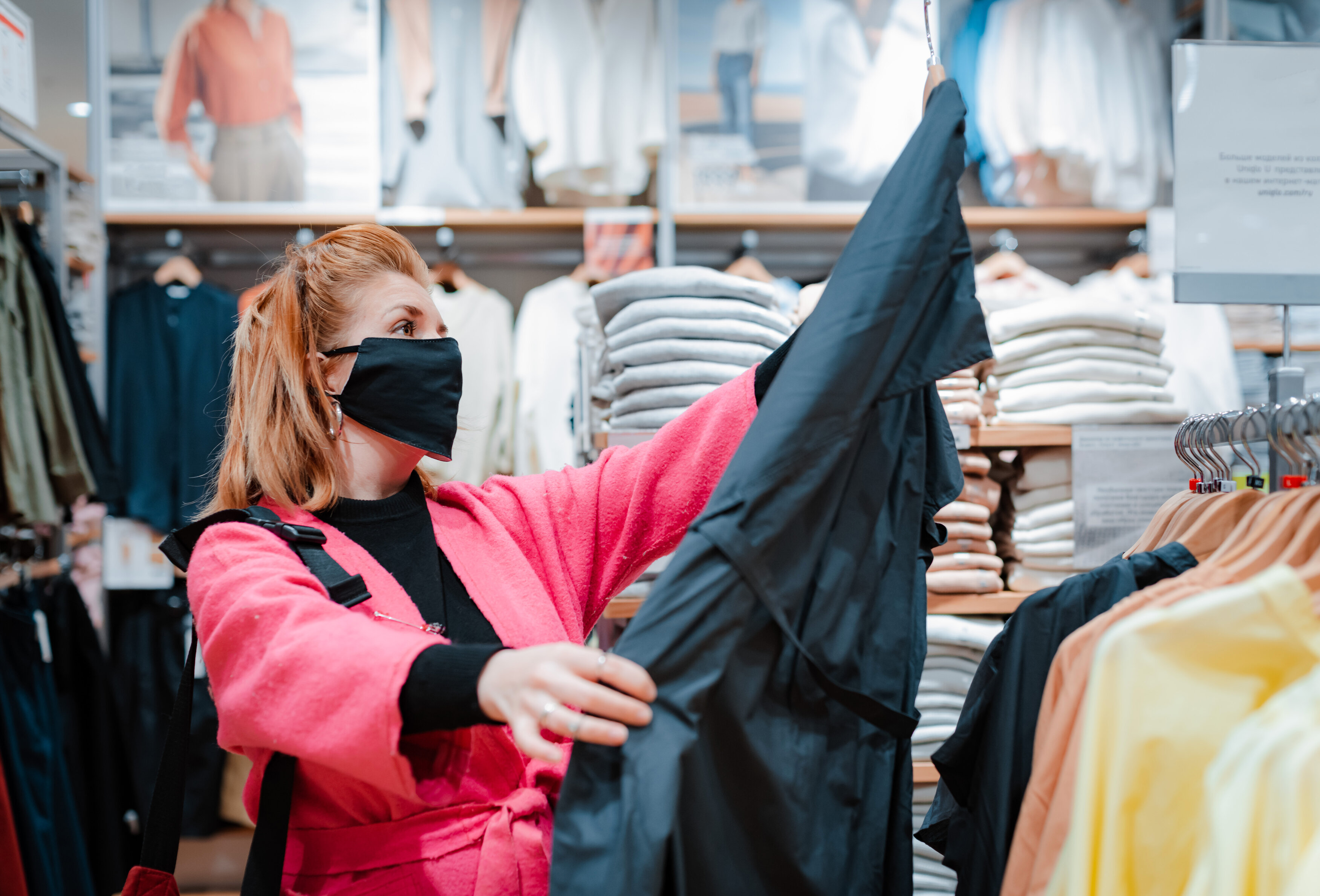 Pictured: There are plans for town to become a 'mask zone' both indoors and outside.

Islanders working within close contact services - including beauty, cosmetics, massage and tattooing - also questioned whether the news meant that they would no longer be able to open next Wednesday (7 February) as planned.

Chamber of Commerce CEO Murray Norton commented: “Disappointed for every sector that will now have another week added to the delay in reopening too.

“It was the only call that could be made though. #SafetyFirst”

Disappointed for every sector that will now have another week added to the delay in reopening too. It was the only call that could be made though. #SafetyFirst https://t.co/VRMU8XvNnh

The current process for exiting from what has been dubbed 'lockdown lite' is based on the relative risk level posed by each sector or activity.

Based on the advice of STAC, Ministers will be maintaining a three-week gap between each stage in the reconnection process so as to chart the impact of each opening.

The estimated impact level of each of the different covid relaxations...

(Compiled by the Government of Jersey) 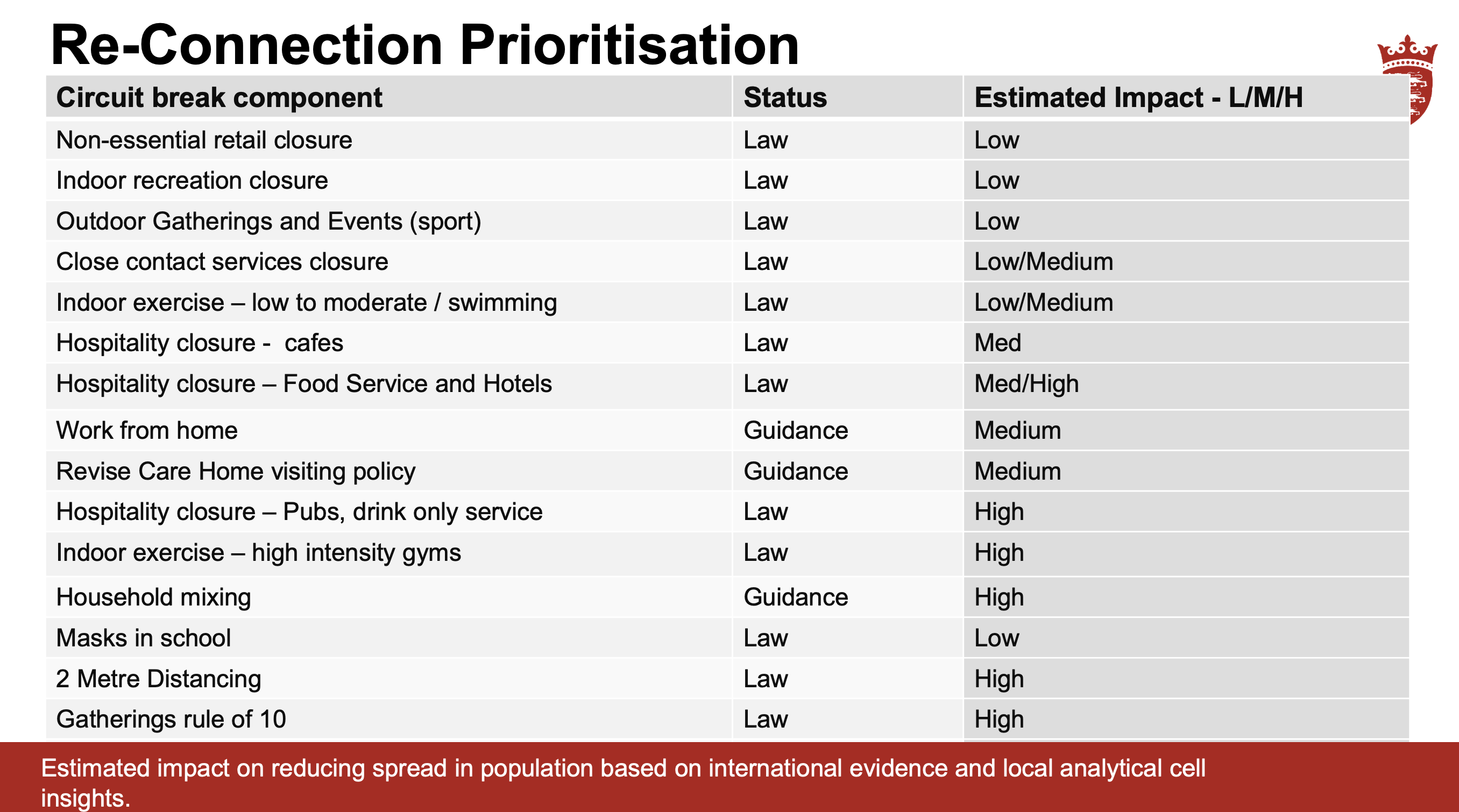 Posted by Valerie Payne on Jan 27th, 2021
I really want swimming pools to re-open, I normally swim every day but the sea is too cold for me. At the pool I use I am often the only person swimming. Surely owners could organise set times for people to use facilities without risk?
Posted by Steven Lamb on Feb 1st, 2021
I would like to thank The Minister for Health and Social Services for delaying the re-opening of non essential shops last week....not ! No mention yet of the over-reaction to the supposed #supplychaincluster !!! All closed sector openings put back a week for what ? 6 cases ?
To place a comment please login Login »