The Royal Court has taken the rare step of allowing an islander to withdraw his guilty plea to an assault on his wife and ceased proceedings against him over concerns his "significant learning difficulty" may have meant he didn't fully understand legal advice given to him.

The case arose following an incident in December 2019 during which Mr X - who the Court has not named to protect his anonymity - allegedly attacked his wife after leaving a pub in town.

When the police arrived, Mr X denied assaulting his wife, who the court heard was also "vulnerable", and said he had put his hands on her shoulders to calm her down. He later maintained that he wished to stop her from walking out into the road. 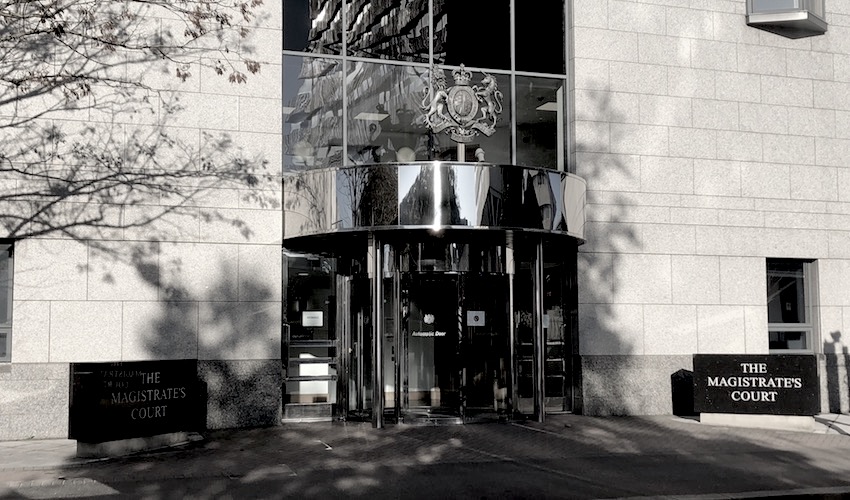 Pictured: Mr X had entered a guilty plea last year before the Magistrate Court and later appealed to withdraw his plea.

Following advice from his Duty Advocate, Mark Boothman, whom he only spoke to on the phone due to covid-19 restrictions, Mr X admitted one charge of common assault on the basis that “he had never threatened his wife with breaking her legs and that he had never had his arm around her neck”.

The Court heard that a Probation Report prepared for a hearing before the Magistrate’s Court on 29 June 2020 noted Mr X’s IQ had been assessed as being 58 in 2002, which constituted a “significant learning difficulty”, and that he was “illiterate and unable to tell the time”.

In addition, the Learning Disability Service said Mr X had “evident language processing difficulties and memory deficits”, adding that all communication with him should be undertaken in person, and not over the phone, to enable him to process the information better.

Advocate Binnie suggested the Assistant Magistrate had been wrong to dismiss Mr X’s application due to his issues with “communication, information processing and memory”. She also said he should have been given an intermediary to assist him during the proceedings and to obtain legal advice.

The Royal Court said there were “concerns” as to how the guilty plea had been entered due to Mr X’s personal circumstances and the fact he had received legal advice over the phone meaning Advocate Boothman, who wasn’t aware of his issues, couldn’t assess whether Mr X fully understood the advice.

Pictured: The Royal Court noted Mr X’s desire to enter a not guilty plea was “entirely consistent” with what he had told police officers on the day of the incident.

The Court noted that in his statement Advocate Boothman had said he would have considered not entering a plea if he had been aware of Mr X’s issues so that he could obtain legal and discuss matters more fully with his appointed lawyer.

The Royal Court also noted Mr X’s desire to enter a not guilty plea was “entirely consistent” with what he had told police officers on the day of the incident.

In their judgment, they went on to write the Assistant Magistrate “fell into error” in concluding that Mr X would have no defence to the charge, on the basis he had “intentionally applied force” and that it was sufficient for the criminal offence of assault.

They added that they felt Mr X may not have understood that what he had admitted could on one analysis amount to an offence, leaving him with a sense of injustice.

The Royal Court allowed Mr X’s appeal and decided that the prosecution against should be stayed. Their decision was based on the fact the alleged assault had taken place 15 months prior and that both Mr X and his wife could be expected to give “very unreliable evidence”.

“The personal features of the Appellant are such that it is probable that he would be unable to recall very much by way of detail of the events of that evening at all,” they wrote. “We have real doubt as to whether any fair trial could take place at this stage.”

The Court also noted Mr X’s wife had not made a complaint to the police and that the prosecution had accepted Mr X’s version of events – namely that he wanted “to prevent his wife from walking out onto the road, without any intention or desire to hurt her in any way”.

Describing the alleged offence as being “at the bottom end of the scale of a criminal assault”, the Court concluded that it shouldn’t “trouble the criminal courts of this island any further” on the matter.