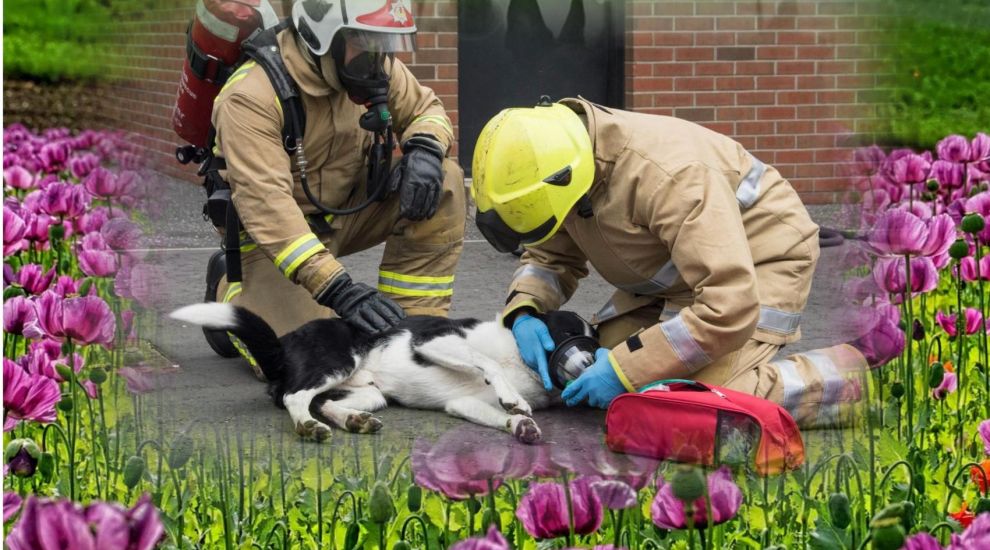 A new Remembrance Day campaign will see traditional red poppies complimented by purple to honour animals sacrificed in the line of duty, while sup-paw-ting a charity that provides oxygen masks to pets caught in fires.

The Purple Poppy Appeal was brought to the island with the help of TM Legal.

All money raised by the appeal will go towards supporting Smokey Paws, as well as the Horse Trust.

The former provides oxygen masks specifically designed to provide essential care to pets on the scene of a house fire.

Meanwhile, the Horse Trust, which was founded in 1886, focuses on the wellbeing of horses.

Among the wide range of services offered by the Trust is the provision of a rest home for horses from the police and military.

Speaking about the campaign, Lindsay Edwards-Thatcher of TM Legal explained: "We know that the traditional red poppy is well established in Jersey but remembrance of the sacrifice made by animals in the many spheres of service is less well-recognised. The campaign by Murphy’s Army Purple Poppy appeal is a simple but effective way of bringing this vital element of Remembrance to the attention of everyone."

Video: One of the horses supported by The Horse Trust.

Lindsay added: "This year we are delighted to announce that the funds raised by the Purple Poppy appeal will be shared between The Horse Trust and Smokey Paws, two charities that work to support animals in times of retirement from service and danger, respectively."

Commenting on the support the Purple Poppy appeal has received from Jersey businesses so far, Lindsay noted: "This appeal only works if we can get the poppies out into the community and distributed. We are immensely grateful for the support from New Era Veterinary Hospital, Mark Howe Flowers, Le Braye Café, The Sinful Vegan Café, Carrefour Health Clubs, Animal Kingdom St John and JFTU to name a few."

The small team behind the appeal in Jersey will also be attending St Mary’s Remembrance Service on Sunday 10 November on horseback and with dogs.

Pictured top: One of the charities supported by the Purple Poppy Appeal locally will be Smokey Paws. (Smokey Paws/Facebook)