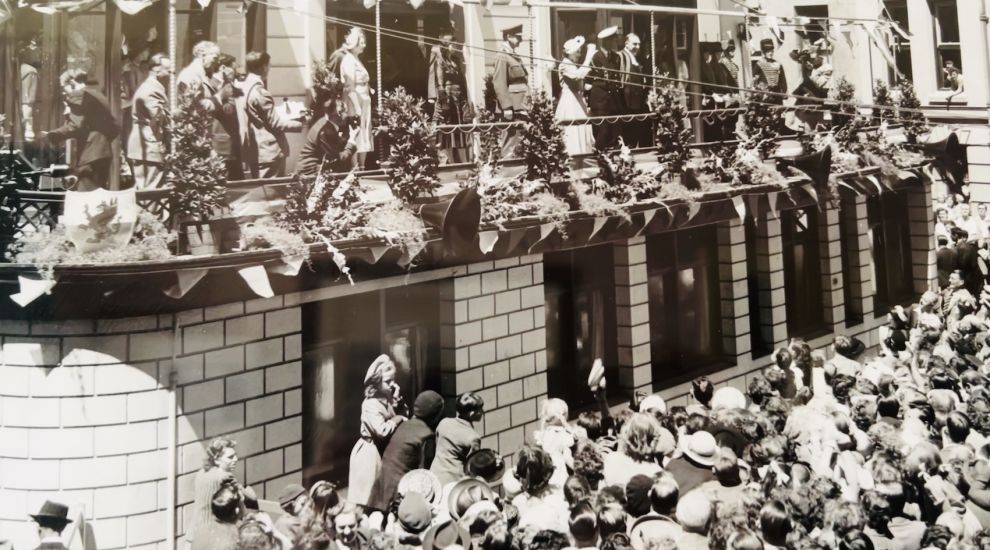 It was in 1949, less than five years after the Occupation had ended, that Princess Elizabeth made her first visit to Jersey.

Her Majesty was 96 years old when she died, having come to the throne in 1952, by far the oldest and longest serving Royal Great Britain has ever known.

When she was crowned ‘The Winds of Change’ were just beginning to blow and the last vestiges of Empire were giving way to a Commonwealth of Nations. In this new role as the head of the Commonwealth, she criss-crossed the globe.

In the early part of her reign, she travelled as most of her predecessors had: by boat and train. But later, advances in aviation, particularly the jet engine, revolutionised travel, and shrunk the world making visits to far-flung destinations more practical. However, this punishing globetrotting lifestyle did not come at the expense of tours closer to home. She came to Jersey on six occasions, more than any other monarch.

While those visits to Jersey often had a common thread – States sittings, the Homage of the Seigneurs, cattle shows, unveiling of monuments and opening of buildings, and chances for the Island’s schoolchildren to meet her – there was also another common thread: a gradual informality, as, over the years, stiff presentations and inspections gave way to more relaxed ‘walkabouts’.

Over the coming days, Express will be looking back on each of those visits. Today, we begin with her first visit in 1949…

It was in 1949, less than five years after the Occupation had ended, that Princess Elizabeth made her first visit to the island. Together with her husband, the Duke of Edinburgh, whom she had married just two years earlier, their one-day visit was part of a wider three-day tour of the Channel Islands.

At the time, Jersey’s States had a budget surplus of £1m, had agreed to spend £105,000 on modernizing the Airport, the RNLI presented lifeboat coxswain Tommy King with its gold medal, and there was motor racing on Victoria Avenue.

At 11:30 on the morning of Wednesday 22 June, the mighty battleship HMS Anson moored in St. Aubin’s Bay, and the couple transferred to the Royal Barge, which whisked them to the Albert Pier.

There, hundreds of well-wishers, most of them children, greeted the couple. Amongst them was 17-year-old Sylvia Layzell (in 2001 she was Mrs Brazier living in Canada), who presented the princess with the first of that day’s three bouquets.

The couple then drove to the Royal Square, where the Bailiff, Sir Alexander Coutanche, met them and took them on a guided tour of the Royal Court and the States Chamber. A special States Assembly sitting was convened and later broadcast nationally on BBC radio.

A few members of the public were also allowed to attend, amongst them Mr C V Le Quesne of Fern Hill, Mont à l’Abbé, who was so eager to see the princess he had been sat on the Royal Courtsteps since five in the morning and had gone without breakfast.

At midday, to a peal of bells from the Town Church, the Princess and Duke left the States building and entered the United Club, before re-appearing on the balcony and waving to a packed Royal Square (pictured top).

After a brief visit to Government House to compose themselves, the couple then attended a States luncheon at the Grand Hotel.

In the afternoon, the couple officially opened the Haig Homes for ex-servicemen at Plat Douet, where Sheila Le Breuilly, whose parents lived in one of the homes, presented the second bouquet of the day.

Seated in her car watching the activity from afar was one of the island’s most generous benefactors, Florence Lady Trent, the Jersey-born wife of the founder of Boots the Chemist.

In the afternoon, the couple went on an island tour that encompassed Grouville, St. Martin, Trinity, St. John and St. Lawrence. Their open-top car slowed down to five-miles-an-hour on six stretches of designated road so spectators could get a good view.

3,500 guests – then about six per cent of the population - attended a States reception at Howard Davis Park, which started at 17:30. Rather bizarrely, the police were under strict instructions to only allow official photographers to bring their cameras.

Amongst those presented to the couple were islanders who had escaped during the Occupation. Also in attendance was First World War hero and Jersey postie Jack Counter VC.

A ‘polite correction’ for young Brownie

Brownie Ruth Biddle presented the final bouquet of the day, but the Princess, remembering her own Brownie days, politely corrected her, when, in a break with Brownie etiquette, Ruth proffered her right hand for a shake rather than her left.

Afterwards, while the Princess was at Government House, the Duke went to St Helier Yacht Club to meet amongst others those who had taken part in the ‘Miracle of Saint Malo’, a ‘mini-Dunkirk’ at the beginning of the Second World War in which local yachtsmen had rescued allied service from the advancing Nazi forces.

The couple dined at Government House, and at 22:15 left for the harbour, HMS Anson, and the United Kingdom.

This series is also available in podcast format, and you can listen to the first episode below...