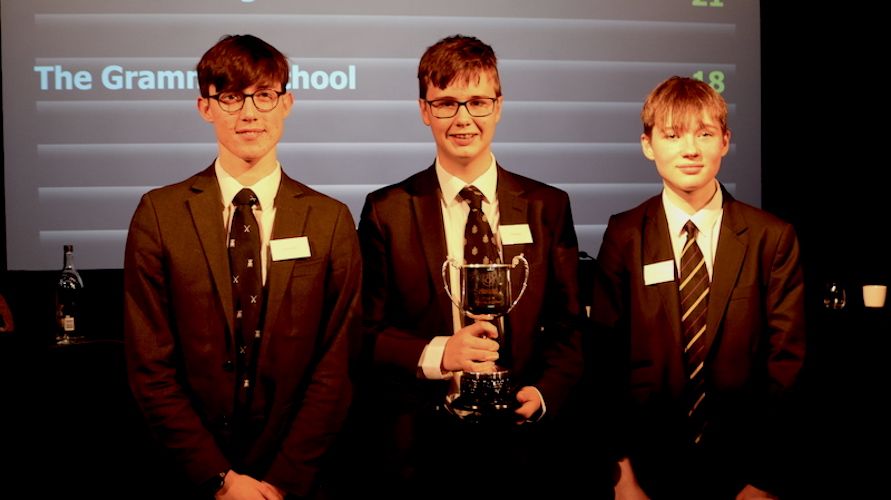 Three teens from Victoria College have quizzed their way to trophy status, beating off competition from Jersey's rival island in the post-16 section of an annual quiz challenge.

The success came in one out of three De Putron Challenge finals the school took part in, having been pipped to the post by Guernsey schools in the Year 6 and Year 8 categories.

In yesterday's quiz session - hosted by Express's Guernsey Editor, Laura Clayton - Vauvert Primary beat a team from Victoria College Prep in the Year 6 challenge, having previously come out on top of their fellow Guernsey teams in the heats at St. James earlier this month.

Vauvert gained a steady lead from the first round, Current Affairs, and won their year group’s Channel Island title by 11 points.

Ben Tooley (10), Vauvert team captain, was excited to participate in his first ever quiz. He said: “It was absolutely brilliant. I enjoyed going over to Jersey and winning a big trophy. My favourite round was Arts and Literature because I answered a lot of the questions.” 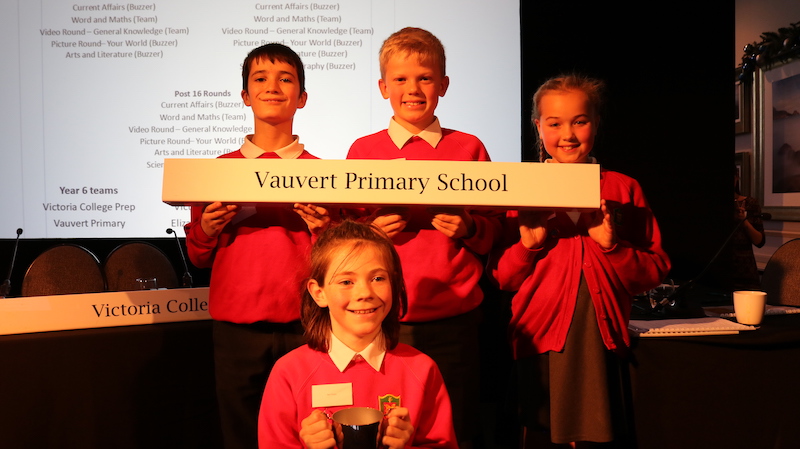 The boys from Elizabeth College's Year 8 team beat a group from Victoria College to bring the title back to the school again.

The teams fought hard throughout a tightly scored contest but Elizabeth College managed to take a clear lead in the Arts and Literature round and won overall with 25 points to Victoria College’s 20. This is Elizabeth College’s fourth consecutive year winning the Year 8 inter-island final.

Henry Hunter (13), Elizabeth College team captain, said: “It feels ecstatic to have won, I took part two years ago in the Year 6 competition and we won that too. Arts and Literature was my best round because I love to read and I have a good memory. It’s been great to come over to Jersey, my team have been invaluable. Being clever is cool so we enjoyed taking part and recommend others do too.”

Victoria College did claim victory in the Post-16 event though, beating the Grammar School and Sixth Form Centre in a tight contest, which went down to the final couple of questions. 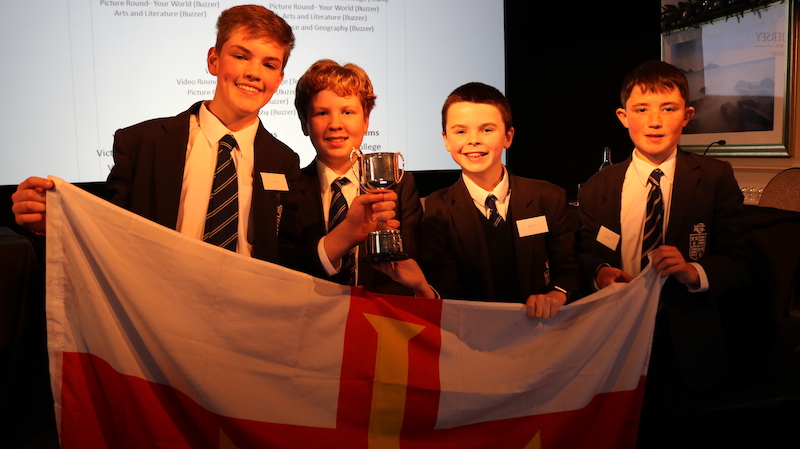 The Guernsey Grammar School took an early lead after the first round which continued until the final round when Victoria College edged ahead in an unexpected turn of events and won with 20 points in the Post 16 final. Both teams showed some great resilience in what was a very difficult Post-16 event, rising to the challenge and posting impressive scores.

Oliver Wilderspin (16), Victoria College team captain, said: “It felt really good to win, we didn’t expect it. We were five points behind before the final round – Science and Geography - so we were quite shocked when we saw the results but very happy. Taking part was a brilliant experience.”

Amanda Simmons, a trustee of the Ana Leaf Foundation, which puts on the quiz, presented the prizes and thanked everyone involved for taking part in what was once again a very hotly contested inter-island final.