Rainbow river to flow through town 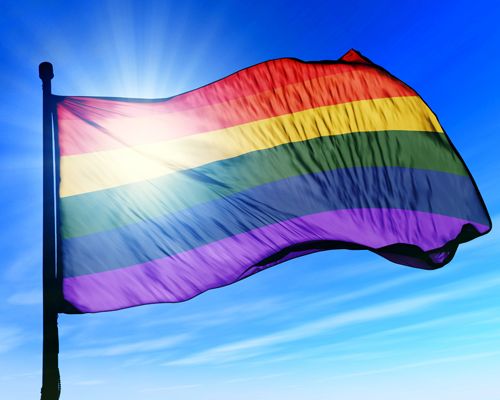 Rainbow river to flow through town

A giant rainbow flag will be flying through town next month for the Channel Islands' first official Pride event and organisers are looking for volunteers to carry it and help create the 'Pride Vibe'.

The 50m flag will be a big focal point as it's carried down the length of Commercial Street on Saturday 12 September.

The flag that has been used at numerous Pride parades around the UK has been loaned to Liberate by the Intercom Trust and Exeter Pride.

Intercom Trust’s Michael Halls said: “We are delighted that our flag will be used in the Channel Islands’ first ever Pride parade. This is a momentous day for Jersey and all the Channel Islands. We are proud to be able to help the celebrations.

"Intercom has been providing help and support for individuals and for other LGBT initiatives across the South West peninsula since 1998. We had the flag made in partnership with Exeter Pride to help build up community pride and spread the equality message wherever the flag was used.”

The first rainbow or pride flag was designed in 1978 by Gilbert Baker in San Francisco. The modern version of it has six colours - red, orange, yellow, green, navy and purple and people all around the world have been making their own giant versions of it for their own Pride celebrations.

Liberate in Jersey’s Chairman Christian May said: “We are very grateful to Intercom Trust and Exeter Pride for loaning us their giant flag. It will create an exciting focal point in the parade and provide everyone with a not-to-be-missed photo opportunity to share on social media; that will tell the world where the Channel Islands now stand on equality.”

Liberate now want to hear from anyone who wants to help create the 'Pride Vibe' on the day and be part of the team that carries the big flag. If you'd like to get involved you can email volunteer@liberate.je

Any businesses who want to fly a rainbow flag on the parade route can get hold of a flag from Pride's official merchandise store Magic Touch in Weighbridge Square.