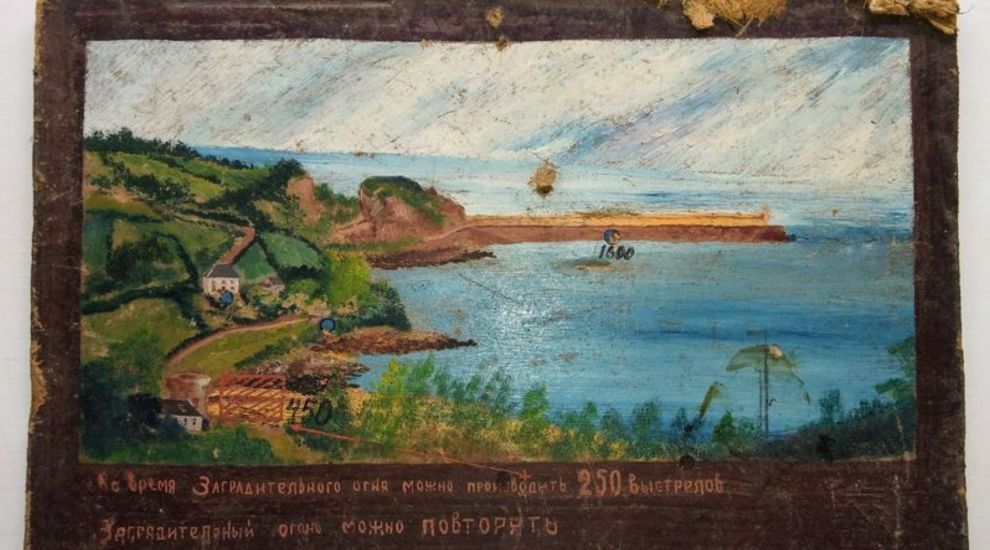 A rare picture from the Occupation showing St Catherine’s breakwater that could have been painted by Russian soldiers serving in the island has been discovered.

The piece was found when Simon Langois and his cousin, art expert and Atelier Ltd Director, Jonathan Voak, were helping clear the belongings of a friend's late parents.

After he and Jonathan eyed the unique find, Simon uploaded a picture to Facebook group ‘Unseen Jersey,’ to see whether anyone was able to point them in the right direction as to where the picture came from.

The post spawned a number of comments on Facebook guessing and figuring out its origins, though full research on the piece has yet to be carried out yet.

A number of the comments pointed to it being a range board, which would help the soldiers identify the distance of objects and places in their vicinity. 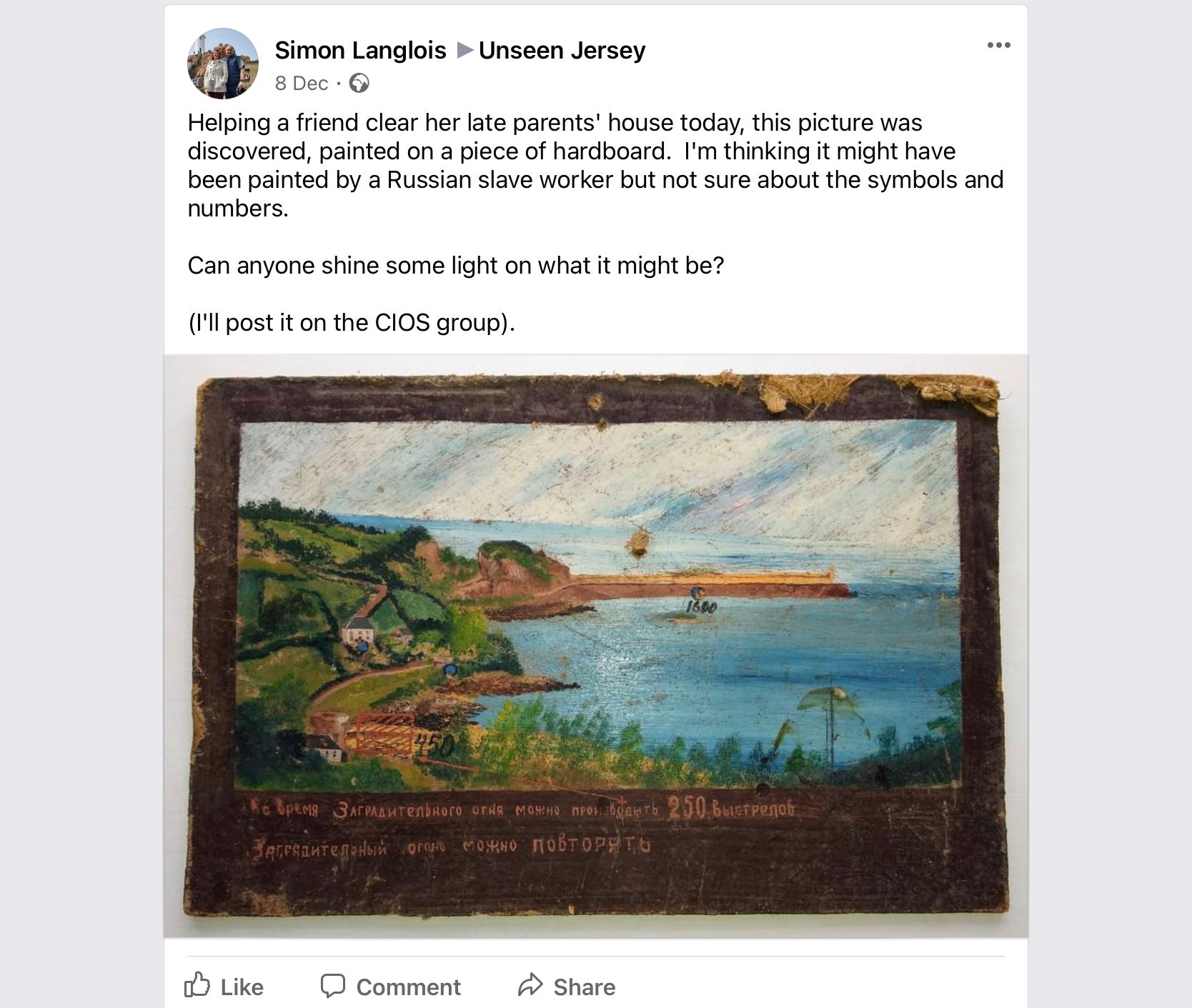 One commenter noted how it “looks like a range board for the Russian troops serving in the German army & who manned this section of the coast.”

They later added: “the unit in question was 643 ROA which was mainly made up of Ukranians. During the Spring of 1944 this unit became IV./582 or 4th Battalion of Grenadier Regiment 582. They manned the coast from north of Gorey around the north coast as far as just past Devil's Hole.”

Another commenter translated its scripture as saying: “At the time of artillery fire you can produce 250 shots. Artillery fire can be repeated.”

Speaking to Express, Jonathan Voak described how it was “a lovely surprise,” and “really unexpected,” though emphasised that there was still much work to be done confirming the exact origin and nature of the piece, and how it had ended up where Jonathan and Simon had found it.

Talking about what stood out, Jonathan said: “seeing the notations on the picture itself immediately suggested to me that it had military connotations and then seeing the Russian script below was also quite surprising.”

Once research has been completed, the picture will be going up for auction at Martel Maides in March.