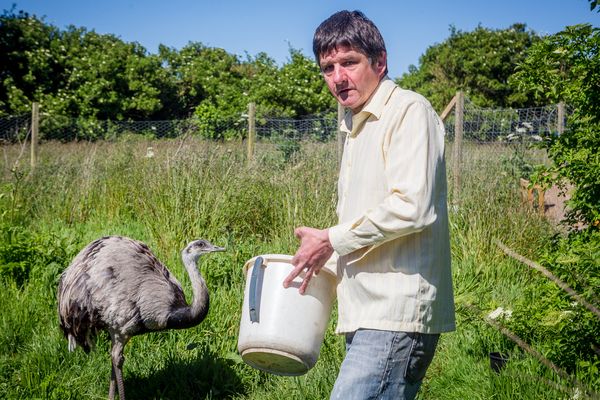 After more than a week on the run around the Island, Rosie-Lee the rhea is safely back at home.

While owner Seamus Nicolle was preparing to get together a team to go out and search for the elusive South American bird, someone turned up at his home with a horsebox – and inside it was the runaway rhea.

She’s still a bit spooked by her week at large, but Seamus told Bailiwick Express that he was delighted to have her back home.

Rosie-Lee went missing ten days ago along with her two male companions – they were quickly recaptured, but she spent a week ducking and diving in the fields around St John and Trinity, eluding everyone who joined in the hunt to bring her back.

Seamus – who has had the rheas for 11 years – has thanked everyone who reported sightings or who helped in the big search effort.

Runaway Rhea on the loose in Jersey