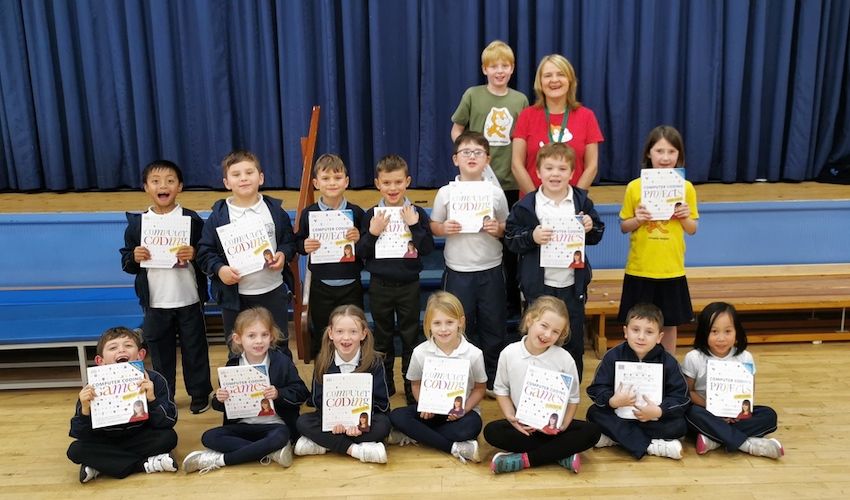 18 youngsters achieved the qualification after attending the free after school club for years 2 and 3, which is voluntarily run by Elaine Feltham and uses a colour block coding language called Scratch.

Elaine started the club three years ago after home schooling her son Ethan during a gap year in South Africa. Scratch programming language was used as part of the curriculum and Elaine decided to offer it as a volunteer to the school.

Scratch, a project of the Lifelong Kindergarten Group at the MIT Media Lab, allows children program interactive stories, games, and animations and share them online. It is aimed to help children think creatively, reason and work as part of a group. 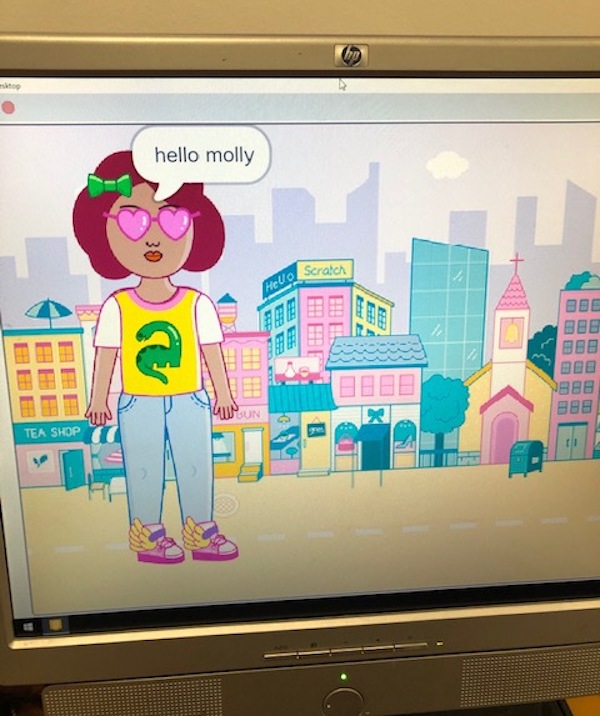 “Pupils work from display cards of their choice to build and code simple computer games, the cards are different levels, ranging from basic to advanced,” Elaine explained.

“All the children have an interest in playing games on their devices such as iPhones, iPads and PS4, teaching them to code and make simple games gives them the ability to understand how these games are designed and built.

The number of pupils joining the club has increased over the last three years and this year saw a record breaking 18 pupils in the class. They all gathered at the school on 27 November for a graduation ceremony. 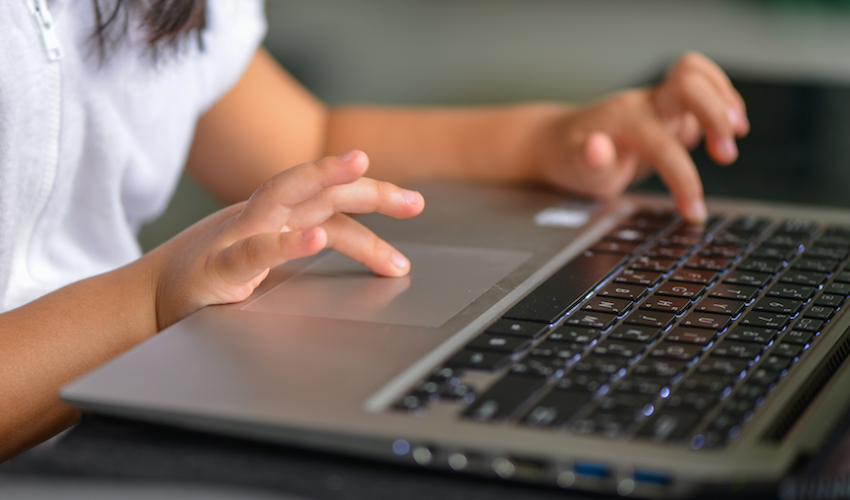 Pictured: A record breaking 18 pupils pass the class this year.

At the end of the ten-week course, children are given a certificate and book, provided by XRM Architects, a local CRM provider, to help them continue to learn to code at home.

“The benefit to the children is that they are all able to learn coding together so that when it is brought to the classroom as part of the curriculum, they have the basic knowledge and understanding of how to code simple computer games,” Elaine said.

Ethan and Sebastian, both 10, have attended the club since it started in 2016 and have now become Scratch Helpers, assisting other pupils where needed. 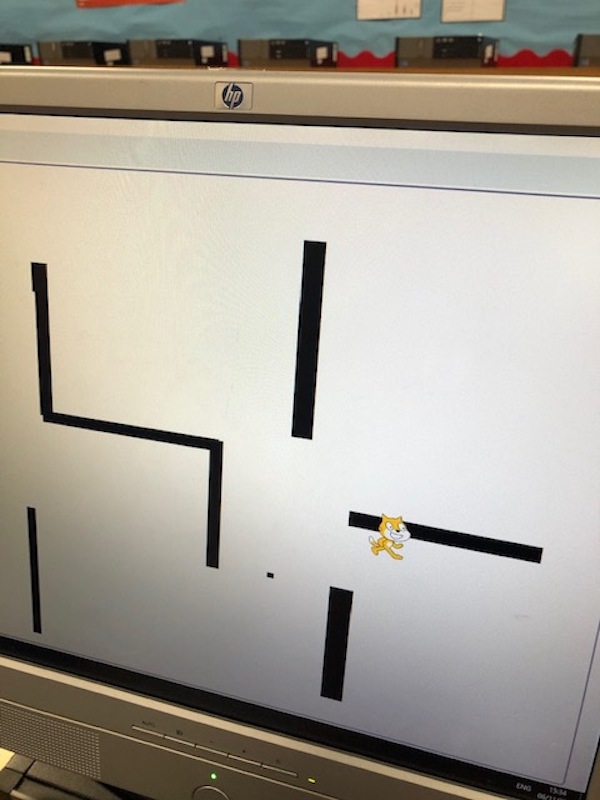 Pictured: Elaine hopes the club will inspire other children to continue coding.

“I love to code and when I leave school, I want to be a programmer as my job, designing games and apps,” Ethan said. “I also, want to be a famous YouTuber.”

She said: “There is a shortage of pupils moving into digital skills creating a global skills gap, by introducing children to programming language earlier will only enhance their interest by giving an introduction to programming and hopefully fulfil the gaps for jobs for the future.”